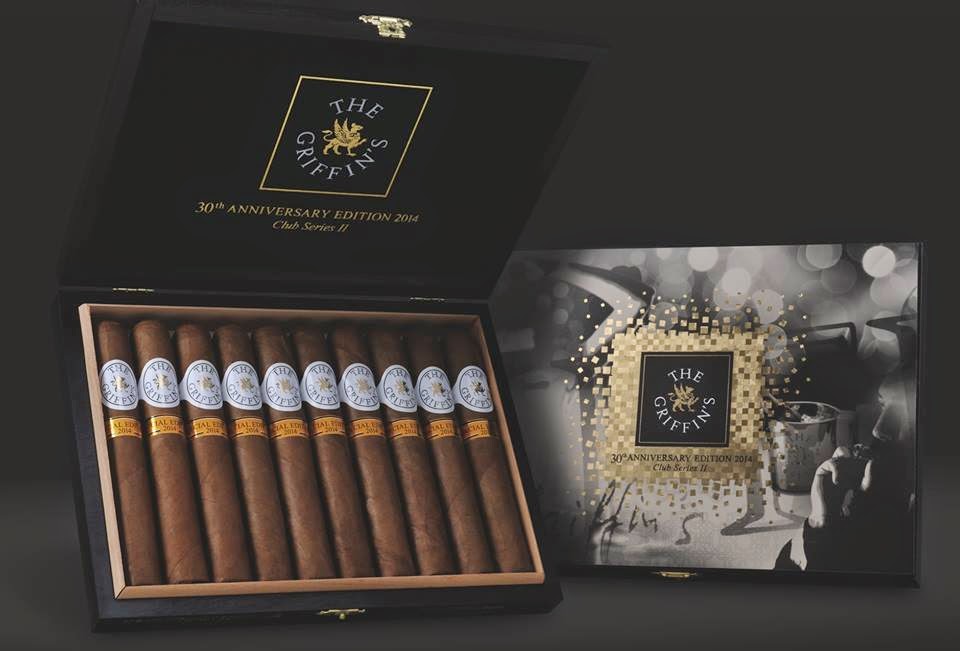 The Griffin’s is a brand in the Davidoff portfolio.  The origins date back to 1964 when Bernard Grobet formed The Griffin’s nightclub in Geneva.  In 1984, Grobet created the first Griffin’s cigar (thus launching The Griffin’s brand) that was meant to be an exclusive to his club. Eventually he started selling the cigar around Switzerland which led to a more widespread distribution.  This ultimately led to the sale of the brand to Oettinger IMEX AG – the parent company of Davidoff.

At a glance, here is a look at The Griffin’s Anniversary Edition 2014 Club Series II:

As mentioned the The Griffin’s Anniversary Edition 2014 Club Series II comes in one size – 5 1/2 x 52 Robusto.  The cigars are packaged in boxes of ten and each cigar goes for $15.88