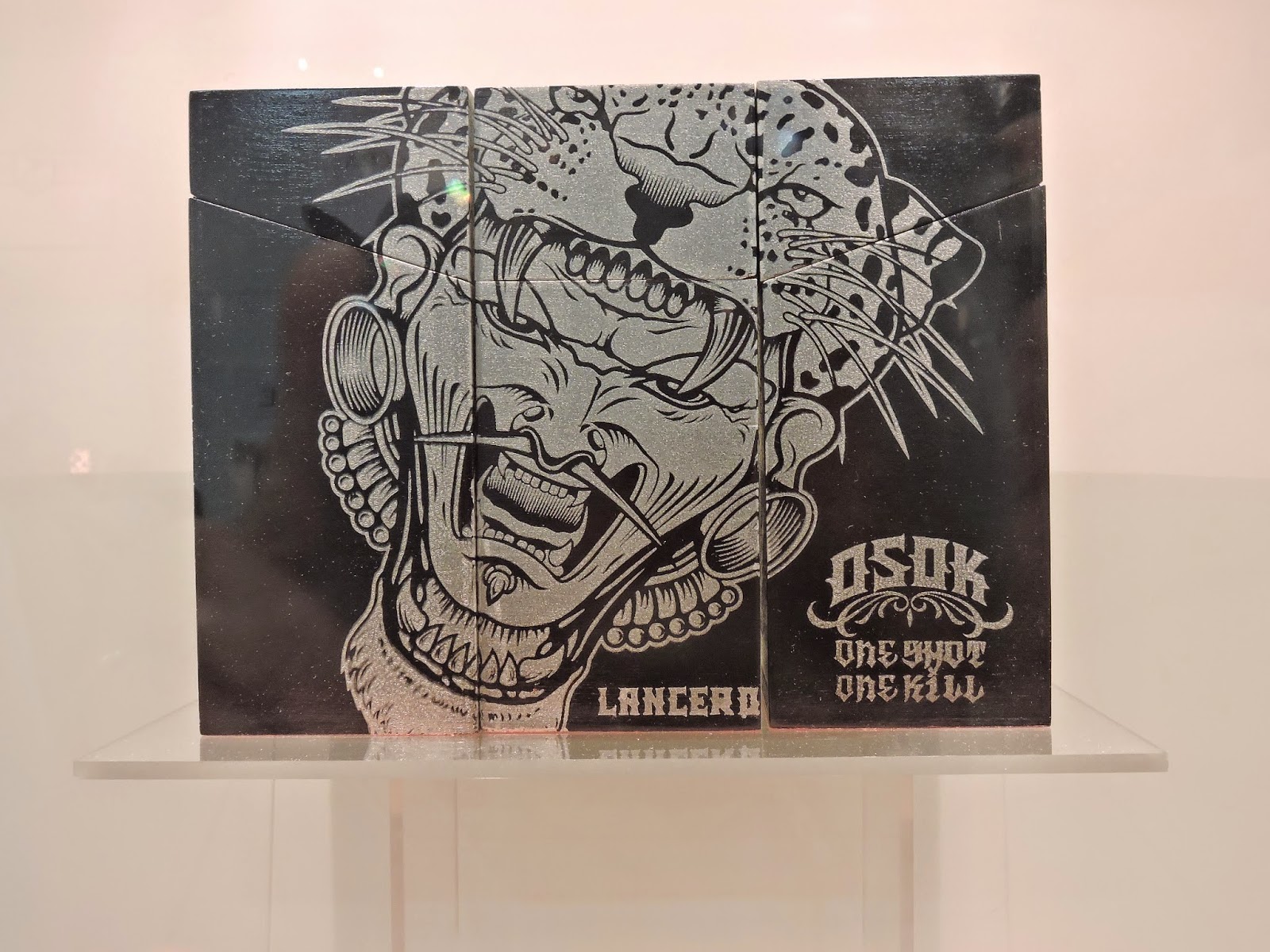 At the 2014 IPCPR Trade Show, Edgar Hoill Cigars introduced two line extensions to its signature OSOK (One Shot One Kill) line.  Both sizes introduce more traditional connoisseur sizes into the OSOK line.  The first is a 4 x 44 called the Cabroncito and the second is a 7 x 38 lancero.

The OSOK line was the second line of cigars launched by Edgar Hoill last year after he came over to CLE Cigar Company (then Fabricas Unidas) to start his own cigar company.  Three of the four original sizes were artesian-styled perfecto / figuardo.