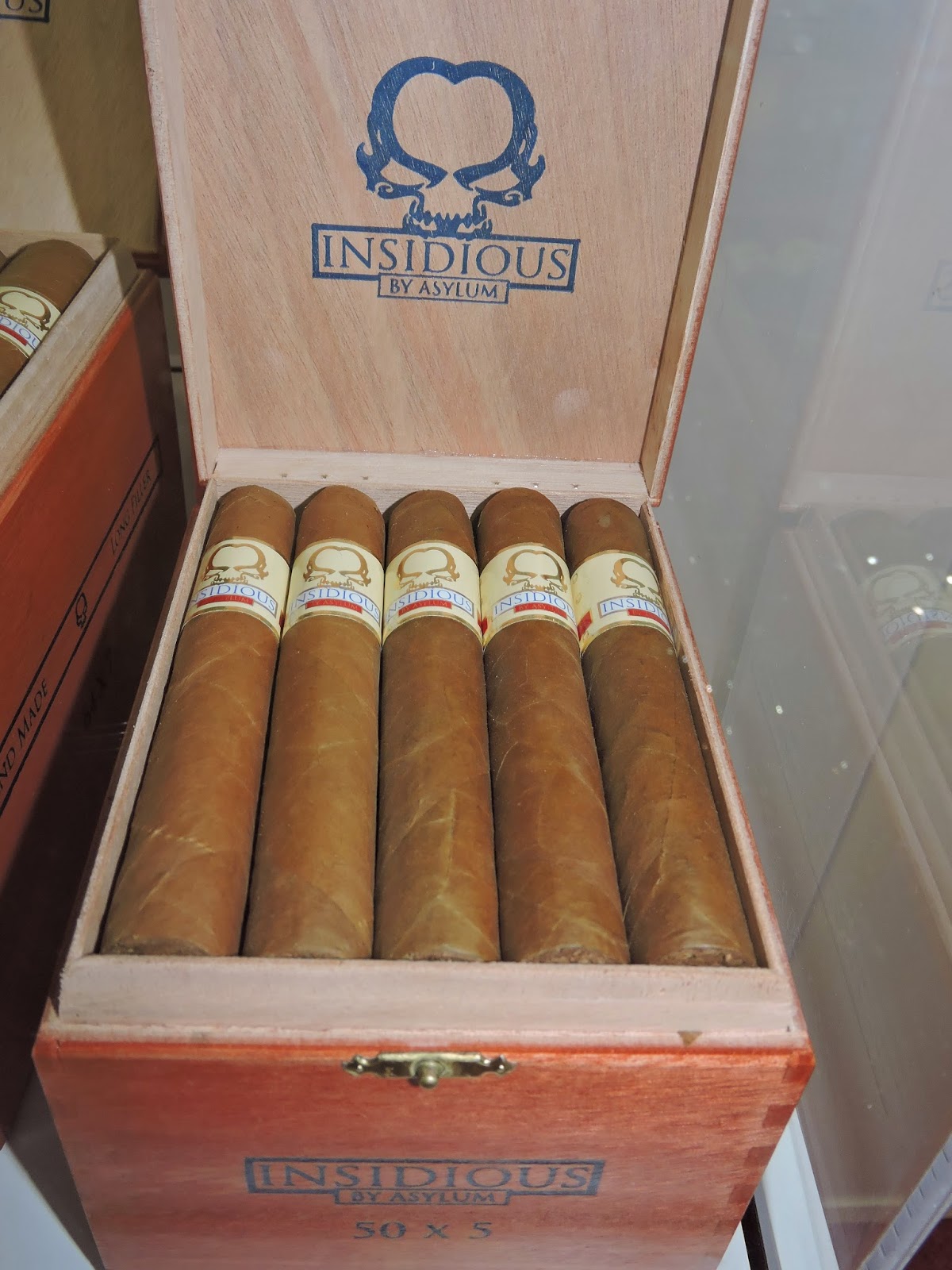 At the 2014 IPCPR Trade Show in Las Vegas, Asylum Cigars showcased their latest line – the Insidious by Asylum.  Asylum Cigars is typically known for bigger and bolder cigars.  This will be a change of pace cigar as it will only have one cigar above a 60 ring gauge.  It will also be a milder offering that we were told would cater to the cigar enthusiast just starting out.

The Insidious will become Asylum’s first Ecuadorian Connecticut offering. The cigar also features a sweet tip cap – something that has been seen on lines such as the Nat Sherman Host line.

The Insidious becomes the seventh line in the Asylum Cigars portfolio joining the Asylum, Asylum 13, Asylum 13 Authentic Corojo, Asylum 13 Ogre, Schizo, and Straight Jacket lines.  Asylum Cigars was founded two years ago and is a partnership with Christian Eiroa and Tom Lazuka.

The cigar is currently en-route to retailers.

At a glance, here is a look at the Insidious by Asylum line:

The Insidious by Asylum will be packaged in boxes of 25.  The line is being launched in five sizes: