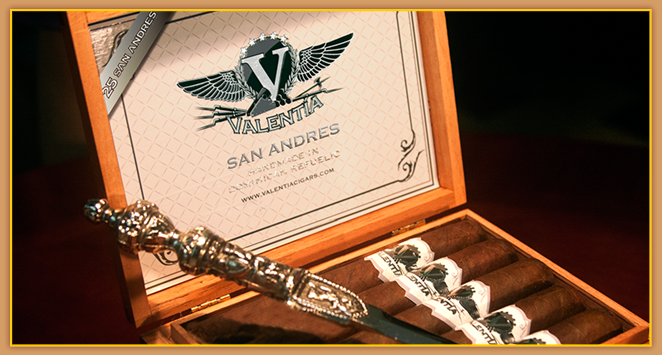 Farmingdale New York based Valentia Cigars has announced a new blend.  The San Andres by Valentia will introduce the company’s first maduro cigar. The cigar is expected to be showcased at the 2014 IPCPR Trade Show.

Valentia Cigars was launched in 2014 and has an interesting giveback story. The company has established a program called “Valentia Assistance for Law Enforcement” (VALE). Under the VALE program, when a tobacconist orders from Valentia, a participating law enforcement agency will receive a credit for law enforcement equipment from a company called Mako.

Valentia has two other core blends in their portfolio – the Valentia and the Lucido by Valentia.  The company also has a cigar called Fuerza Lady – which is marketed to the female audience.

The San Andres by Valentia is made in the Dominican Republic.

The San Andres by Valentia is being launched in one size – a 6 x 56. The cigar is sold in three packs or boxes of 25.