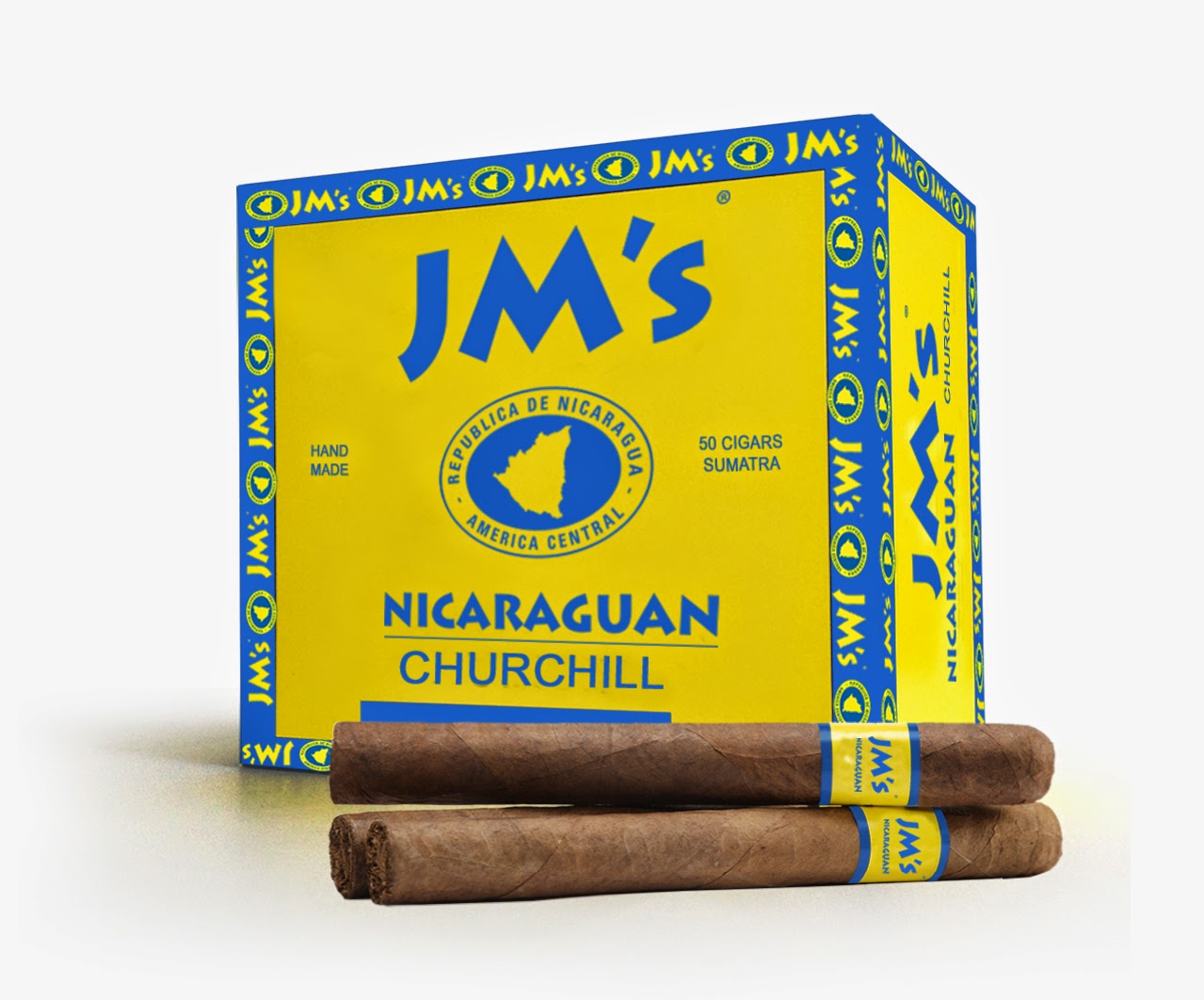 JM Tobacco has officially announced the details around their recently released value-priced Cuban sandwich cigar.  JM’s Nicaraguan is being offered in eight sizes and features either a Sumatra or Maduro wrapper.

Both the Sumatra and Maduro options will feature a maduro fermented Connecticut Broadleaf binder and all Nicaraguan filler.  The cigar is described as a medium-bodied Nicaraguan that delivers a “creamy-smooth smoke with hints of nuts and chocolate.”

Each of the eight vitolas will come punch cut with 50 cigars per box – except for the large ring gordo sizes which hold 24 boxes.

According to company president Anto Mahoukian, JMs Nicaraguan is described as “weet smoke, with a flavor and body that are tailored to the three-to-four-a-day smoker.  The Nicaraguan’s price tag is no deterrent, at less than $3.00 MSRP.”

Over the past few months, JM Tobacco has been working have a consistent marketing and branding approach across its product lines.  Mahroukian says, ““All the box art … graphics and text … is identical between the lines, varying only in their color combinations for easy identification.  The Nicaraguan is yellow, with blue trim … the Nicaraguan flag’s colors.  Everything else is consistent across the JM’s series … box graphics and text, shapes, manufacturer’s suggested retail prices and box counts.  We’ve made it easier for smokers to identify our individual products.”