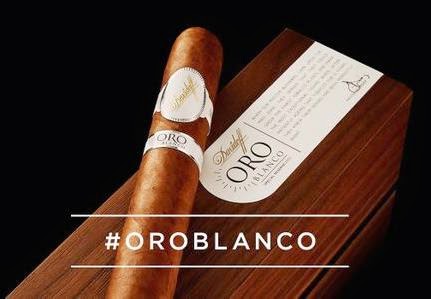 While offerings such as the Davidoff Royal Salamones have come in around the $50.00 range the Oro Blanco blows that number away.  It not only becomes the most expensive Davidoff, it ranks as one of the priciest cigars ever to be released.

The Cigar Aficionado article reports that the Davidoff Oro Blanco will be sold at Davidoff Flagship Stores, however Cigar Coop has been informed by several Davidoff Appointed Merchants that the Oro Blanco has been offered to them.  The cigars are expected to ship by month’s end.

The cigar itself will be a Dominican puro in a 6 x 54 Grand Toro size.  The tobaccos in the blend were set aside by Davidoff’s Eladio Diaz back in 2002.  These tobaccos were deemed as special by Diaz and have been aging for over a decade. This makes the Oro Blanco Davidoff’s first vintage cigar.

At a glance here is a recap of the Davidoff Oro Blanco.

As mentioned, the cigar is a Dominican puro from a 2002 vintage crop.