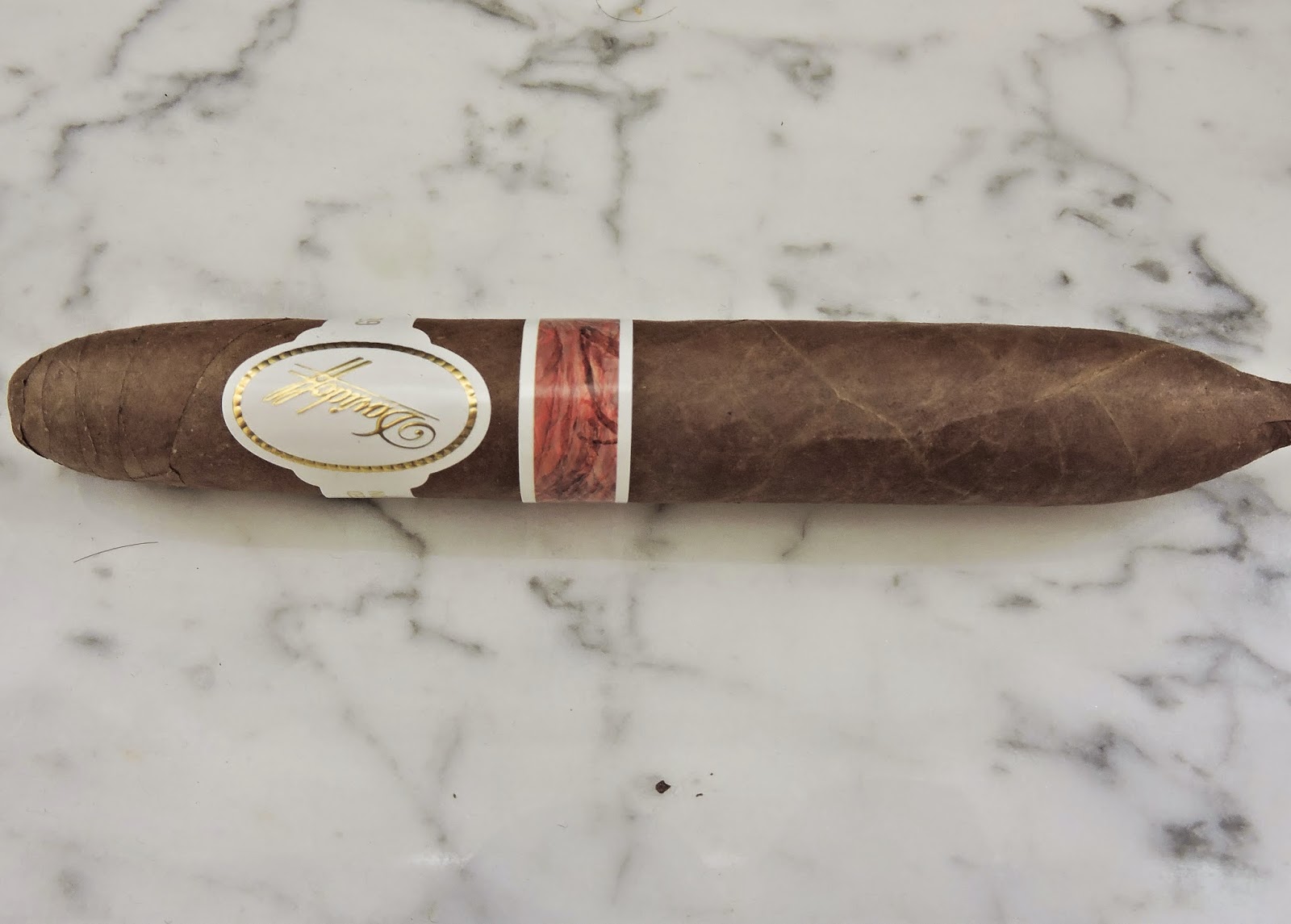 Coming in at #3 is the Davidoff Art Edition 2014.  This is a limited edition cigar that is a part of Davidoff’s Art Initiative Program.  This cigar is a Dominican puro becoming the second one to appear in the 2014 Cigar of the Year Countdown.  In addition, Davidoff becomes the first company to have three cigars on this year’s countdown.  It also marks the second consecutive year Davidoff has had a cigar in the top three of the Cigar of the Year Countdown (the Davidoff 2013 Year of the Snake finished #2 last year).

The Davidoff Art Initiative helps promote and develop emerging artists through grants and residencies.  The program also provides an opportunity to create artwork for packaging among Davidoff products – as was the case with the Davidoff Art Edition 2014.  Dominican artist Quisqueya Henriquez was chosen to produce the artwork for this cigar.  The cigars were released with different packaging options. While the blend was the same in each option, the artwork on the boxes and bands differs as Henriquez has created distinct artworks (“Forms of Freedom #1” and “Forms of Freedom #2”) for each packaging option.

This cigar is nothing short of a home run for Davidoff. The cigar starts out with notes of cedar and fruit up front as some background notes of hay and nut. The second third sees a coffee note surface in the forefront with the cedar and fruit moving into the background. I also picked up a nice creaminess in the background. The last third continued the primary notes of coffee with the pepper making its way to the forefront. Overall, this was a medium-bodied cigar that progresses to medium to full in the last third. The nicotine level is also medium. This is a perfecto that burns and draws perfect.

While the $35.00 price point is on the higher side, this cigar certainly smokes like a cigar should for this price range.

Click here for our assessment of the Davidoff Art Edition 2014.