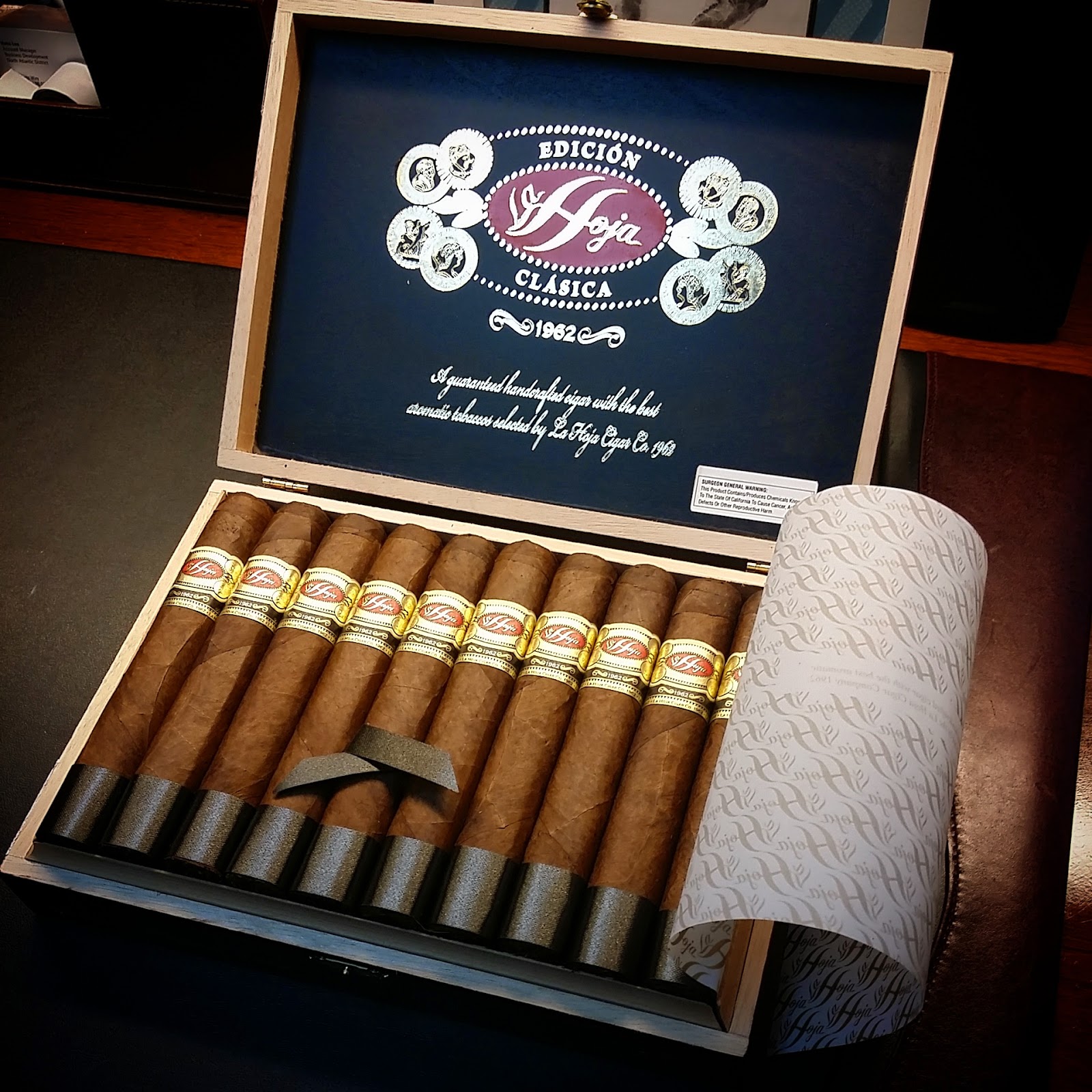 The La Hoja Cigar Company is a revival of the famed Flor de Florez cigar company. The company was restarted by William Flores, whose father Carlos emigrated from Cuba in 1962 and started the original company.  The “1962” in the Edicion Clasica pays homage to that event.

According to the company it is a cigar that is created from the ‘same blueprint” as its Autentico Maduro line and will both “mimic and transcend the experience of the Autentico Maduro”.  The Autentico Maduro was released by La Hoja in 2013.  The cigar is described as medium to full bodied smoke with flavors including espresso, dark chocolate, and nuttiness.

In a press release, J Carlos Gomez, Executive VP at La Hoja Cigars remarked, “With the Classica, we have taken our highest selling cigar and added a level of depth and complexity that we know every cigar smoker will recognize as truly unique.”

William Flores, son of Carlos Flores and President of La Hoja Cigars, said, “La Hoja is a company full a tradition, passion, and excellence. The Classica exemplifies our motto: ‘tobacco is the conversation!’”

At a glance, here is a look at the La Hoja Edicion Clasica 1962:

The La Hoja Edicion Clasica 1962 features an Ecuadorian Corojo wrapper.  The remainder of the blend features Dominican fillers which includes Piloto Cubano and San Victor tobacco.  There is a small amount of Nicaraguan tobacco added for “dimension and strength.”