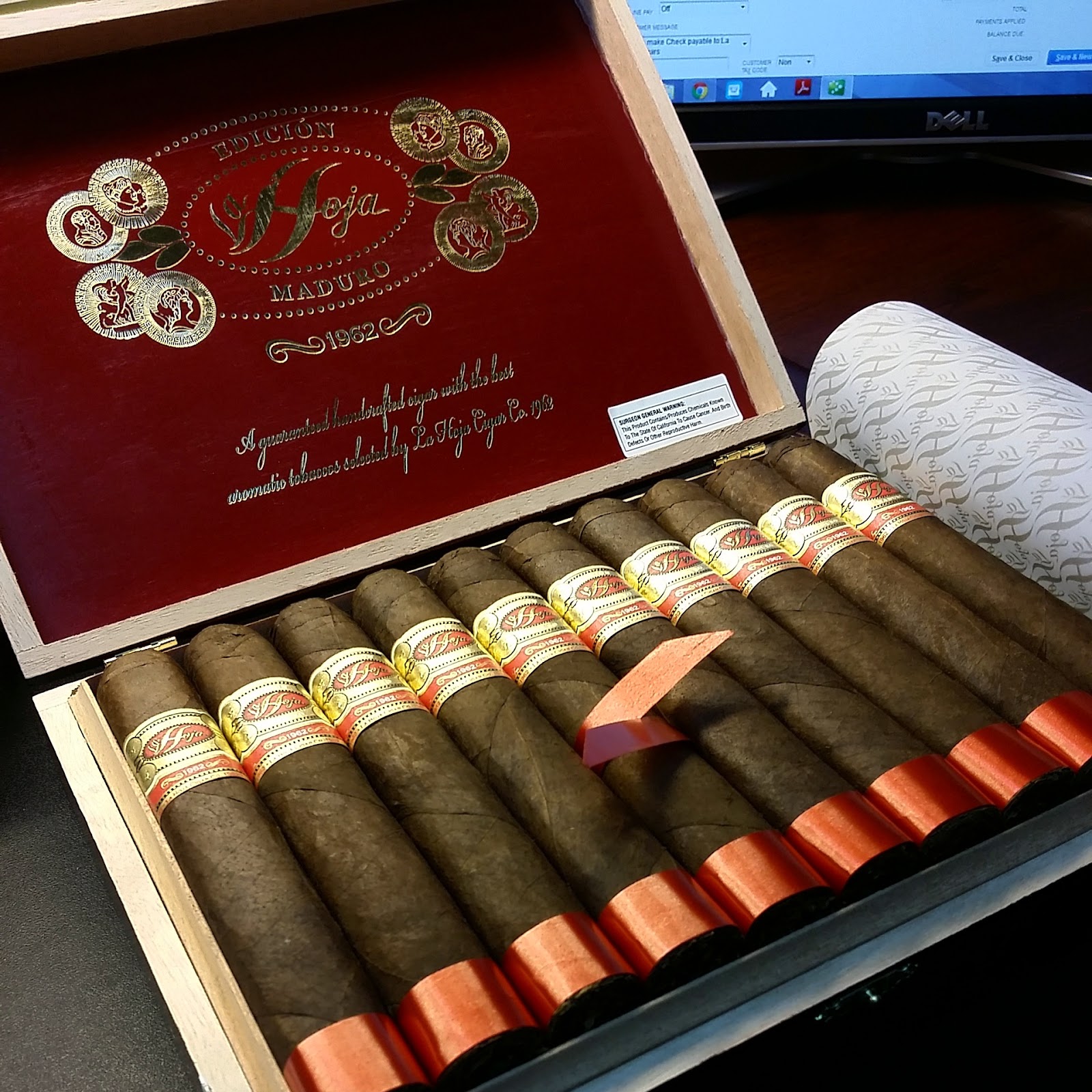 The La Hoja Cigar Company is a revival of the famed Flor de Florez cigar company. The company was restarted by William Flores, whose father Carlos emigrated from Cuba in 1962 and started the original company.  The “1962” in the Edicion Clasica Maduro pays homage to that event.

In a press release announcing the Edicion Clasica Maduro, J. Carlos Gomez Executive Vice President at La Hoja said, “The San Andres Maduro wrapper gives this blend a sweet and earthy touch, but in order for us to incorporate this into a blend that meets La Hoja quality standards, we had to be incredibly discerning about the other leaves to make sure they complement the wrapper.

Gomez added, “The danger of San Andres Maduro wrappers, isthat particular leaf can create a smoke that is too dry and that parches the smoker. We’ve blended this cigar specifically to offer the flavor of San Andres but with considerable balance as well.”

“At La Hoja, tobacco is the conversation. We pride ourselves in our service to our fellow cigar smokers and stand by our promise to deliver a consistent product year after year so you can always remember and enjoy the cigar you fall in love with,” said company President William Flores.

The Edicion Clasica Maduro is expected to arrive in stores this month.

At a glance, here is a look at the La Hoja Edicion Clasica Maduro 1962:

As mentioned, the La Hoja Edicion Clasica Maduro 1962 a San Andres Maduro wrapper.  The binder and filler are similar to what is found in the Edicion Clasica 1962 Corojo and features Piloto Cubano and Nicaraguan tobaccos.