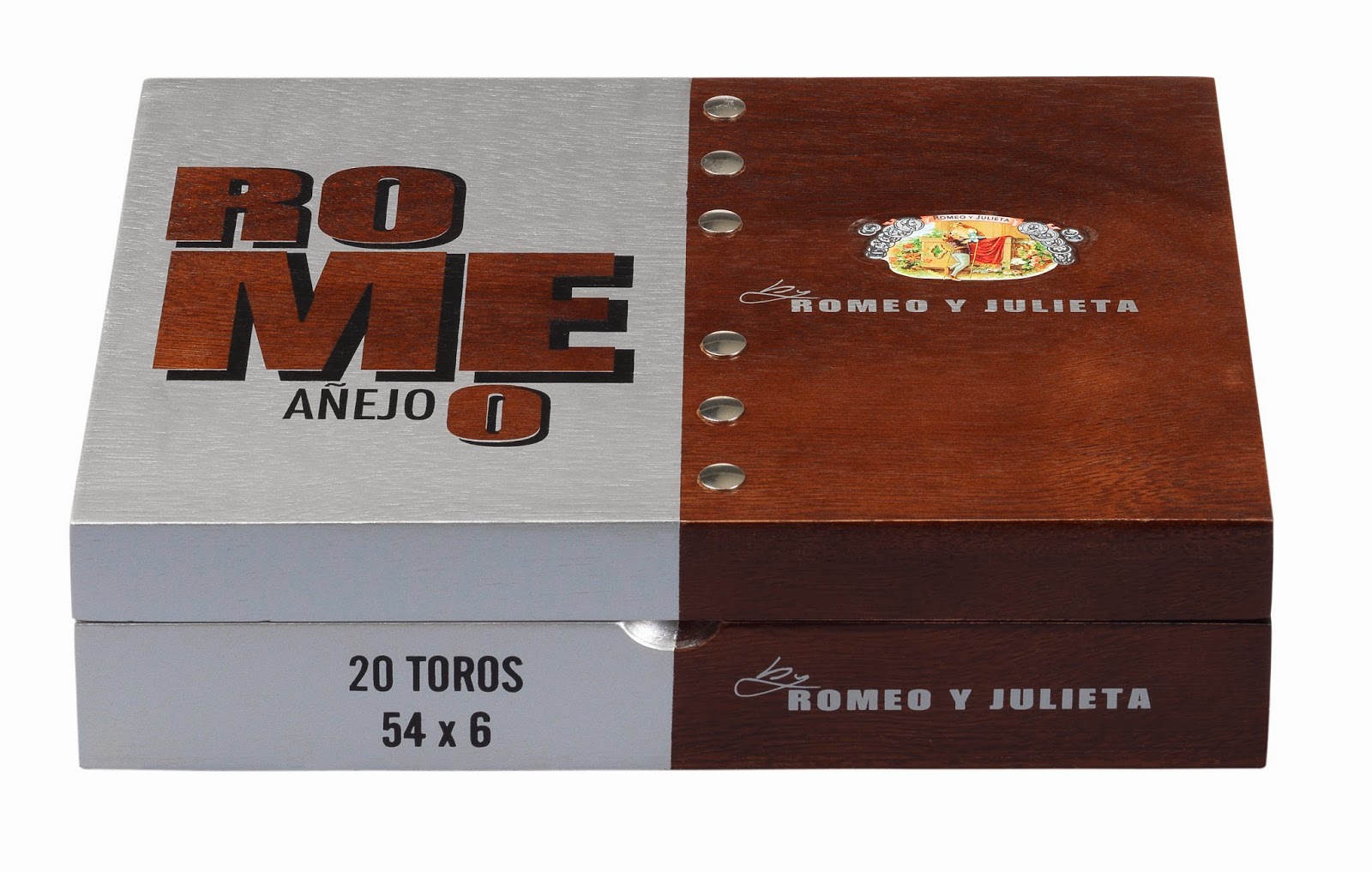 The packaging design to the Romeo Anejo is similar to the first Romeo.  The big difference is the color scheme is brown and white, and the Romeo Anejo features a secondary band.

The Romeo Anejo is slated to ship in mid January.  The cigar will be available in three sizes and will carry a price point of $8.75 to $9.25. 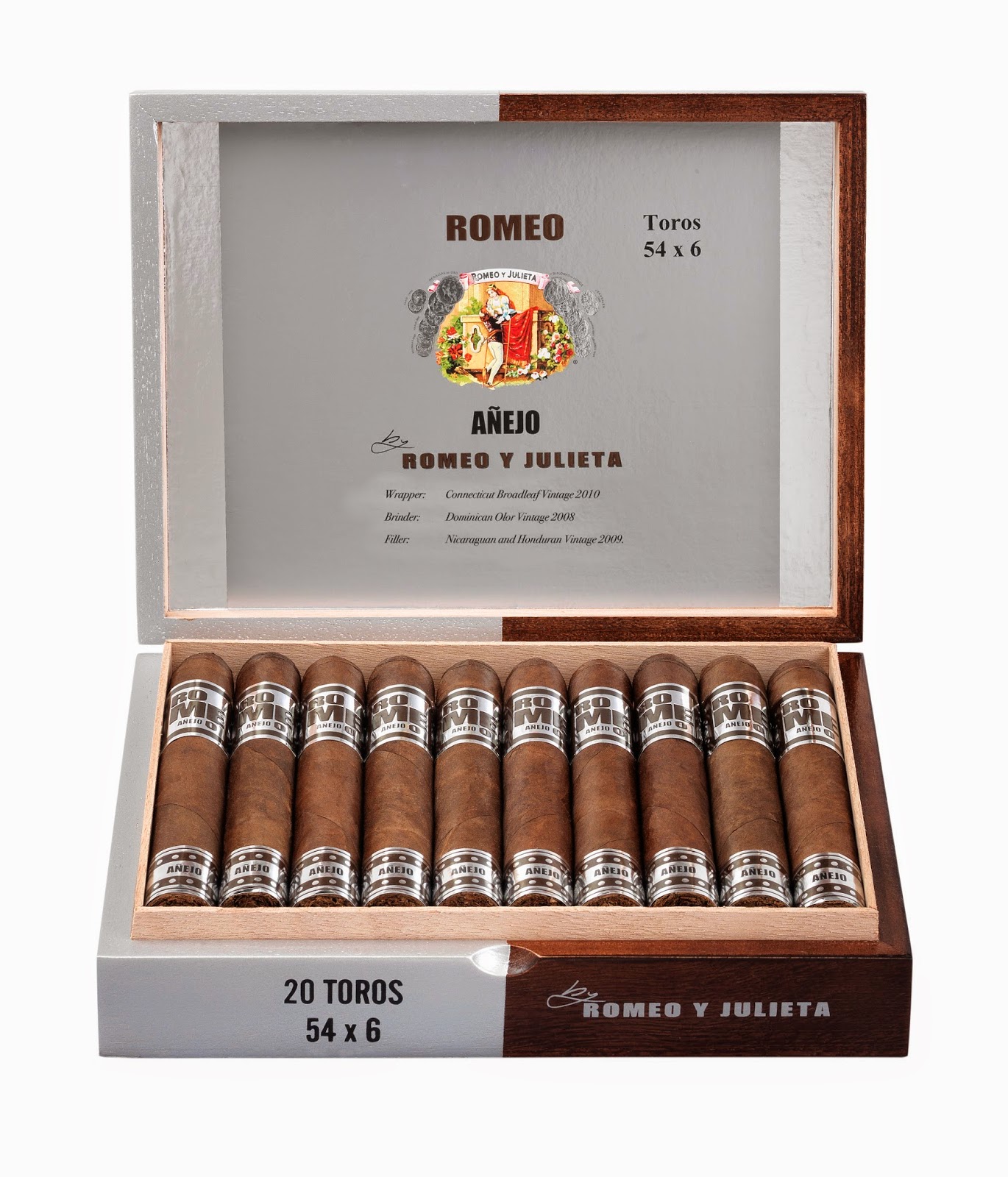 At a glance, here is a look at the Romeo Anejo by Romeo y Julieta:

The Romeo Anejo is being launched in three sizes.  Each of these three sizes are also available in the core Romeo line.  The cigars are packaged twenty per box.