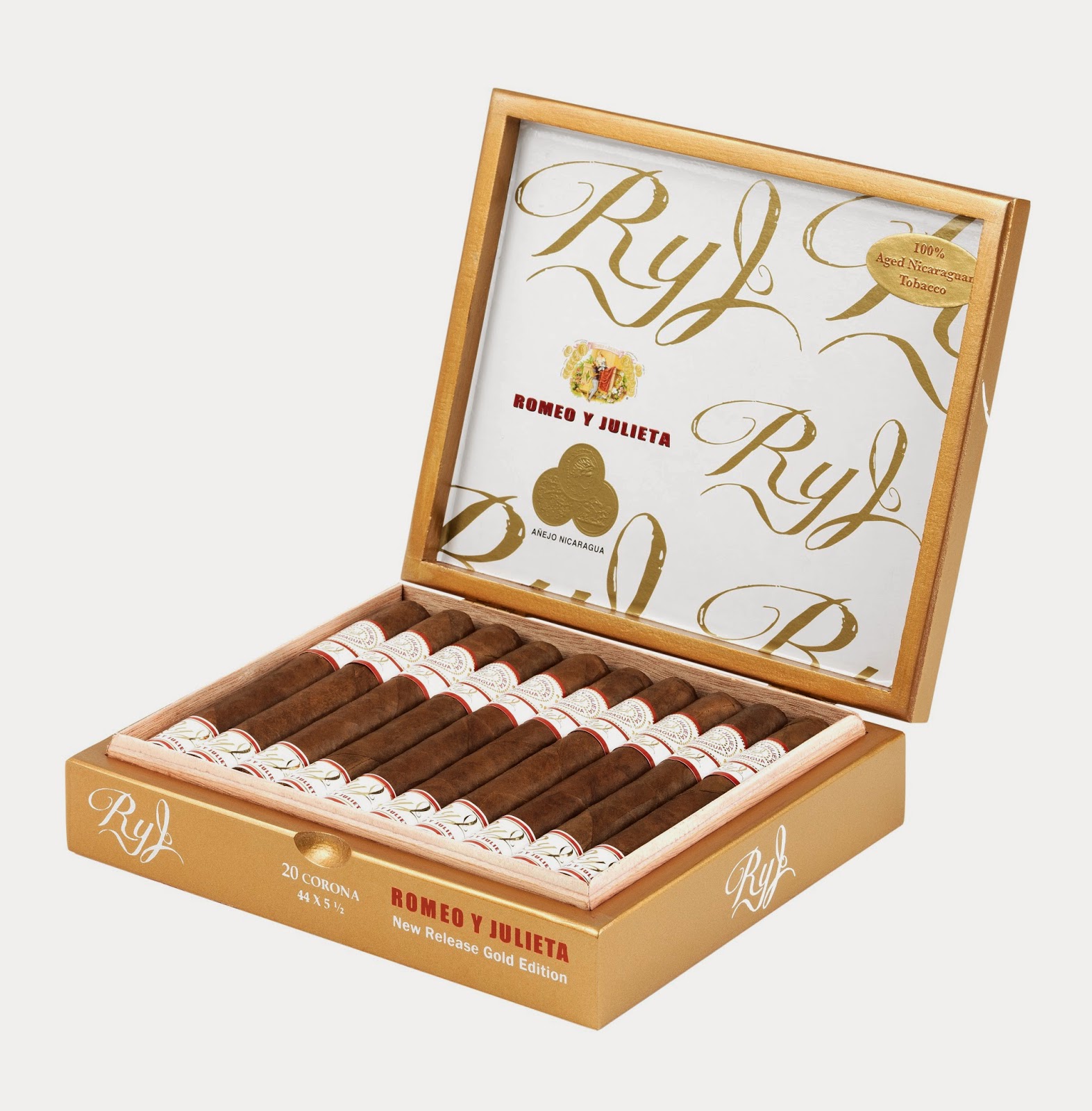 Atladis USA has announced it will be adding a fourth size to its RyJ by Romeo y Julieta line.  The new size will be 5 1/2 x 44 Corona and be packaged under the name “Gold Edition”.  Altadis USA has said new new RyJ Corona is now available at retailers.

At a glance, here is a look at the RyJ line:

As mentioned the RyJ is a Nicaraguan puro. The cigar itself is made in Honduras.

As mentioned the RyJ Corona becomes the fourth size in the RyJ line.