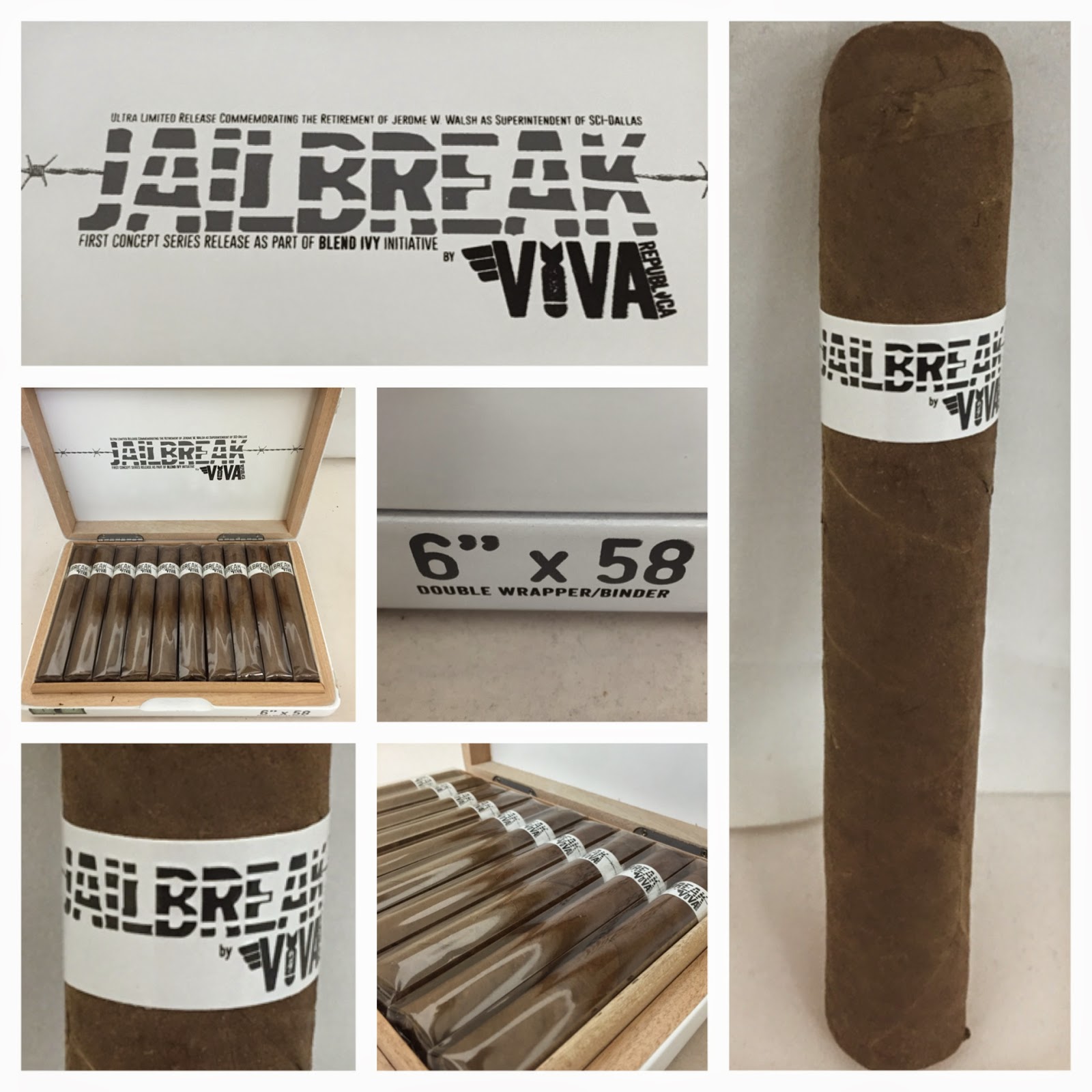 Viva Republica will be launching a unique limited edition cigar called Jailbreak.  Word of the Jailbreak cigar   The cigar features an innovative concept – namely a cigar within a cigar.

According to Viva Republica President Jason Holly, “Jailbreak is a new concept in where a Lancero is buried inside of a 6’X 58 cigar trying to escape. I decided to create this unique cigar in dedication to my stepfather who recently retired as a Superintendent of the Dallas State Correctional Institution.”

In terms of the flavor profile, Holly says, “The cigar offers a flavor profile that is quite unique, it’s a blend that would be very difficult to replicate in a traditional cigar format.”

The Viva Republica Jailbreak will come in twenty count boxes.  Production is currently limited to 300 boxes.  The cigars will have an SRP of $12.50 per cigar.

Viva Republica is distributed exclusively in the United States by Miami Cigar and Company.  In 2013, Cigar Coop named the company one of our “2013 Five Boutiques to Watch”.

At a glance here is a look at the Jailbreak.

The Viva Republica Jailbreak is being made available in one size – a 6 x 58.