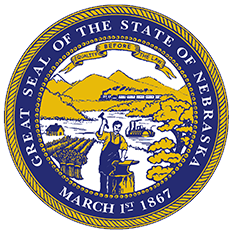 Smoking in the State of Nebraska’s Cigar Bars has been restored.  Newly elected Governor Pete Ricketts signed into law Legislative Bill 118.  Introduced by State Senator Tyson Larson, this piece of legislation continues to allow cigar bars to allow smoking under an exemption of the statewide indoor smoking ban. This bill was a response to the State Supreme Court decision that ruled that cigar bars having such an exemption was unconstitutional, and shut down smoking in January. Under the bill had an emergency provision, the law is effective immediately. While the signing of the bill was a victory in of itself, the speed at which this fast-tracked through the legislature was also a victory.

Back on November 13th the Nebraska State Supreme Court announced it would not reconsider its August ruling that ruled the exemption for cigar bars to be unconstitutional. The next day on Stogie Geeks, Cigar Rights of America Executive Director Glynn Loope informed us of the decision to fight this via the legislative route. At that time, many assumed a long fight was ahead.

On January 9th, Legislative Bill 118 was introduced.  It had to go through three rounds of voting before moving to Ricketts desk. The final vote with the legislature was an overwhelming 45-3 vote.

The State Supreme Court ruling stemmed from a case brought by Big John’s Billiards, which objected to the cigar bar bill passed in 2009 because state lawmakers didn’t provide an exemption for billiard halls.