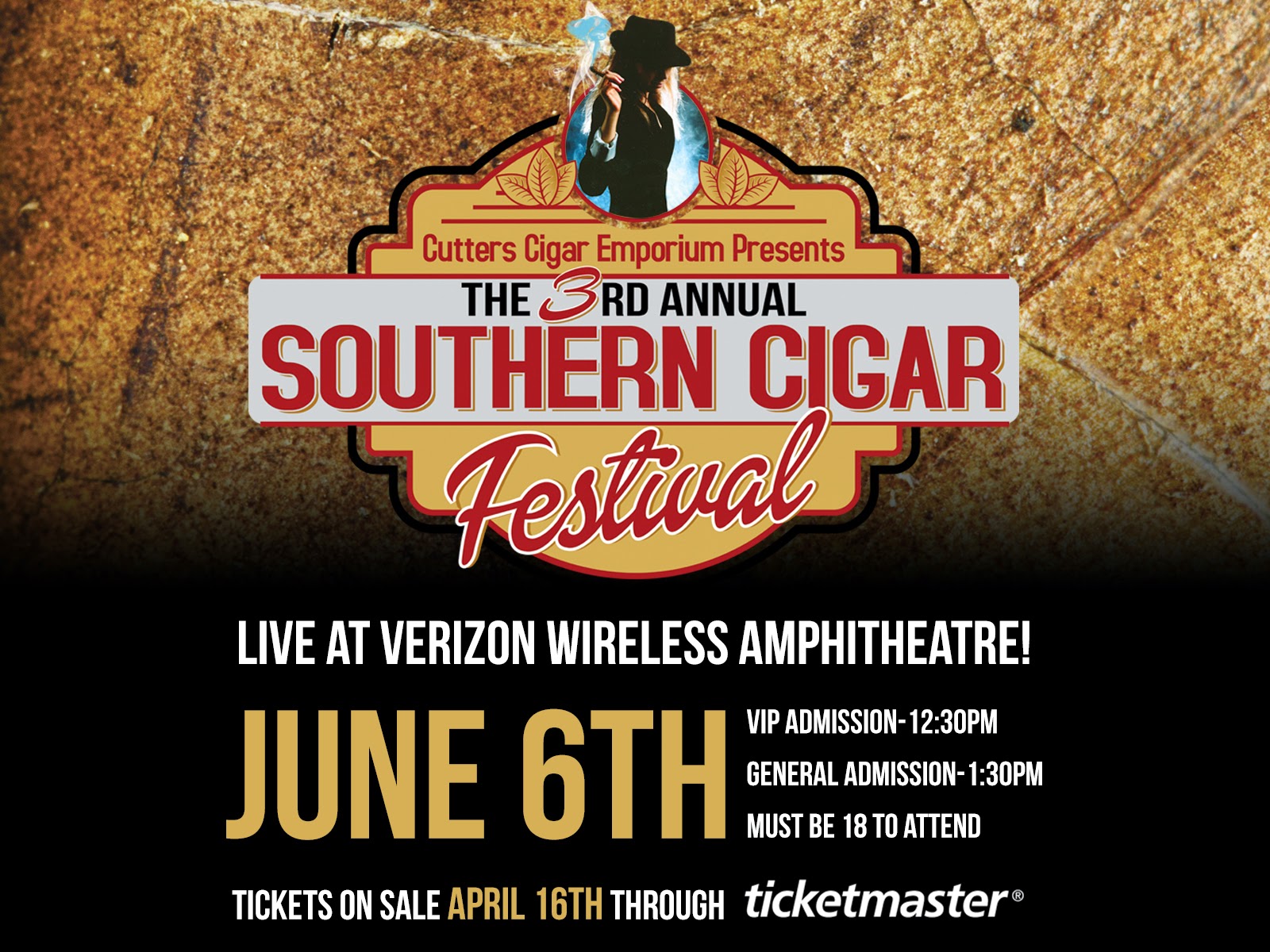 Tickets are currently on-sale at Ticketmaster and at Cutter’s Cigar Emporium for the Southern Cigar Festival. The Festival takes place on Saturday June 6th and will be the largest cigar event ever to be held in the State of Georgia. The event is being held at a world class venue, the Verizon Wireless Amphitheatre in Encore Park. Today is our final of a series of installments on the manufacturers and brand owners attending the event.  We will have at least one more overall preview of the event next week.  If any manufacturers are added, we will provide another update that preview.

Note this information is intending to understand and learn about who these manufacturers are. Any cigar of brands listed are for reference purposes and are not indicative of what will be available at the event.  We have also covered manufacturers and brand owners in Part 1 and Part 2 of the Manufacturer and Brand Owner Guide.

-The company was founded by Eddie Ortega. Prior to launching Ortega Premium Cigars, Ortega was partners with Erik Espinosa EO Brands.

-The company works with factories such as My Father Cigars in Nicaragua and PDR Cigars in the Dominican Republic. The company is known for the Ortega Serie D, Ortega Wild Bunch, Cubao, and Ortega Mini lines.
-Recently Ortega released a collaboration with Sean Williams of Primer Mundo Cigars called Larceny. The project was a reunion of sorts with Espinosa and the cigar is being made at Espinosa’s La Zona factory.

-This iconic cigar company was founded in 1964 by Jose O. Padron and today is run by his son Jorge Padron. The company owns its own farms and factory in Nicaragua.
-Last year the company celebrated its 50th anniversary in business.
-Padron Cigars has appeared on the Top 10 on every Cigar Aficionado Cigar of the Year list since 2004. The company is the only company to claim Cigar of the Year three times.

-The company is owned by Nick Perdomo. The company owns its own family and farms in Nicaragua.
-Perdomo is known for such lines as Perdomo Reserve, Perdomo 20th Anniversary, Lot 23, and Perdomo Exhibicion lines.
-When the Federal Government instituted the SCHIP tax, rather than pass that tax on to consumers, the company absorbed the tax.

-The company was founded by Sean Williams back in 2005. Williams works with factories such as Plasencia, El Titan de Bronze, and PDR Cigars.
-The company is known for such lines as La Hermandad, Costa Fuerte, and Epifania. Recently Williams is collaborating with Ortega Premium Cigars for a release called “Larceny”.
-This is the one true “hometown” company for the festival as its operations are based in Atlanta, Georgia.

-Quesada Cigars is based in Licey in the Dominican Republic and run by Manuel “Manolo” Quesada”. The company also owns its own factor
-The company is famous for lines such as the Quesada Espana, Quesada 40th Anniversary, Fonseca, and Caaa Magna. In 2008, the Casa Magna Colorado Robusto, a collaboration with the Plasencia family captured Cigar Aficionado’s #1 Cigar of the Year.
-The company has garnered a reputation for producing innovative artesian cigar shapes such as the Salomon Press, the Molotov (a cigar shaped like the Molotov Cocktail weapon), and the “D” shaped Casa Magna D.Magnus II Trajan.

-Recluse Cigar Company was founded in 2012. The company produces cigars at their own factory Leyendas Cubanas located in the Dominican Republic.
-The company has three regular production lines: Recluse OTG, Recluse Draconian, and Recluse Amadeus. These lines have also introduced innovative artesian vitolas such as the Kanu and Sidewinder.
-The company’s blender is J.R. Dominguez, the son of legendary blender Jose Dominguez.

-The company was founded by Robert Holt and a group of U.S. veterans. They have teamed up with A.J. Fernandez’s Tabacalera Fernandez to make their cigars.
-The company has three lines – Firethorn, Kudzu, and Quick Draw.
-The name is appropriate to the company’s vision. Southern Draw seeks to keep to the promoting “Southern” culture and in particular paying homage to being a Southern gentleman. In terms of its cigars, the company has put considerable effort into have an effortless draw when enjoying a cigar.

-The company is owned by Eddie Tarazona. They produce cigars in Nicaragua at Aromas de Jalapa and the Dominican Republic (Tabacalera William Ventura)
-The company is known for such lines as Tarazona 305, Guerilla 305, Revolution 305, Tarazona XTC, and Tarazona Classic.
-Tarazona’s son, Logan Thomas is a quarterback for the Arizona Cardinals

-The company is owned by Pete Johnson. Tatuaje partners with the My Father Cigars factory.
-In addition to a host of core lines, the company’s annual Halloween Monster Series release is typically one of the most anticipated limited edition cigars each year.
-The company has recently announced that the Tatuaje Verocou, a limited release that is an offshoot of the Tatuaje Havana VI blend will now become its own line.

-The company is in the cigar accessory business. It is based in Kansas City, Missouri by Kurt Von Koeppel.
-Xikar is best known for their lifetime warranty on its products. If the product fails to live up to expectations, it can be sent back and the company will repair or replace it.
-The company’s XIKAR Fossil Mammoth Ivory Xi3 Cutter is actually made with 10,000 year old mammoth tusk.

Two new cigars will be showcased at the Festival:

In addition, the following cigars will be available: 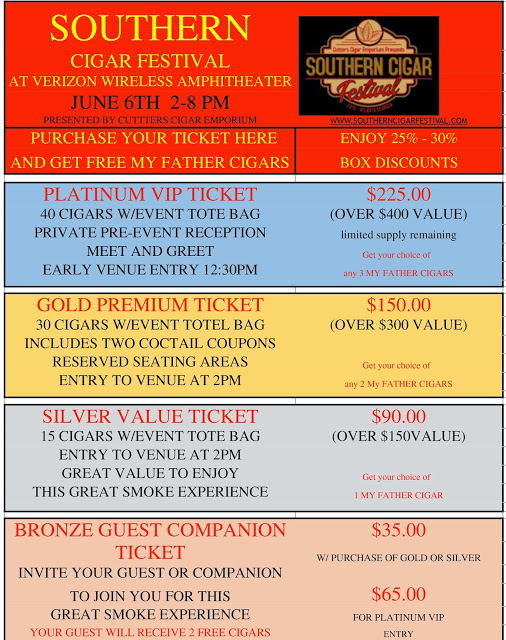