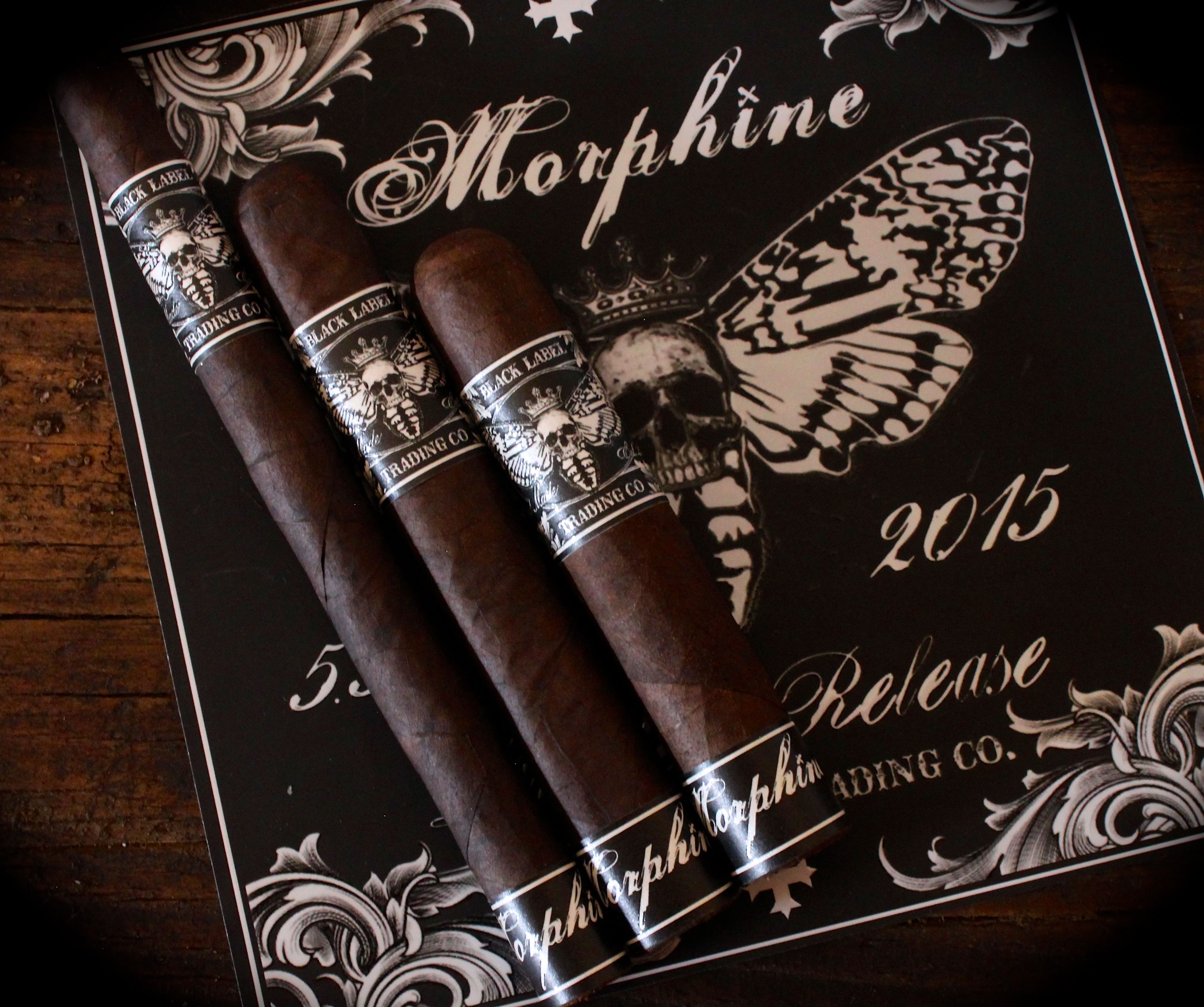 Black Label Trading Company has announced its 2015 of its small batch Morphine.  The 2015 Morphine release will feature a new blend available in three sizes and produced at the company’s new factory, Fabrica Oveja Negra.  The cigars are scheduled to launch on June 27, 2015 with a national release party planned at Underground Cigar Shop in Fort Worth, Texas.

While there are some changes to the cigars, the Morphine 2015 still stands on its own as it uses two maduro wrappers (an inner and an outer) in addition to a binder and filler.

In a press release, company owner James Brown explained the changes for the 2015: ““Morphine was a huge success for BLTC last year. I believe it was the right cigar for our company at the right time, we had to bring it back in 2015! After playing with the blend at the new factory we decided to change things up a bit. The filler blend is now 100% Nicaraguan, with the quality of the Nicaraguan tobacco we have this year, it just made sense to highlight that in the blend. We also beefed things up a bit by adding a Short Robusto in the mix and changing the corona to a Box Pressed Corona Gorda. All vitolas still have the signature double wrapper of Ecuador Maduro and Mexican San Andres Maduro.”

Production will be limited to 100 boxes per size of Morphine.

At a glance, here is a look at the Black Label Trading Company Morphine 2015:

The external facing wrapper of the Morphine is a San Andres Maduro while the inner wrapper is an Ecuadorian Maduro. Overall, this is a four country multi-national blend.

The Black Label Morphine has been released in three sizes. Each is slanted toward thinner ring gauges.