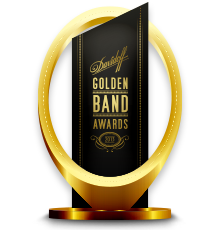 For the fourth consecutive year, Davidoff Cigars will be hosting the Golden Band Award Show . The event will be held July 19th at the Davidoff’s annual retailer event being held at the IPCPR Trade Show in New Orleans.  The awards program is meant to honor and the company’s best Appointed Merchants that according to Davidoff “truly embody the Davidoff Standard of Excellence”. Today, Davidoff announced the 2015 Golden Band Award nominees  .

The only multiple nominees for 2015 are Club Humidor in San Antonio, Texas and Tobacconist of Greenwich in East Greenwich, Rhode Island.

“The Davidoff Golden Band Awards epitomise the success of the brand which has been based on decades of close and longstanding partnerships with trusted merchants. Davidoff has a long history of cooperation with its family of retailers to help them expand their businesses, and to discuss best practices. They successfully contribute towards the increased growth of the Davidoff brand,” commented Jim Young, President of Davidoff North America in a press release.

.“The Golden Band Awards provides us the opportunity to say thank you to our Davidoff Appointed Merchants not only for their partnership, but also their support, enthusiasm and commitment to high standards,” added Richard Krutick, Director of Marketing for Davidoff USA.

Here is a list of the nominees for 2015 followed by the award recipients over the past three years:

This is a new category.

This honors the Appointed Merchant who best meets the Davidoff Brand merchandising expectations. None of these nominees have won in this category below.

This is awarded to the Appointed Merchant with a single location that has the highest level of Davidoff brand purchases.  The Tobacconist of Greenwich has won this award every year since its inception.  This year there will be a new winner.

This is awarded to the Appointed Merchant with two or more locations that has the highest level of Davidoff brand purchases. Corona Cigar Company won the award last year.

This is awarded to the Appointed Merchant with a single location that has the largest percentage and dollar increase of Davidoff brand sales. Cigarz on the Avenue won this award last year.

This is awarded to the Appointed Merchant with a two or more location that has the largest percentage and dollar increase of Davidoff brand sales. There will be a first time award winner for this category.

Appointed Merchant of the Year

This is awarded to the Appointed Merchant with the largest percentage and dollar increase of the complete Davidoff of Geneva Distribution portfolio.  These are five new nominees for 2015.

Bestowed upon an individual from our Appointed Merchants who has done the most to sustain the premium cigar industry and to advance the industry’s agenda in legislation, regulation and the community.  The recipient will be announced the evening of the Golden Band Awards.

This is awarded to an individual in our industry, from amongst out Appointed Merchants, who has stood out over the yers as a true champion of what premuim cigars and premium cigar retailing is all about. The winner will be announced the night of the event.

For reference, here were the previous winners. These winners were given the opportunity to carry the ultra-limited Davidoff Golden Band cigar.