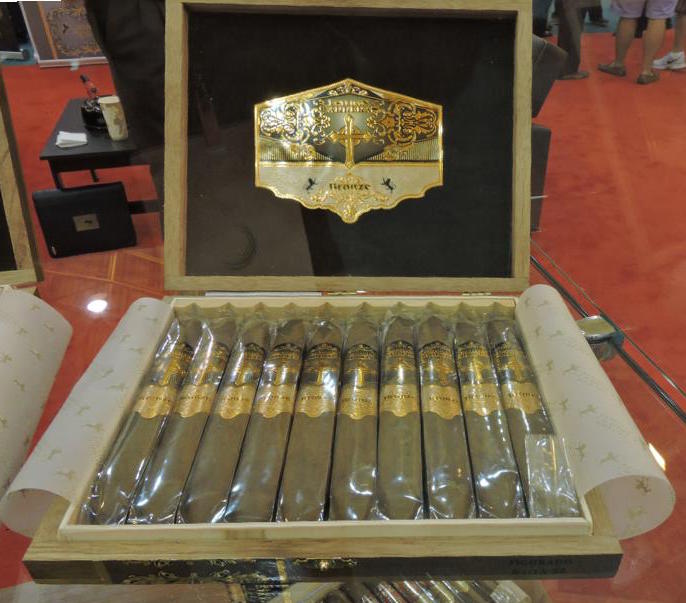 While it was expected that Esteban Carreras would be bringing the newly launched Black Cross to the 2015 IPCPR Trade Show, the company had one more surprise.  The company showcased its new Bronze Cross release.  The Bronze Cross is expected to hit retailers later this summer.

The Bronze Cross is a project the company had under wraps for the past two years.  The cigar is more limited in production because of the time needed to age the Ecuadorian Sumatra wrapper and Jalapa binder.  The cigar is being released in four sizes.

At a glance, here is a look at the Esteban Carreras Bronze Cross: