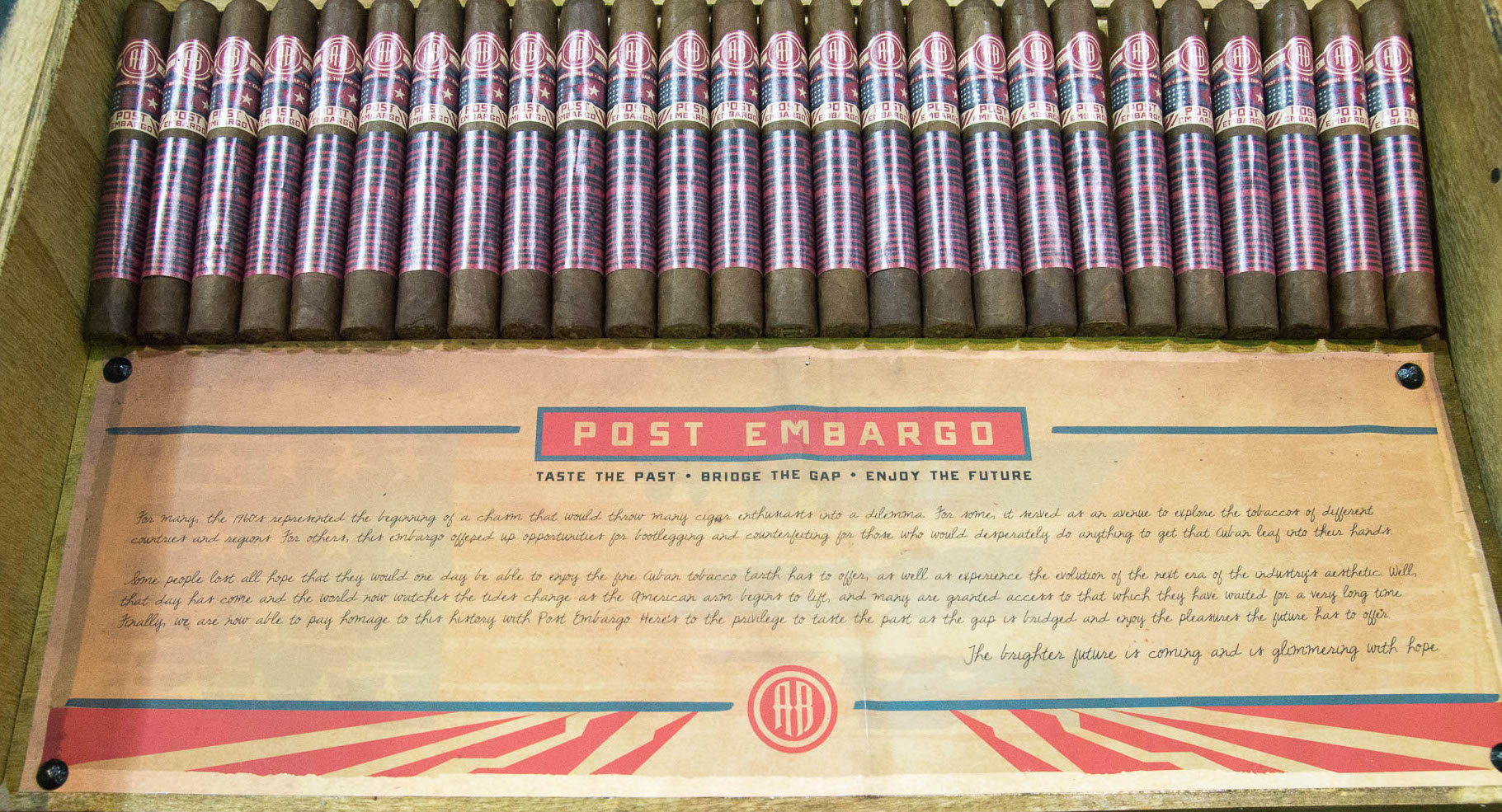 At the 2015 IPCPR Trade Show, Alec Bradley Cigars showcased a release that will pay homage to the the new era of cigars that will start if plans for ending the Cuban embargo go through. The cigar is appropriately entitled Alec Bradley Post Embargo, The line will be soft-launched in 2015 with plans for a full production run in 2016. 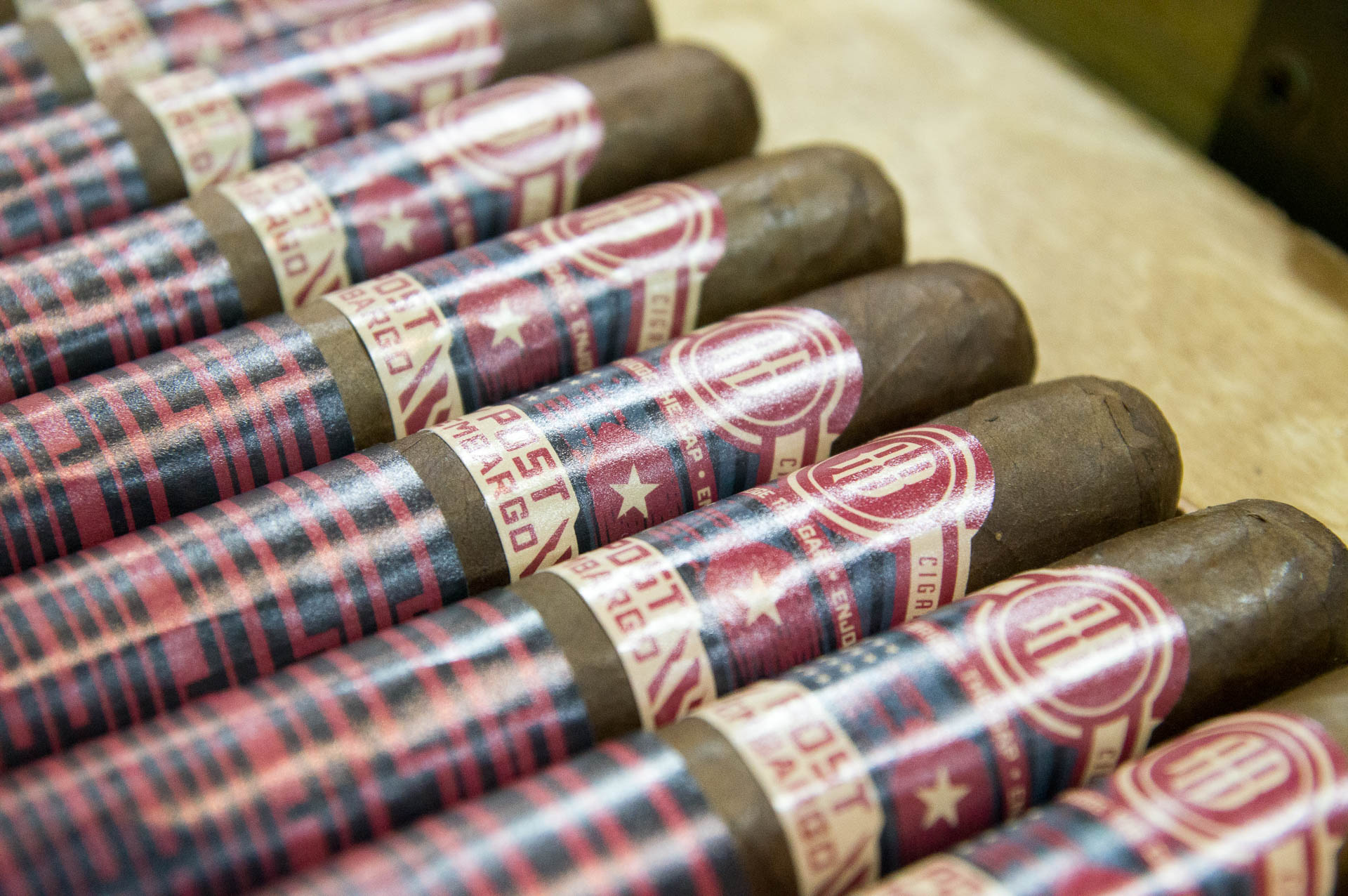 Cigar Insider has reported the blend will have a Honduran wrapper with a double binder from Honduras and Nicaragua as well as Honduran and Nicaraguan tobacco for the filler. The cigar is being launched in four sizes: Robusto (5 x 52), Toro (6 1/4 x 54), Gordo (6 x 60), and a limited production lancero (7 1/2 x 41). 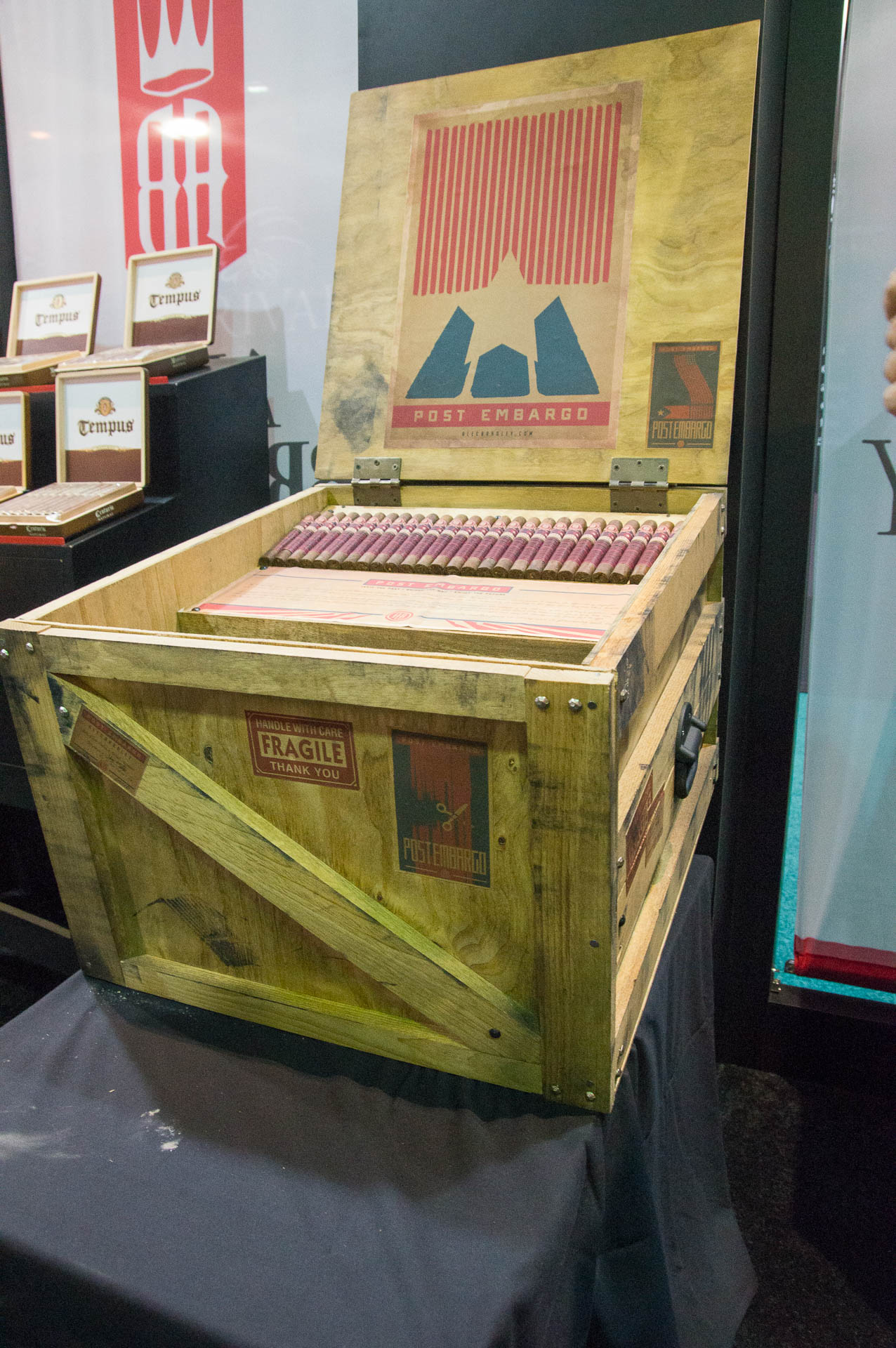 Photo Credits: All photo credits to Blind Man’s Puff.  We thank them for the use of these photos. Be sure to check out there 2015 IPCPR Coverage.