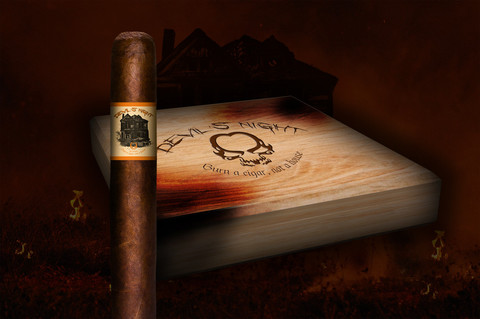 Asylum Cigars has a announced a new limited production cigar called Asylum Devils Night. The cigar is intended to bring awareness to “Devil’s Night” which is the night before Halloween where hundreds of arsons occur in the city of Detroit, Michigan. In order to raise awareness, a portion of the sales will go to benefit Detroit City Firefighters.

The project was designed by Asylum Cigars co-founder Tom Lazuka. In a press release announcing the project Lazuka said, “We are very excited to launch this project in the area in which I grew up, especially with the beneficiaries I have in mind, which are the firefighters of Detroit. Devils Night is something that is often misunderstood outside of Detroit and I wanted to spread light on the fact that Detroit is on the rise, even in the face of crisis. The motto I coined for this project is simple, “Help a firefighter—Burn a cigar, not a house.”

Asylum Devils Night will be officially launched at the Jenuine Cigar Bars in Sterling Heights, Michigan and Royal Oak Michigan on Friday October, 30 2015. The cigars are scheduled to begin shipping on October 31st.

At a glance, here is a look at Asylum Devils Night.