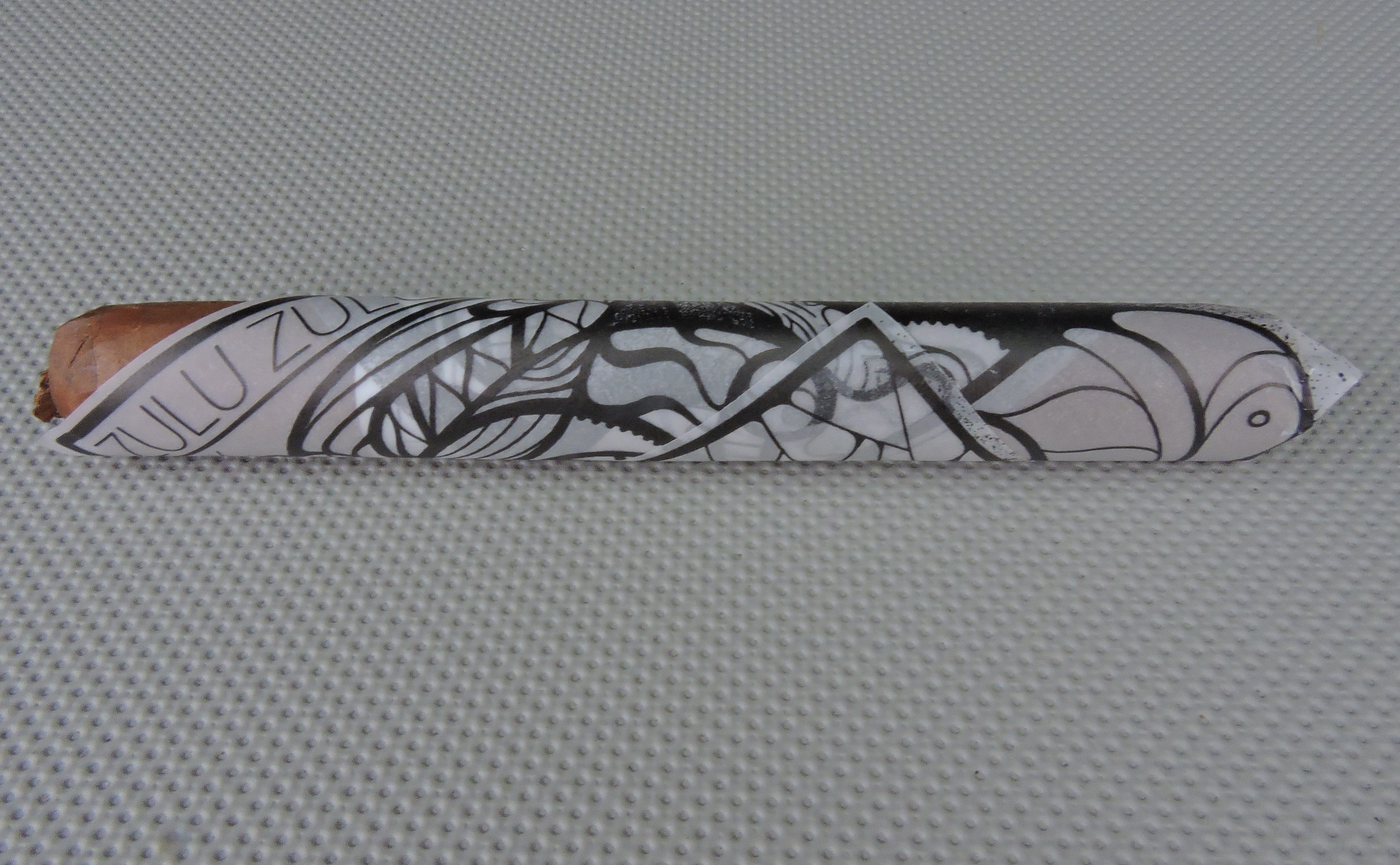 The new charitable cause is to benefit La Casa de la Madre y el Nino, an orphanage in Bogota, Colombia. For the Mas Paz project, Rico enlisted Federico Frum, a Colombian-born street artist that goes by the name, “Mas Paz”. Frum was himself adopted from La Casa de la Madre y el Nino when he was only a year old. Frum is described as a strong advocate for youth programs. From designed the artwork for the packaging of both the Mas Paz White and Mas Paz Black. 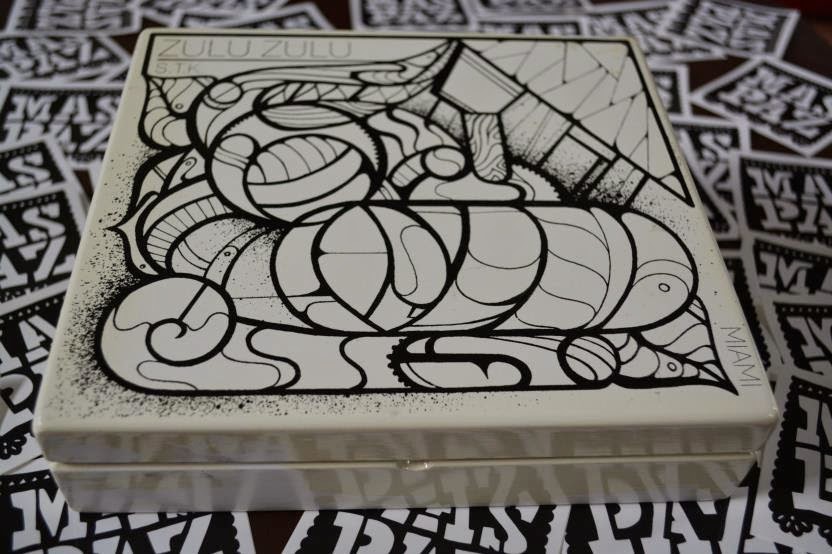 Each of the three sizes are offered in 20 count boxes and feature Mas Paz’s artwork. 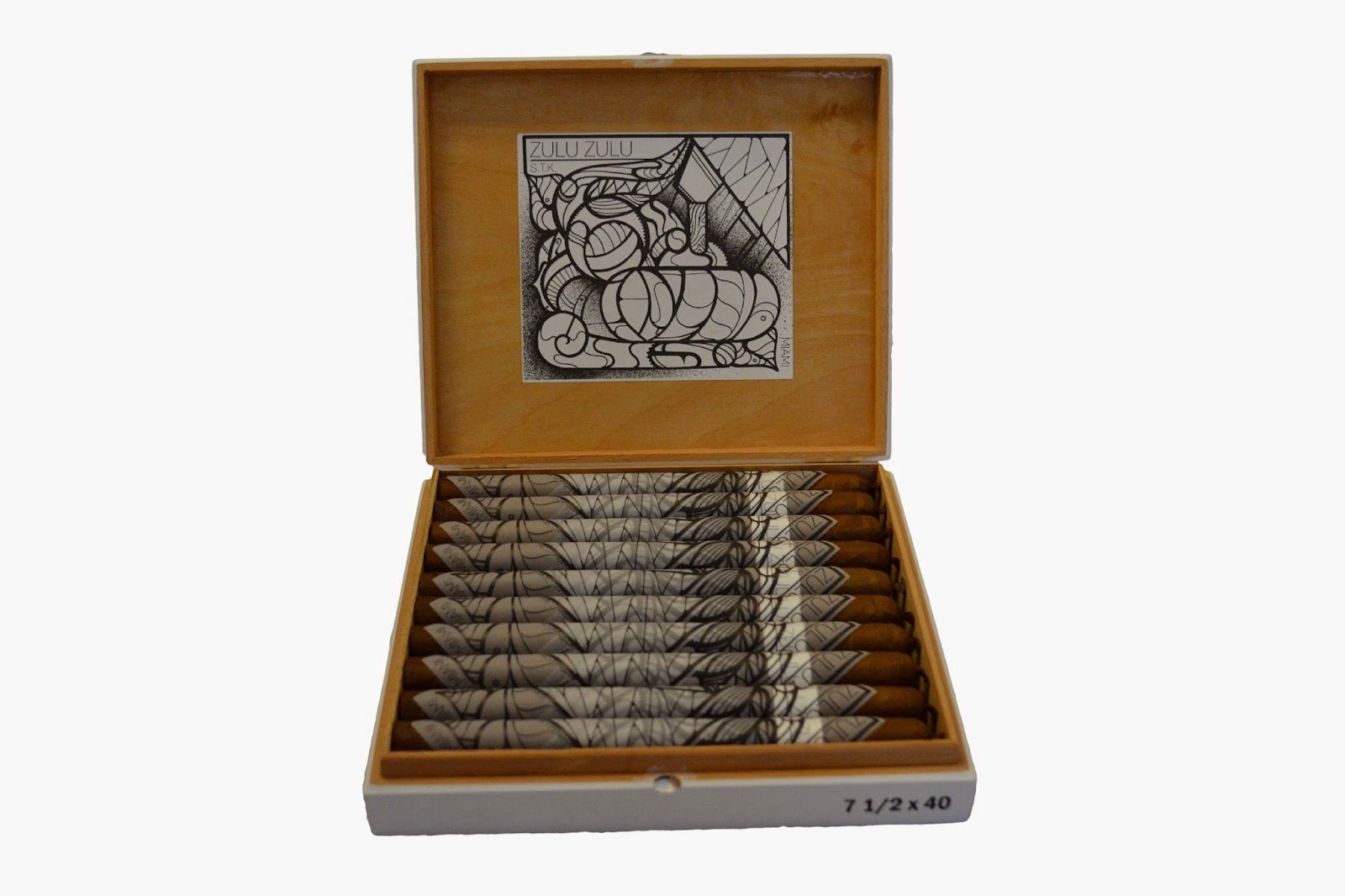 The Nicaraguan Habano wrapper of the George Rico S.T.K. Miami Zulu Zulu Mas Paz Edition White has a strong rosado tint to it. Upon closer examination, some darker marbling can be seen on the surface. The wrapper itself has some oil on the surface. There are also visible veins and visible wrapper seams on the surface of a cigar. Affixed to the cap is a small pig-tail.

The cigar itself is covered in a wax paper-like wrap that features a black and white mosaic design by Maz Paz. This matches the artwork on the boxes. When the paper wrap is removed, it reveals a very simple white colored band. This band features the text “ZULU ZULU by George Rico” in black font. 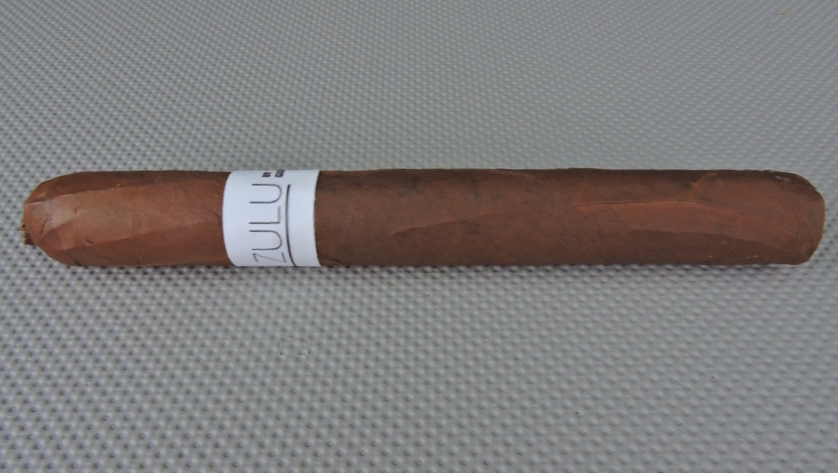 As opposed to pulling the pig-tail off the cap of the Mas Paz White Corona Gorda, I went with a straight cut and removed the entire cap. Once the cap was successfully removed, I moved on to the pre-light draw experience. I found the dry draw to deliver a mix of slightly sweet cinnamon, floral, and some earth notes. Overall I considered this to be a very good pre-light draw. At this point, I was ready to light up the Mas Paz White Corona Gorda and see what the smoking stage would have in store.

The Mas Paz White Corona Gorda started out with notes of natural tobacco and cinnamon. These flavors became the primary notes early on. I also got a slight floral note in the background along with a subtle pepper note. Meanwhile the retro-hale produced a mix of baker’s spice and pepper.

Later in the second third of the Mas Paz White Corona Gorda, I found the natural tobacco note take control as the primary note. The cinnamon flavor receded and became a close secondary note. At the same time, the I found the pepper increased – also becoming a close secondary note. This profile remained with the Mas Paz White Corona Gorda right until the end. The resulting nub was firm to the touch and cool in temperature.

Overall from a burn standpoint, the Mas Paz White Corona Gorda scored quite well. The burn path remained straight from start to finish. The burn line had a slight curvature from time to time, but I didn’t find this to be a cigar that required an excessive amount of touch-ups. The resulting ash was a very light gray with some darker speckling in it. The ash itself was tight and firm. As for the combustion, the burn rate and burn temperature were both ideal. 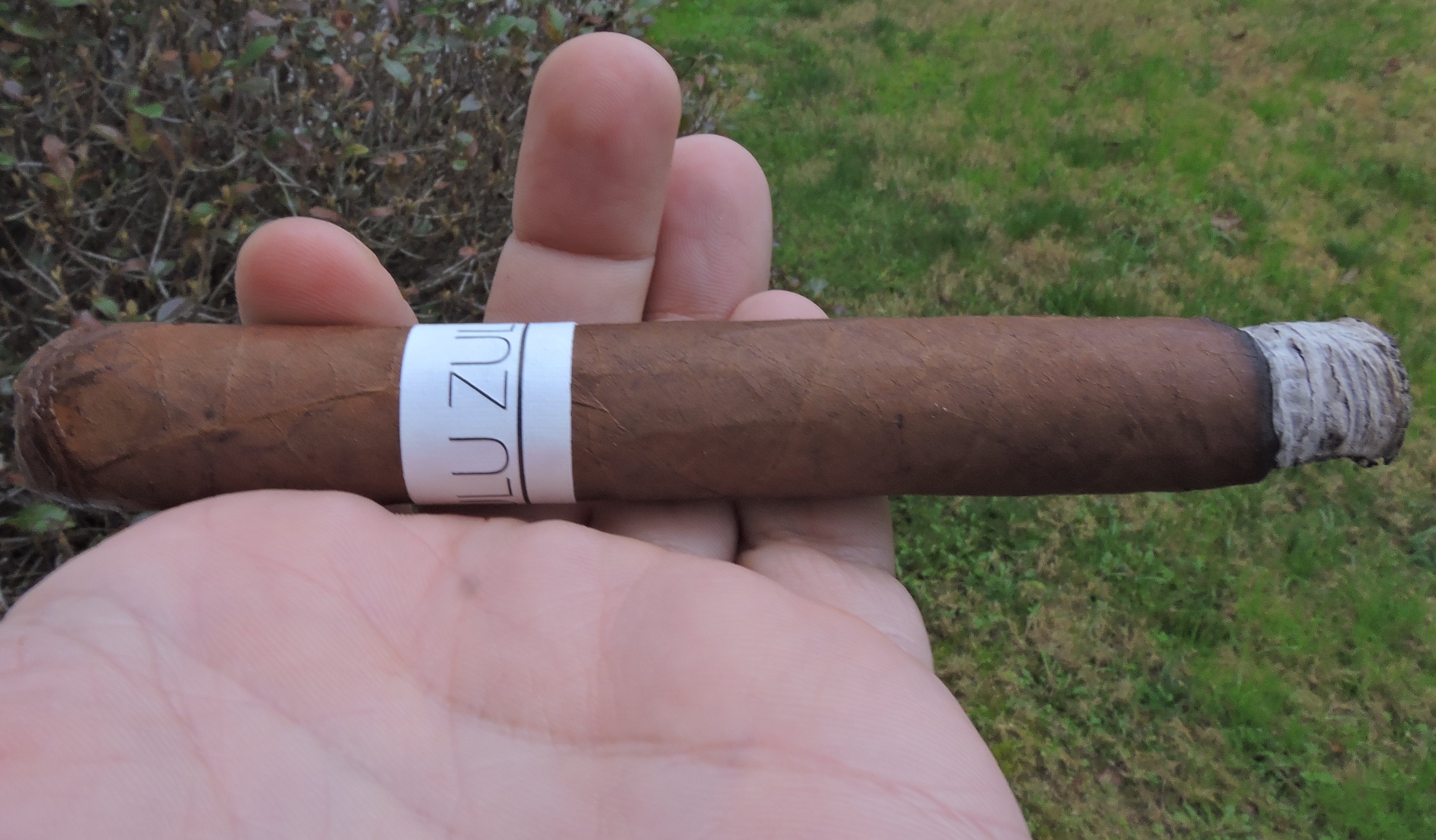 There was a touch of resistance on the draw – which is something I like. Overall I found the Mas Paz White Corona Gorda to be a low maintenance cigar to derive flavor from.

Flavor-wise, I found the George Rico S.T.K. Miami Zulu Zulu Mas Paz Edition White Corona Gorda to be quite enjoyable. If there is on negative on this cigar, it isn’t going to be a cigar that is going to offer significant change-ups from start to finish. However, the flavors delivered kept things interesting from start to finish. This is a cigar that I would recommend to an experienced cigar enthusiast. It is also a cigar that I’d recommend to a novice looking to graduate to something on the “medium-full” side. As for myself, it’s one I’d smoke again, and worthy of picking up a five pack.