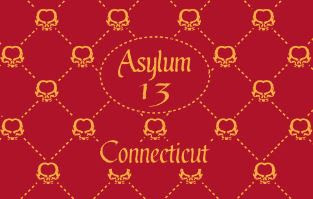 The Asylum 13 Connecticut was blended by Christian Eiroa and Tom Lazuka. The cigar features an Ecuadorian Connecticut Shade wrapper over Honduran binder and filler. According to Lazuka, “Asylum cigars are known for being more full bodied and Nicaraguan. We wanted to blend something different and lighter into the portfolio”.

At a glance, here is a look at the Asylum 13 Connecticut.