Agile Cigar Reviews replace what we termed “Assessment Updates”. The concept is the same, but the name is different. Agile Cigar Reviews use a lightweight, shorter format. These will never take the place of our comprehensive reviews. They are only used on blends we have previously assessed. This might be a blend we are re-scoring or providing a score for a first time. It might be a blend we are looking at in a different size. Today we look at the AFR-75 by PDR Cigars.This is a cigar we previously did an assessment in the Sublime (Gran Robusto) size back in November, 2013. 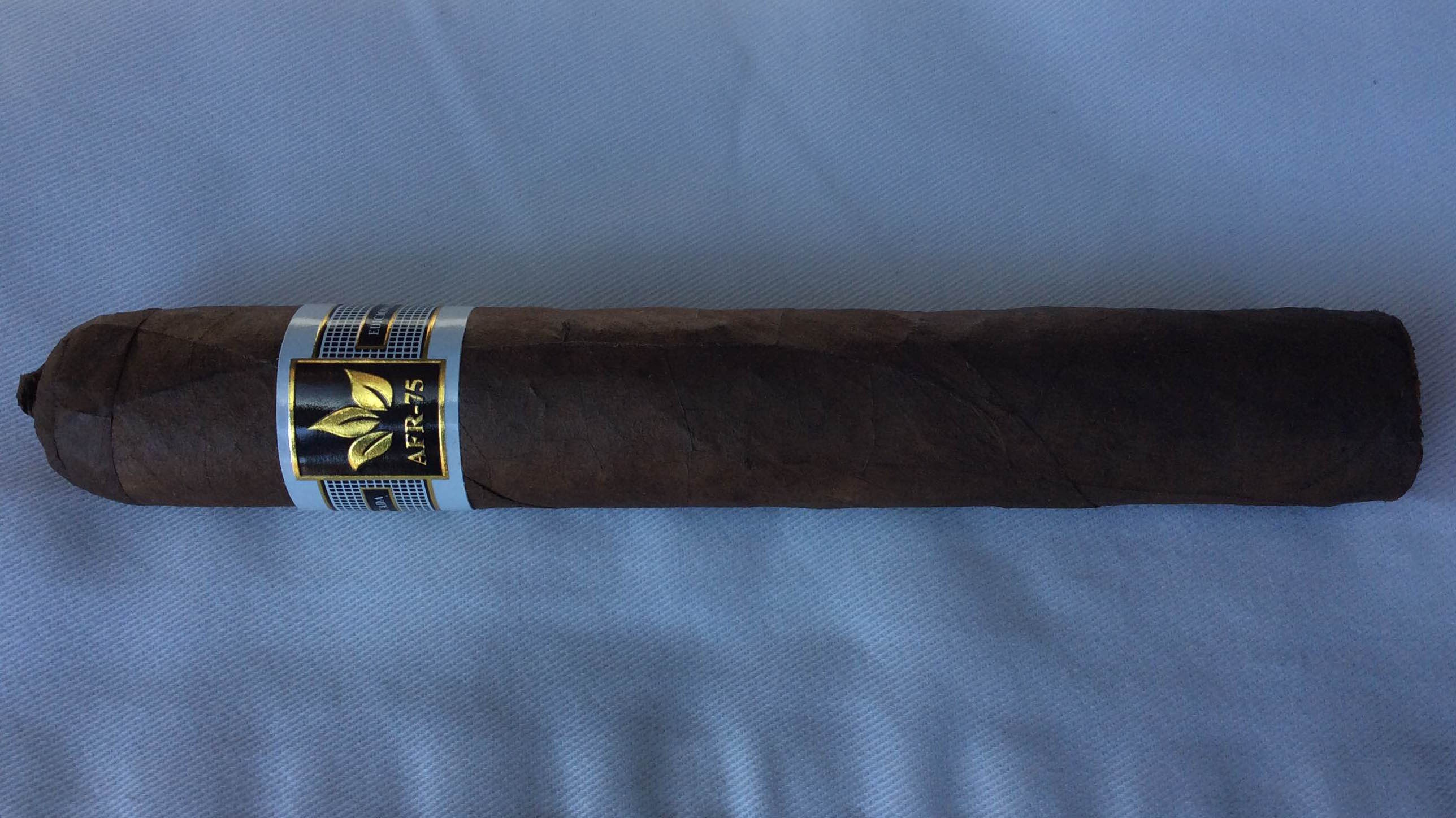 The AFR-75 was one of two new blends launched by PDR Cigars at the 2013 IPCPR Trade Show in Las Vegas.  The AFR-75 derives its name from the initials its Master Blender, Abraham Flores Rosario as well as his year of birth (1975). It is a limited production line that is also one of PDR Cigars’ more premium offerings. The cigar ranked very well as landed on the Cigar Coop 2013 Cigar of the Year Countdown. Today we take a look at AFR-75 in the Edmundo (6 x 58) size.

Flavor-wise, if you like notes of espresso, chocolate, and coffee, the Edmundo is going to be a cigar that delivers these flavors in flying colors. These three notes interchange very nicely .It also contains an earthy component that is present throughout the cigar experience. As the cigar progresses, it never sheds the espresso / chocolate / mocha profile. There are some notes of black and white pepper that will increase in intensity as the cigar experience goes on.

I found the AFR-75 Edmundo to be a bolder smoke than its Sublime counterpart that was previously reviewed. This cigar starts out medium strength and builds up to medium to full in the second third, and full strength by the last third. The body of this cigar also increases – starting out medium to full in the first half before moving to full-bodied in the second half.

Overall, I found a cigar that offered more robust flavors and change-ups than the Sublime. Flavor-wise, the two are pretty much on-par. This easily makes this a box worthy cigar.

Note: PDR Cigars is a sponsor for both Cigar Coop and Stogie Geeks