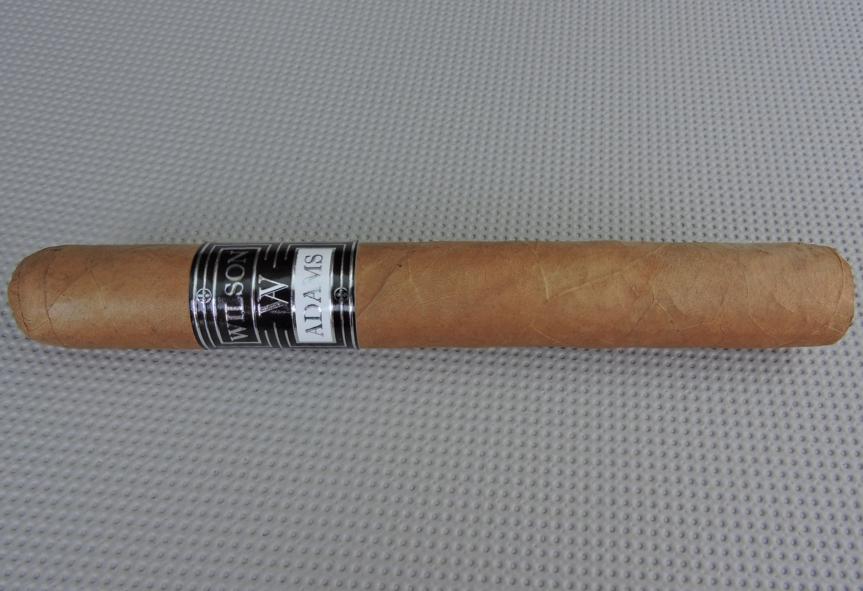 Without further ado, let’s break down the Wilson Adams Black Label No. 4 and see what this cigar brings to the table.

In addition to the Talanga Connecticut Shade wrapper, the cigar uses an Ecuadorian Sumatra binder and Nicaraguan tobaccos in the filler.

The Wilson Adams Black Label is available in three sizes.

As mentioned, the Wilson Adams refers to the Black Label as the “dark Connecticut”. I would concur with that assessment. While this is still a light brown wrapper, I would say this wrapper is a notch darker than most Connecticut Shade wrappers out on the market. The wrapper also has a light coat of oil on it. I found the surface of the wrapper is slightly bumpy. There are also some visible veins and visible wrapper seams.

As one would expect, the Wilson Adams Black Label features a black colored band. In silver font is the text “WILSON” with a “W” just below it. Sitting on the black background is a white rectangle with the text “ADAMS” in silver font. The remainder of the band has several silver adornments.

Prior to lighting up the Wilson Adams Black Label No. 4, I went with my usual choice of a straight cut to remove the cap. Once the cap was clipped, I commenced with the pre-light draw. The pre-light draw delivered a classic profile of what I had come to expect from a Connecticut Shade cigar as I picked up notes of cream, light cedar, and light fruit sweetness. Overall I considered the pre-light experience of this cigar to be excellent. At this point I was ready to light up the Wilson Adams Black Label No. 4 and see what the smoking phase would deliver.

The start to the Wilson Adams Black Label No. 4 delivered a mix of black pepper and cedar. The cedar notes quickly moved into the forefront. The pepper subsided into the background and was joined by subtle notes of fruit and cream. The black pepper was also prominent on the retro-hale.

The cedar notes continued to be the primary note throughout the first third. The black pepper was a close secondary note. The fruit and cream notes remained subtle. Meanwhile I also detected some straw-like notes in the background.

During the second third of the Black Label No. 4, I found the straw notes made their way into the forefront. In fact by the midway point, I found the straw eclipsed the cedar as the main flavor. However the notes of pepper, cedar, cream and fruit still balanced things out nicely. By this stage, the black pepper subsided into the background with the cream and fruit. There were also times the cream had a little more intensity than the other background flavors.

By the last third, the cedar notes were now back firmly as primary note. The pepper notes also increased again and toward the end of the cigar were in the forefront. The straw notes had receded into the background. There still was a touch of cream and fruit sweetness at the end. As the smoking experience of the Black Label No. 4 came to a close, the resulting nub was firm to the touch and cool in temperature.

While the Wilson Adams Black Label had a darker Connecticut Shade wrapper, it still had a lot of the fragile characteristics of many Connecticut Shade wrappers. This is more for informational purposes as I found this cigar to still score nicely when it came to burn. While there was a slight jaggedness to the burn line, the cigar took a straight burn path. The resulting ash was a silver-gray color. I found Black Label No. 4 to have a firm ash that came the cigar in clean chunks. The burn rate and burn temperature were both ideal. 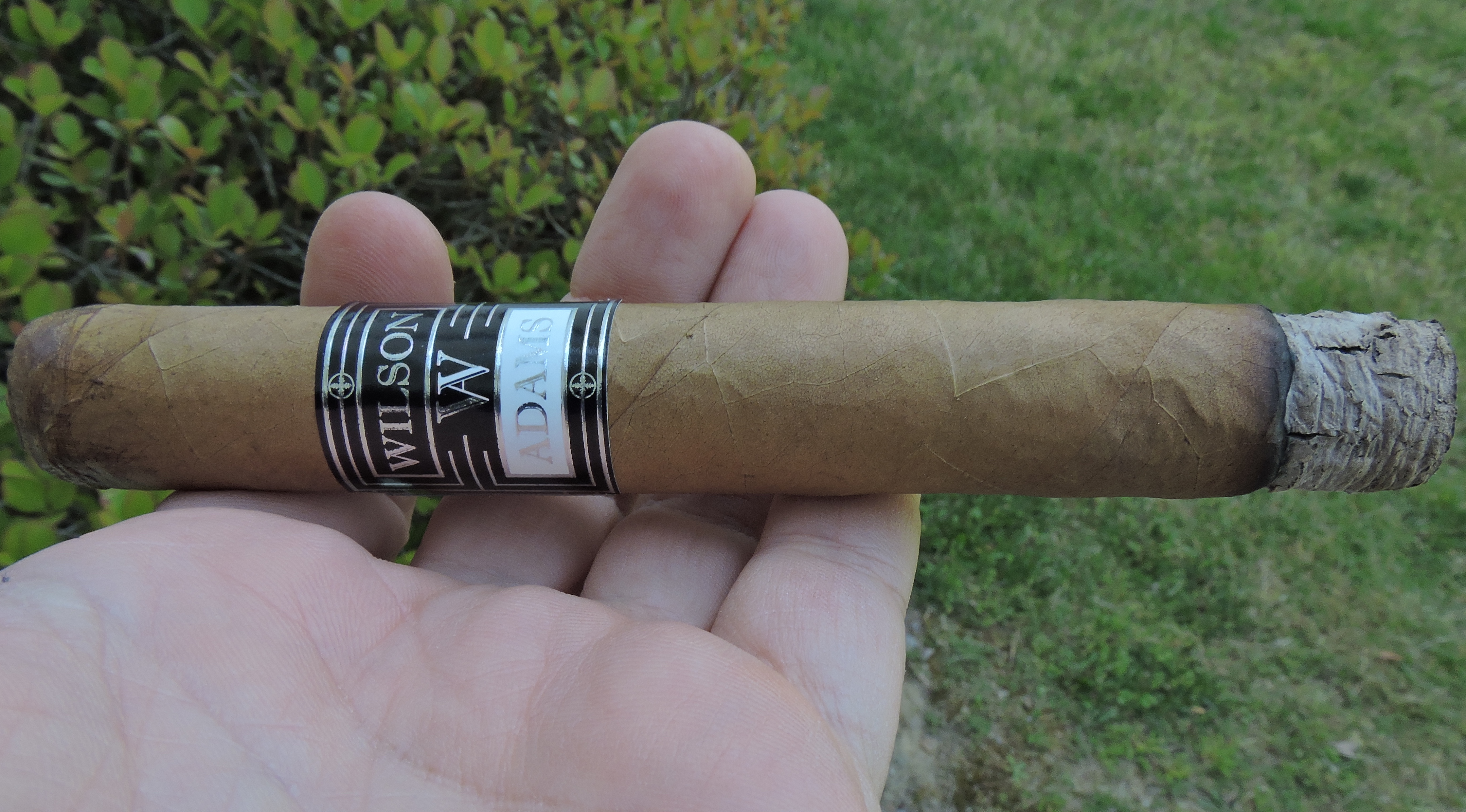 Burn of the Wilson Adams Black Label No. 4

As for the draw, it was not too tight, nor was it too loose. This made the Wilson Adams Black Label No. 4 a low maintenance cigar to derive flavors from.