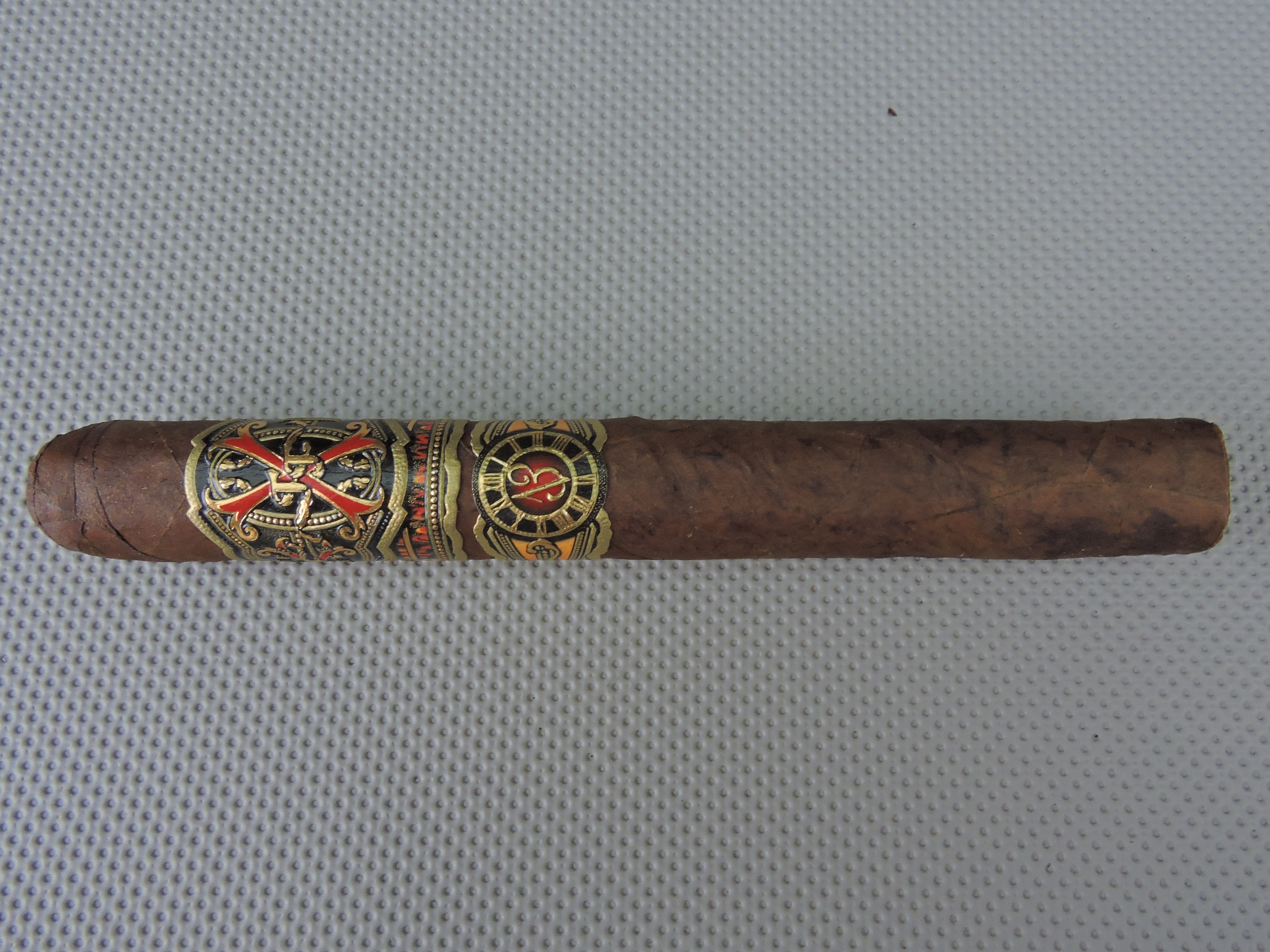 In 2012, the Arturo Fuente brand celebrated 100 years in the cigar business. While a fire at the Arturo Fuente tobacco warehouses would delay much of the celebration of the centennial milestone until 2013, there was a series of limited edition cigars released in late 2011 called the Fuente Fuente OpusX ForbiddenX 13 series. As the name indicates, this is an extension to the OpusX line and it pays homage to the history of the company. Like many of Fuente’s limited release cigars, not much information is disclosed on these cigars. Today, we take a closer look at the Short Churchill vitola- the Fuente Fuente OpusX ForbiddenX 13 Keeper of the Flame 2013. Overall this is an excellent cigar – and one that Arturo Fuente fans will want to have in their collections.

With the Fuente Fuente OpusX ForbiddenX 13 paying homage to the history of the Fuente family over the past 100 years, this is also incorporated into the cigar name. The number “13” is important because it represents a symbolic number for the Fuente family. In a story to Cigar Aficionado, company President Carlos Fuente Jr. told the publication the importance of the number to his family’s history. It was the favorite number of Carlos Fuente Sr, who also happened to be borns also born on 13th street. The address of Arturo Fuente’s U.S. headquarters is located on 1310 N. 22nd Street.  Company founder Arturo Fuente was 85 when died, but if you add up the digits of that age, it turns out to be 13.  Finally, Fuente Jr. also told Cigar Aficionado the wrapper for the OpusX ForbiddenX 13 line was grown on a 13 acre plot owned by the Fuente family. We will also see that the vitola names also pay tribute to events in the family history.

Let’s take a closer look at the Fuente Fuente OpusX ForbiddenX 13 Keeper of the Flame 2013 and see what this cigar brings to the table. As a disclaimer, this cigar assessment was based on a single cigar smoking experience.

The blend details have not been disclosed. While the only thing we know is that the wrapper was grown on a Fuente farm, it was never disclosed that the farm was in the Dominican Republic.

There are six vitolas in the Fuente Fuente OpusX ForbiddenX 13 line. Each size is packaged in 13 count boxes. Production numbers have not been disclosed, but in general the production for this line was small.

The wrapper to the Keeper of the Flame has a dark coffee bean color with a slight amount of colorado red mixed it. Upon closer examination, there is a nice amount of darker marbling that can be seen on the surface. The wrapper itself has a light coating of oil. This is also a wrapper I would describe as slightly bumpy. There are some visible veins, but most of the wrapper seams are well hidden. I also found the Keeper of the Flame to have a great barnyard aroma.

There are two bands on the Keeper of the Flame. The primary band is a variation of the Fuente Fuente Opus X band. The color scheme is black, gold, and red – with more of an emphasis on the black color than the traditional OpusX band. The front of the band contains the OpusX logo. To the right of the logo is the text “FORBIDDEN” in gold font. To the left is another smaller OpusX logo with the text “Fuente Fuente” above and below the logo – also in gold font. The lower part of the band has flames that are accented by gold trim.

There is a secondary band just below the primary band. This contains a black and gold clock complete with Roman Numerals. The center of the clock is red in color with the text” 13″ on it. On that red-colored center is a gold colored “13”. To the left and right is a yellow to orange to red gradiant design accented by gold trim.

Prior to lighting up the Keeper of the Flame, I went with my usual choice of a straight cut.  Once the cap was successfully clipped, I moved on to the pre-light draw. The dry draw provided a mix of coffee, wood, and a slight tingly spice. Overall I considered the pre-light draw for this cigar to be excellent. At this point I was ready to light up the Keeper of the Flame and see what the smoking phase would have in store.

The start of the Keeper of the Flame delivered a mix of coffee and cedar notes. There also was a little bit of white pepper I picked up on the after-draw. The white pepper also was very subtle on the retro-hale.

As the Keeper of the Flame moved through the first third, the cedar note became multi-dimensional as I picked up both cedar sweet-spice and some generic wood notes. The coffee notes were a close secondary note. In addition, a natural tobacco note now surfaced in the background. The white pepper was still present on the after-draw, but was increasing on the retro-hale. During this stage, the flavors produced were amazing and really meshed well together.

By the last third of the Keeper of the Flame, the cedar notes took on almost a smoky quality. There also was an increase in spices from both the cedar and pepper components. There still were some grass and natural tobacco notes present. This is the way the flavor profile came to a close. The resulting nub was slightly soft to the touch, but cool in temperature.

Overall the burn of the Keeper of the Flame scored well. The cigar maintained a straight burn path from start to finish. There was a slight amount of jaggedness on the burn line. Any additional touch-ups were purely cosmetic. The resulting ash was nearly white in color. Although there was some minor flaking, I didn’t find this to be what I consider to be a loose ash. The burn rate and burn temperature were both ideal. 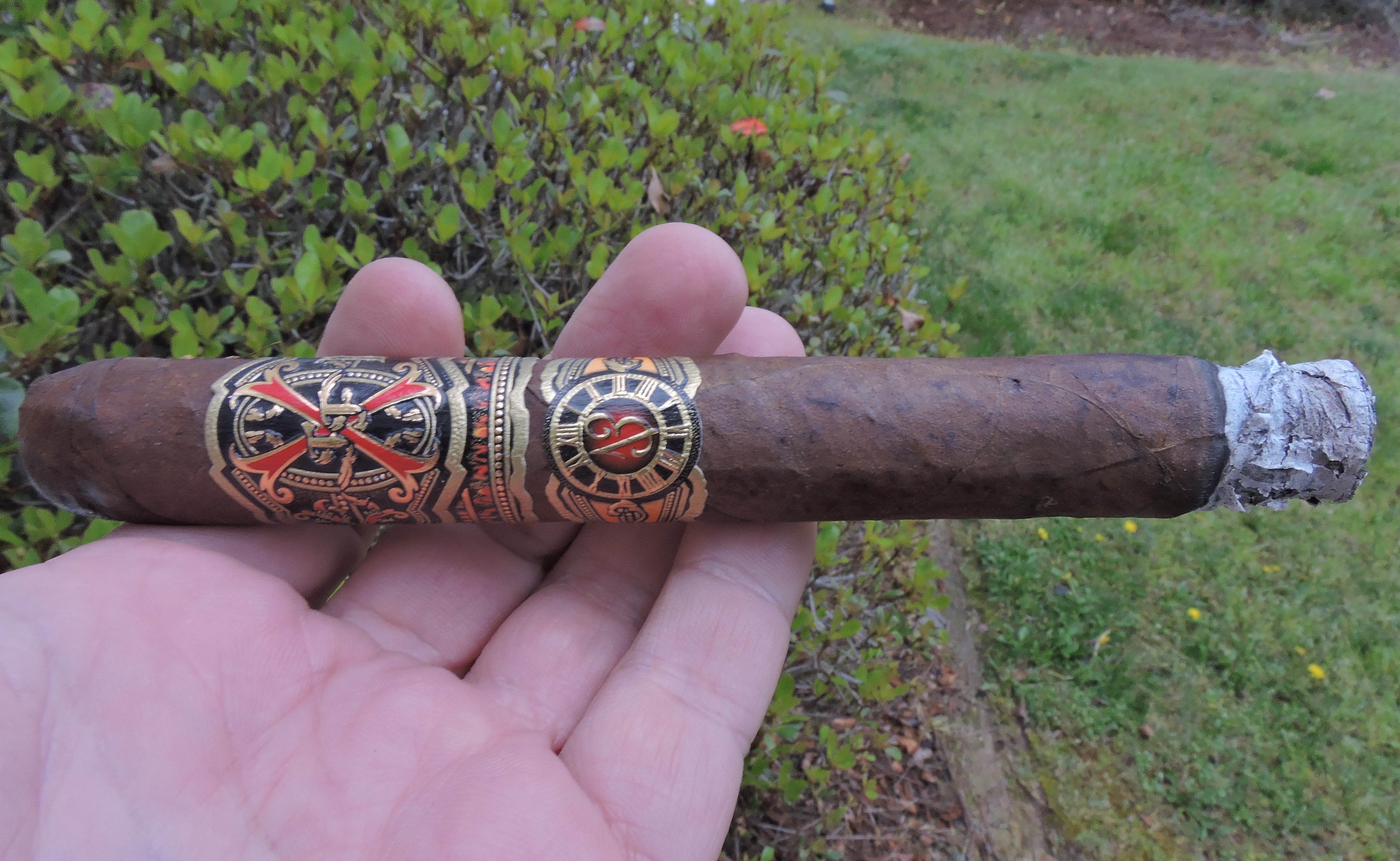 As for the draw, it was not too tight and not too loose. This made the Keeper of the Flame a low maintenance cigar to derive flavors from.

Before I lit up the Keeper of the Flame, I had expectations of this being an Oasis level cigar. Once I lit the Keeper of the Flame, the flavors produced were amazing in terms of the way they complemented each other and meshed together. Early on, it looked like this cigar was heading for the elusive Oasis rating. However, as the cigar progresses the flavors went from amazing to very good.  While I enjoyed the smoky woody profile at the end, this cigar didn’t have the amazing flavors that it started out with. That being said, this was based on a single cigar smoking experience.

This is a cigar I’d steer to a more experienced cigar enthusiast, but I wouldn’t discourage a novice from trying. As for myself, I still enjoyed this cigar. It’s still worthy of getting the Box Worthy rating – which is still way above average in our book.