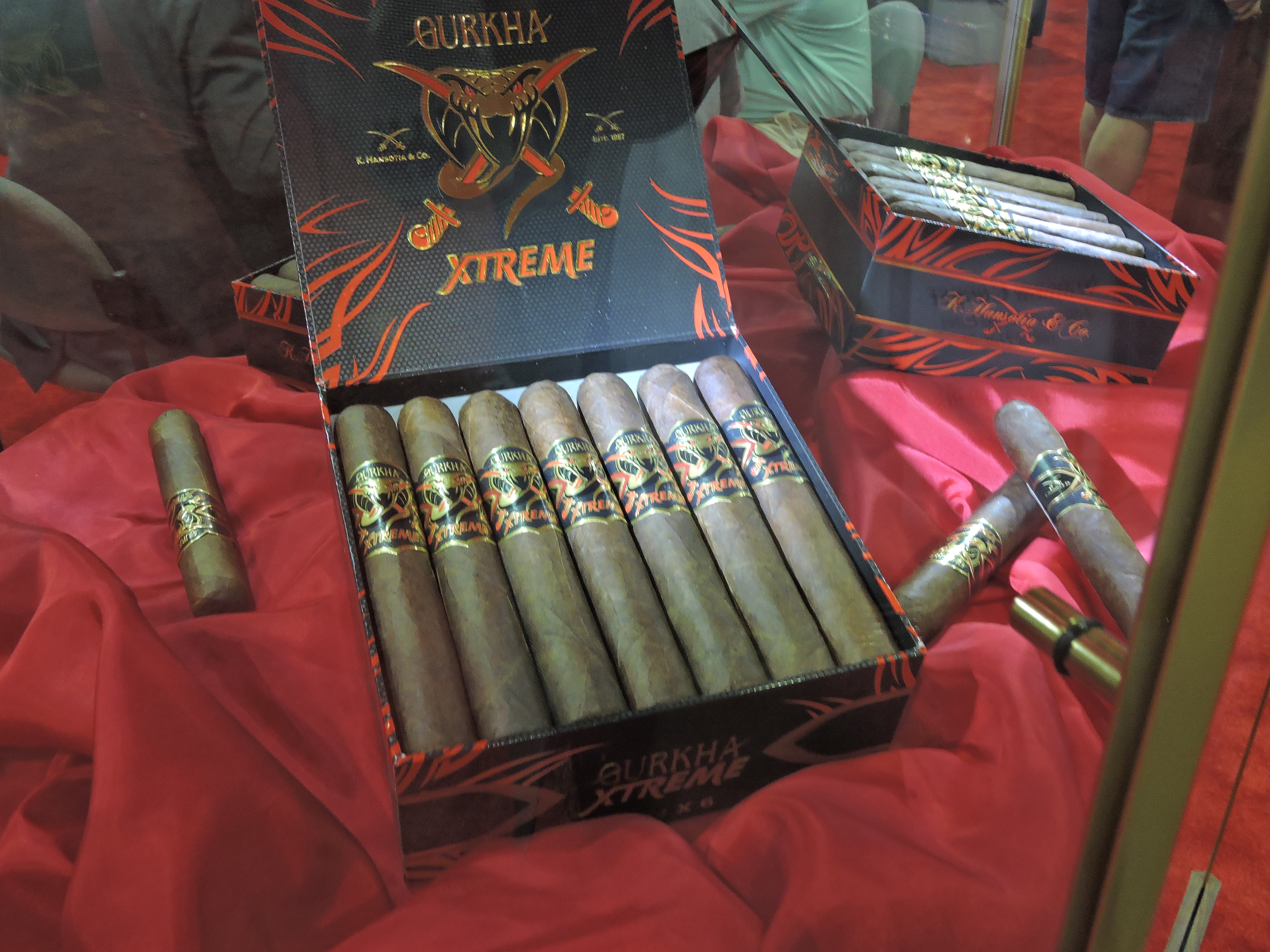 The Xtreme was a cigar introduced two years ago. It was packaged in a more elaborate futuristic styled box. According to Gurkha, there was a legal issue with the design of the box and the project was put on hold for a while. While the packaging was being re-designed, the cigars produced received extra aging.

The new box design also is leading to a price reduction close to $2.00 per cigar.

Gurkha Xtreme consists of a Nicaraguan wrapper over  a proprietary binder and filler. The cigar is offered in three sizes: Gran Robusto (5 x 54), Toro (6 x5 0), and XO (6 x 60). Each of the sizes are packaged in 20 count boxes.