Both Rose of Sharon and Jacobs Ladder were planned to be released in 2017 and 2018, but like many companies, the pending FDA regulations have changed plans. According to Southern Draw, the Rose of Sharon will have a very limited production.

Rose of Sharon keeps to the theme of naming its core blends after flowering plants. In a press release by the company it says it “selected the Rose of Sharon in part for its biblical expression that first appeared in the King James Bible in 1611, the Song of Solomon 2:1 ‘I am the rose of Sharon, the lily of the valley’ and to celebrate ‘the Belle’ of Southern Draw, Sharon Holt whose calming hand, tireless devotion and personal touch have defined the culture of the Southern Draw brand.”

The blend for Rose of Sharon consists of an Ecuadorian Connecticut wrapper, Nicaraguan binder, and a combination of Nicaraguan and Dominican fillers. As with all Southern Draw offerings the cigar is being produced at Tabacalera Fernandez. 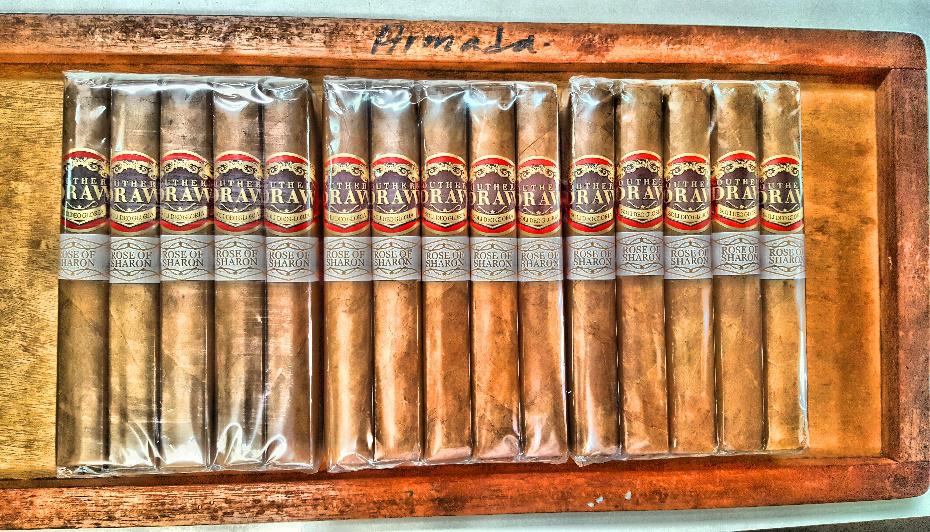 The cigar is being offered in seven box-pressed sizes. Each of the sizes are available in 20 count boxes, 20 count bundles, and 2 to 5 count DRAWpak samplers. Pricing ranges from $8.50 to $10.00. The perfectos will have a slightly higher price point at $11.79.

Southern Draw Chief Evangelist Robert Holt commented, “Southern Draw has been blessed to now offer 7 unique blends and 37 vitolas as it fortifies its growing brand with a flavorful yet elegant Connecticut wrapped blend and a hearty spice bomb wrapped in toothy Pennsylvania Broadleaf. “After the great disappointment of missing IPCPR last week to focus our efforts in Nicaragua, these new releases are extra special to the company and to me personally. With these new blends, Southern Draw puts an exclamation mark on our commitment to this fine industry while paying homage to influential references and family that sacrifice daily to bring Southern Draw Cigars to our valued partners. We pray these premium blends are enjoyed and our messages are shared”.

Earlier this week, the company announced line extensions to its existing Kudzu, Firethorn, and QuickDraw lines.

At a glance, here is a look at the Southern Draw Rose of Sharon: