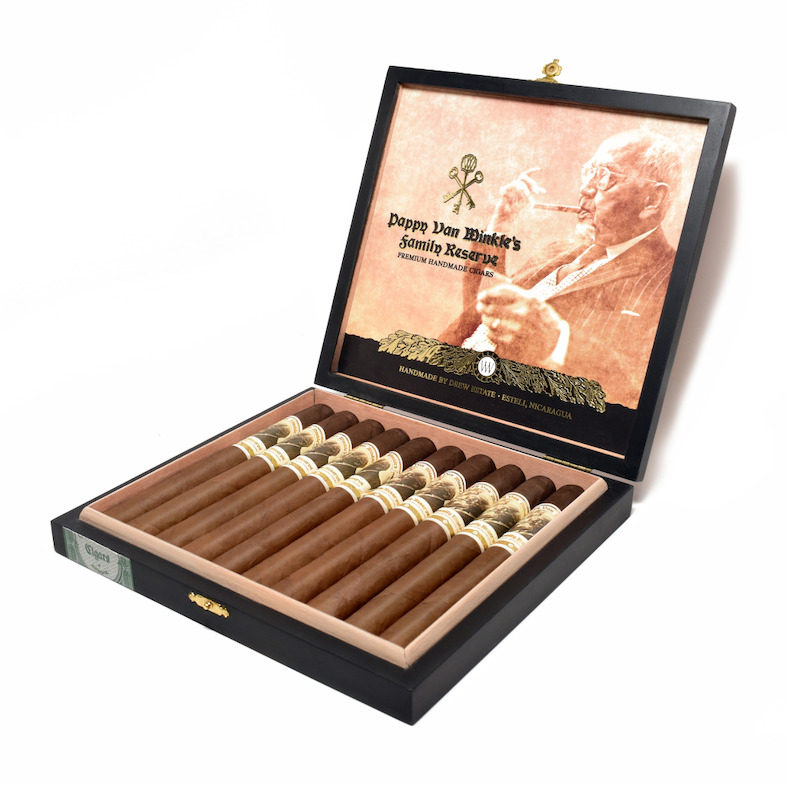 According to Drew Estate co-founder Jonathan Drew, “I just checked the shipment in the Miami Warehouse yesterday. We really went out of our way to make sure that people could order them, and receive them in time for this year’s holiday season.”

As for the Pappy Drew Limitada, it is a 4 7/8 x 60 barrel head shaped vitola that is similar to the Liga Privada Unico Serie Feral Flying Pig. The Pappy Drew Limitada will be sold in three packs, but will only be available as gift when consumers purchase at least one box each of the Churchill, Toro, and Robusto sizes.

The new sizes are the first line extensions to the Pappy Van Winkle Family Reserve Barrel Fermented since  it officially launched in April 2015.