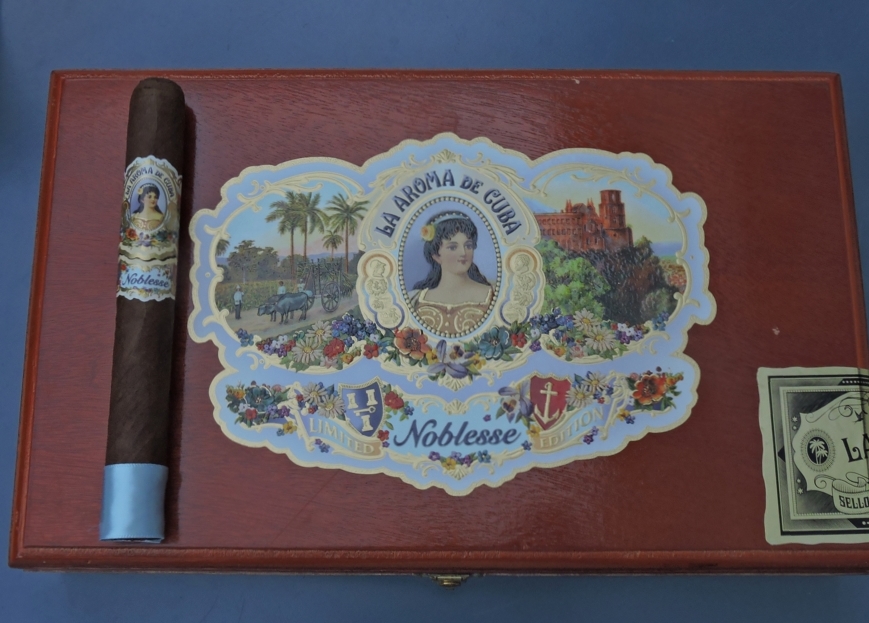 Ashton’s La Aroma de Cuba Noblesse, the limited edition premium offering that Ashton Cigars is back for 2016.  As a part of the return, a belicoso offering  called Viceroy will be added to the line. The La Aroma de Cuba Noblesse Viceroy joins the Coronation (Toro) and Regency (Robusto). The cigar made its debut at the 2016 IPCPR Trade Show and has now arrived at retailers.