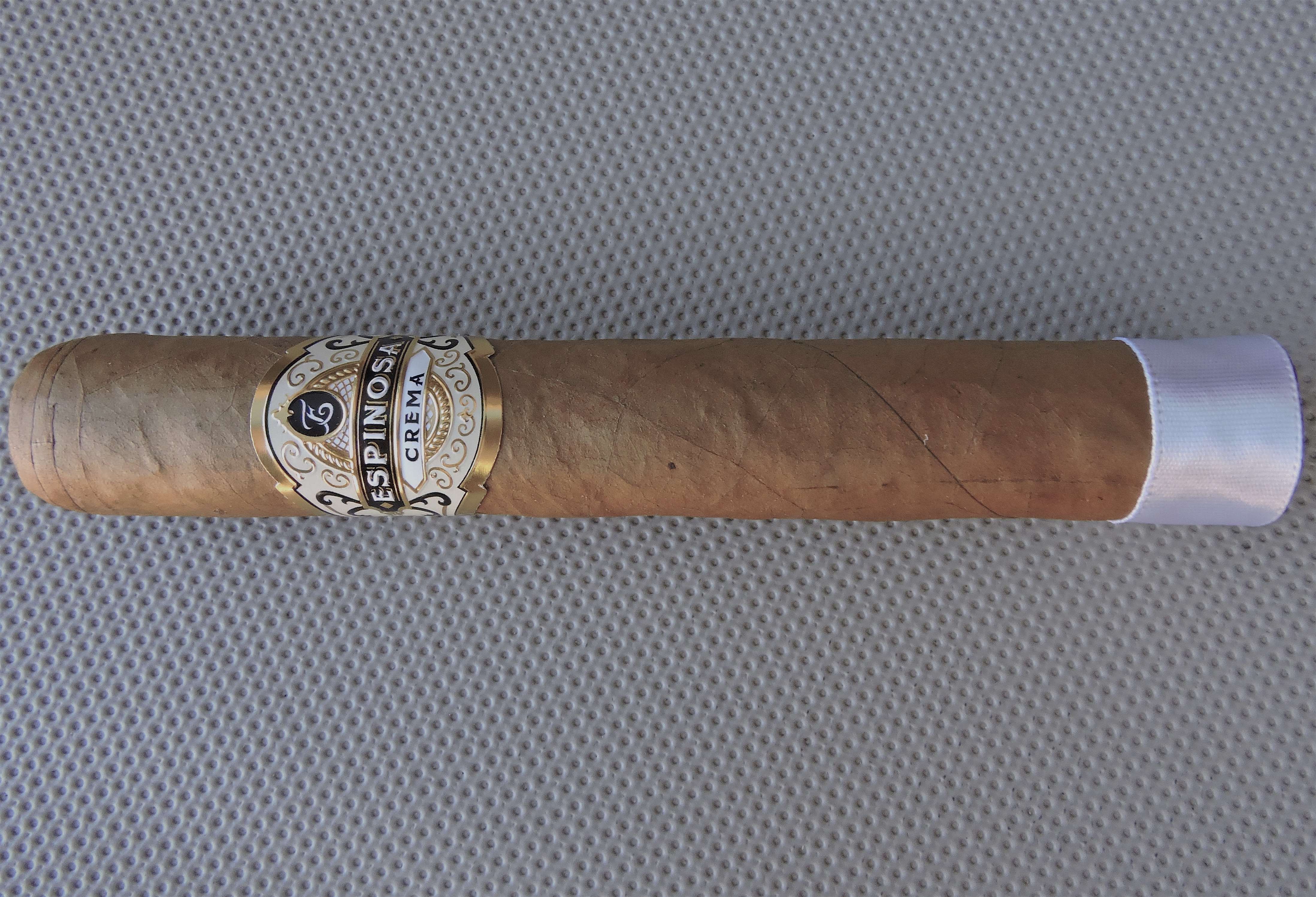 Prior to the 2016 IPCPR Trade Show, Espinosa cigars announced a new Connecticut Shade offering cigar called the Espinosa Crema. Over the past few years, many of Espinosa Cigar’s lines have focused around medium / medium to full offerings. With the Espinosa Crema, this is a milder offering. It is a cigar meant to offer what La Zona Factory Operations Manager Hector Alfonso has termed a “gateway cigar” – namely a cigar that could appeal to newer cigar enthusiast. At the same time, the Espinosa Crema could appeal to all cigar enthusiasts looking to reach for a milder offering. Recently, I’ve an opportunity to smoke the Espinosa Cream Toro Grande (6 x 56) size. Overall not only is this an excellent offering, but in my opinion, succeeds in delivering a great Connecticut Shade cigar in a larger ring format.

Without further ado, let’s break down the Espinosa Crema Toro Grande and see act this cigar brings to the table.

The Espinosa Crema is produced at the company’s La Zona factory in Esteli, Nicaragua. In addition to an Ecuadorian Connecticut Shade wrapper, the blend also incorporates Nicaraguan tobaccos.

Three sizes of the Espinosa Crema were announced prior to the 2016 IPCPR Trade Show.

Three additional sizes were announced shortly after the trade show.

The Espinosa Crema is packaged in 20 count boxes. 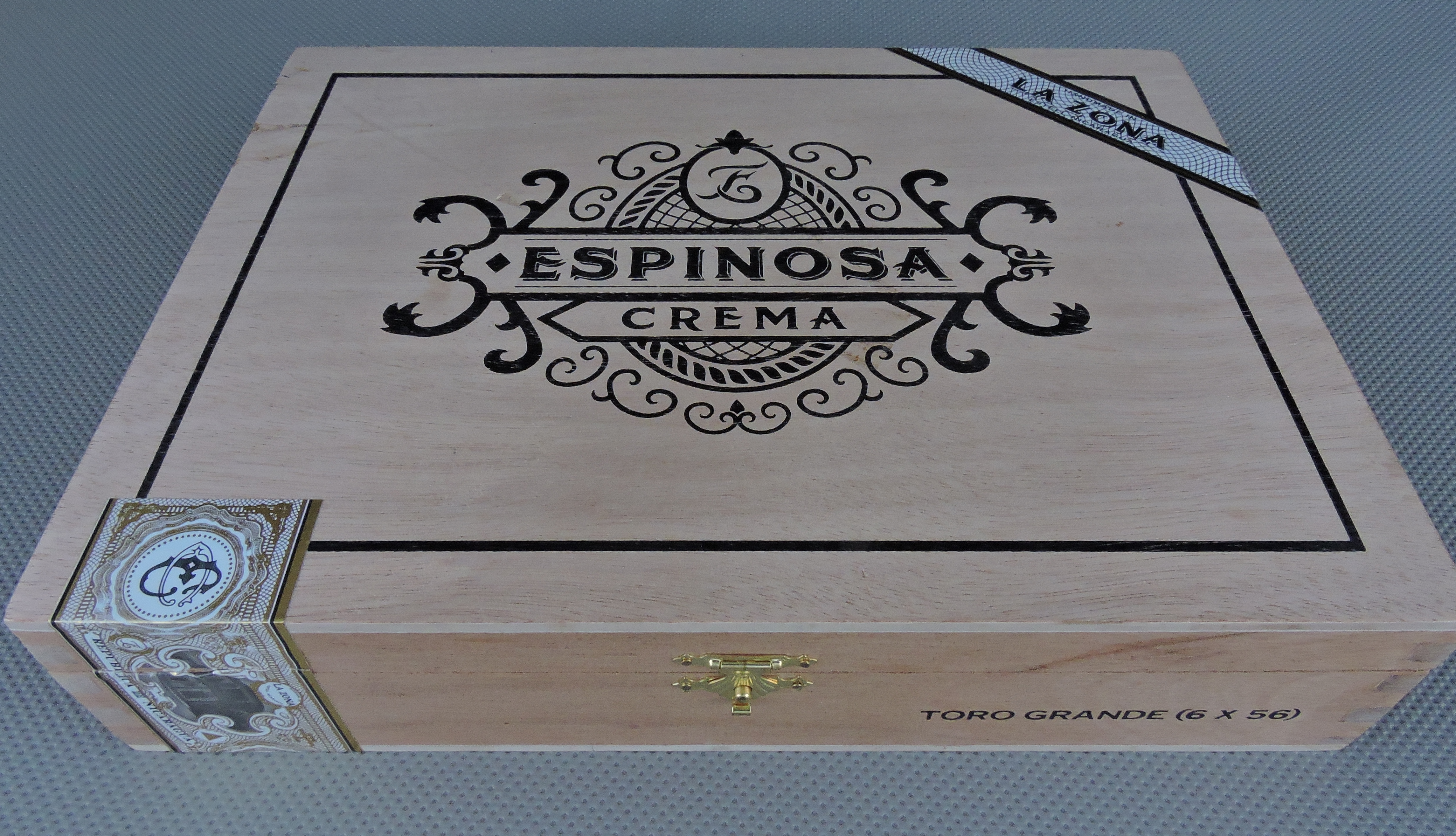 The Ecuadorian Connecticut Shade wrapper of the Espinosa Crema Toro Grande had a light brown color with a slightly weathered look. At the same time, the wrapper was still quite aesthetically pleasing. The wrapper was slightly oily. There were also some visible veins and visible wrapper seams.

The band of the Espinosa Crema uses a similar design introduced with the Espinosa Laranja Reserva and continued with the Espinosa Especial, Espinosa Alpha Dawg, and revamped Espinosa Habano. The band of the Espinosa Crema  has a black, white, cream, and gold color scheme. The middle of the band has a black nameplate design with the text “ESPINOSA” in white font. Below that stripe is a smaller white nameplate with the text “CREMA” in smaller black font. Toward the top of the band is Espinosa “Z” scripted logo in white font on a black background. The left and right side of the band contains the text “ESTELI NICARAGUA” and “HECHO EN LA ZONA” in dark font on a gold-patterned background. To the far left is a small black circle with gold trim that serves as a band fastener. A gold cursive La Zona logo sits on that circle. The far right has a black circle with a gold cursive Espinosa “E” logo. There is also a white ribbon around the footer of the cigar.

Prior to lighting up the Espinosa Crema Toro Grande, I went with a straight cut to remove the cap. After the cap was clipped, I moved on to the pre-light draw experience. The dry draw provided subtle notes of cream and wood. There was also a slight natural tobacco sweetness I derived from the cigar. Overall this was a satisfactory pre-light draw for the Espinosa Crema Toro Grande. At this point I removed the ribbon from the cigar, lit it up, and awaited what the smoking phase would deliver.

The profile of cream, classic wood, and sweetness continued during the early phases of the Espinosa Crema Toro Grande. The cream and wood became primary flavors early on. The sweetness settled into the background and had a slight orange citric component. I also detected a subtle black pepper note on the tongue. Meanwhile there was a cedar component on the retro-hale.

As the Espinosa Crema Toro Grande moved through the first third, the classic wood morphed into a cedar-like note delivering a combination of sweetness and spice. This cedar note joined the cream in the forefront. In the background I still detected the orange sweetness and distant black pepper. There also was a nut component that had surfaced in the background

The second third saw the cream and cedar remain primary notes. Early in the second third, there was a slight increase in the orange sweetness. Once the Espinosa Crema Toro Grande passed the midway point, some of the classic wood qualities resurfaced with the cedar in the forefront. At the same time, there was a slight increase in the pepper. The nut flavors were also still present.

The last third of the Espinosa Crema Toro Grande saw the combination of the wood and cedar notes in the forefront. There was a slight decrease in the cream as it pretty much shifted to a secondary note. The black pepper also remained in the background. By this stage the orange notes had diminished and the nut flavors had dissipated. This is the way the Espinosa Crema Toro Grande came to a close. The resulting nub was firm to the touch and cool in temperature.

The burn path to the Espinosa Crema Toro Grande remained straight from start to finish. There was some occasional jaggedness on the actual burn line. While I applied some additional touch-ups along the way, I didn’t find this cigar to need need an excessive amount of them. The resulting ash was a salt and pepper color. This ash was on the firm side and came off the cigar in clean chunks. Meanwhile the burn rate and burn temperature were ideal. 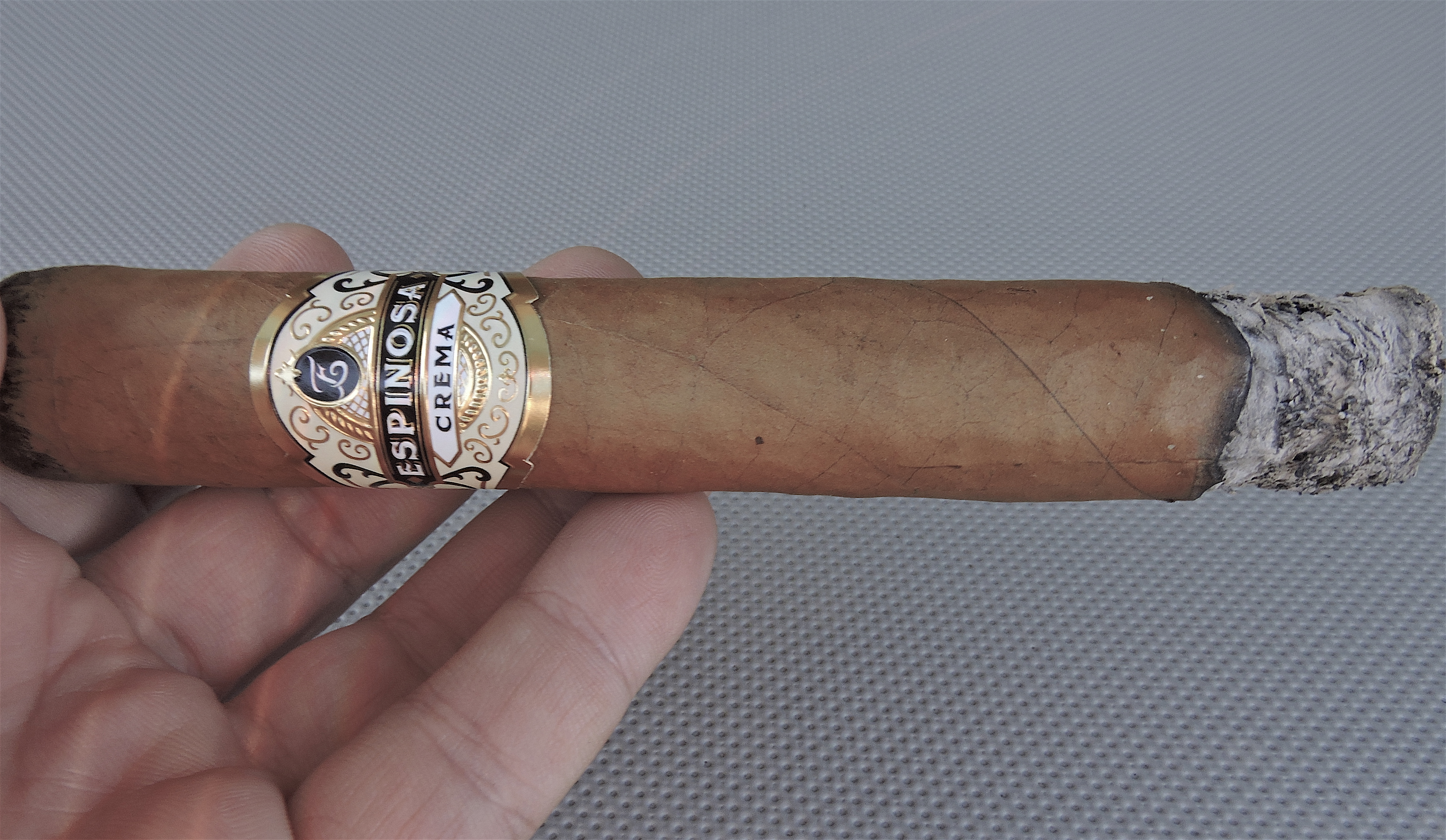 The draw to the Espinosa Crema was open, but not loose. Overall this was a low maintenance cigar to derive flavors from.

In terms of strength and body, I definitely found the Espinosa Crema Toro Grande to be dialed back compared to many other offerings in the Espinosa portfolio. This is a cigar that started out mild in strength. There was a short spike in strength during the last third and the Crema Toro Grande progressed into mild to medium territory. Meanwhile the body started out mild to medium and by the last third had moved into medium territory.

While I am one that has always been open to and have enjoyed longer and bigger ring gauge cigars, when it comes to Connecticut Shade cigars in this category, I have found many times a blend will fall short. No such case with the Espinosa Crema Toro Grande as I found the 6 x 56 format worked quite well with this cigar. I still found this Connecticut Shade to be more on the traditional side in terms of flavor profile, strength, and body – and that works to the advantage of this cigar. The bottom line is that Espinosa has succeeded in delivering its “gateway cigar”.