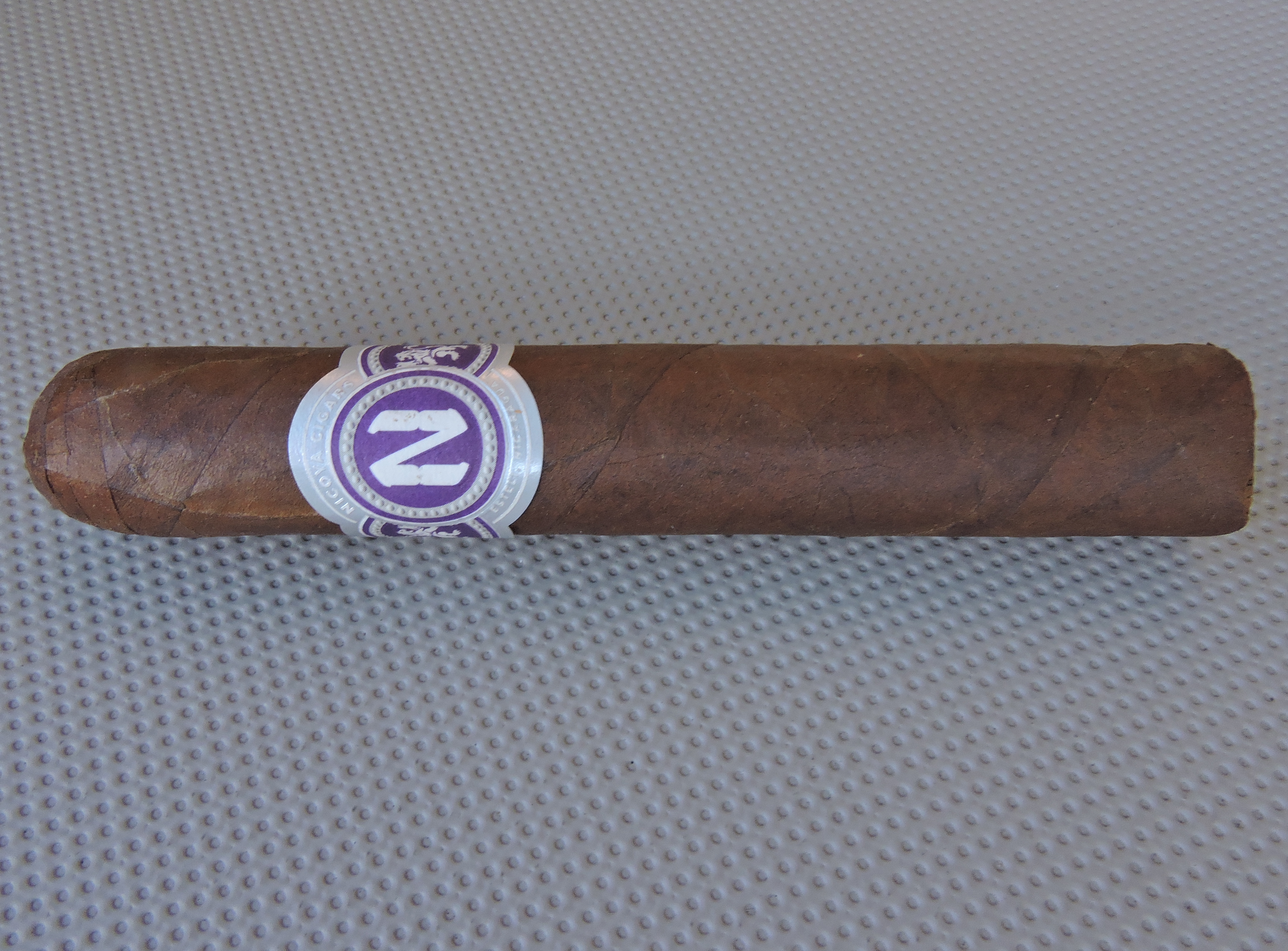 The Nicoya Robusto Fuerte is one of two blends launched by new company Nicoya Cigars in 2016. Nicoya Cigars was founded by Australian Gerard Hayes. While Nicoya is the name of the large peninsula located on the Pacific Ocean side of Costa Rica, it is also a name that refers to the people who live in the neighboring country of Nicaragua. With the Nicoya brand, it pays homage to the people of Nicaragua. To make his cigar brand, Hayes teamed up with Tabacalera Fernandez – the factory owned by A.J. Fernandez. Over the past few years, Fernandez has worked on releases for other new boutique brands such as Southern Draw Cigars, Senor Rio Cigars, and Nomad Cigar Company. In each of those cases, Fernandez has worked with the brand to produce a quality release. With Nicoya Cigars, it appears another winner is in the works. I found the Nicoya Robusto Fuerte to be an excellent cigar offering and one of the revelations of 2016.

Without further ado, let’s break down the Nicoya Robusto Fuerte and see what this cigar brings to the table.

The Ecuadorian Habano wrapper of the Nicoya Robusto Fuerte has almost a mahogany color. Upon closer examination some darker marbling can be seen on the surface. The wrapper itself is smooth with a light coat of oil on it. There are some visible veins and thin visible wrapper seams. The cigar itself was well-packed.

As I normally do, I started the cigar experience of the Nicoya Robusto Fuerte with a straight cut. After successfully clipping the cap, I moved on to the pre-light draw phase. The dry draw provided a mix of blackberry, natural tobacco, and a slight cedar note. Overall I considered this to be a very good pre-light draw. At this point, I was ready to light up my Nicoya Robusto Fuerte and commence the smoking phase.

The start to the Nicoya Robusto Fuerte continued to deliver more of the blackberry and natural tobacco notes that I detected on the pre-light draw. There was a slight woody note in the background. I also detected a combination of white and red pepper in the background. This pepper combination produced an additional layer of spice on the retro-hale. At the same time, this pepper combination had some sharpness on the retro-hale.

During the first half of the Nicoya Robusto Fuerte, the natural tobacco and blackberry notes alternated in intensity in the forefront. The pepper notes slightly subsided a little further into the background. The woody notes were also present in the background and from time to time found their way into the retro-hale.

During the second third, the wood notes joined the natural tobacco as primary notes. The blackberry notes subsided into the background and joined the pepper notes. I also detected some earth notes in the background.

By the last third of the Nicoya Robusto Fuerte, the wood and natural tobacco notes remained primary notes. The earth notes from time to time could also be detected in the forefront. It was also during this phase where pepper notes increased back to the level of the first third. The blackberry sweetness remained in the background. This is the way the cigar experience of the Nicoya Robusto Fuerte came to a close. The resulting nub was firm to the touch and cool in temperature.

The Nicoya Robusto Fuerte was a well-constructed cigar and this reflected nicely on the burn and draw. The burn line remained relatively straight from start to finish. The cigar also maintained a straight burn path throughout the smoking experience. One sample had more of a white colored ash while the other sample had more of a salt and pepper ash. I also found one sample (the white colored ash) to be firmer than the other sample (the salt and pepper ash). The burn rate and burn temperature remained ideal throughout the smoking experience. 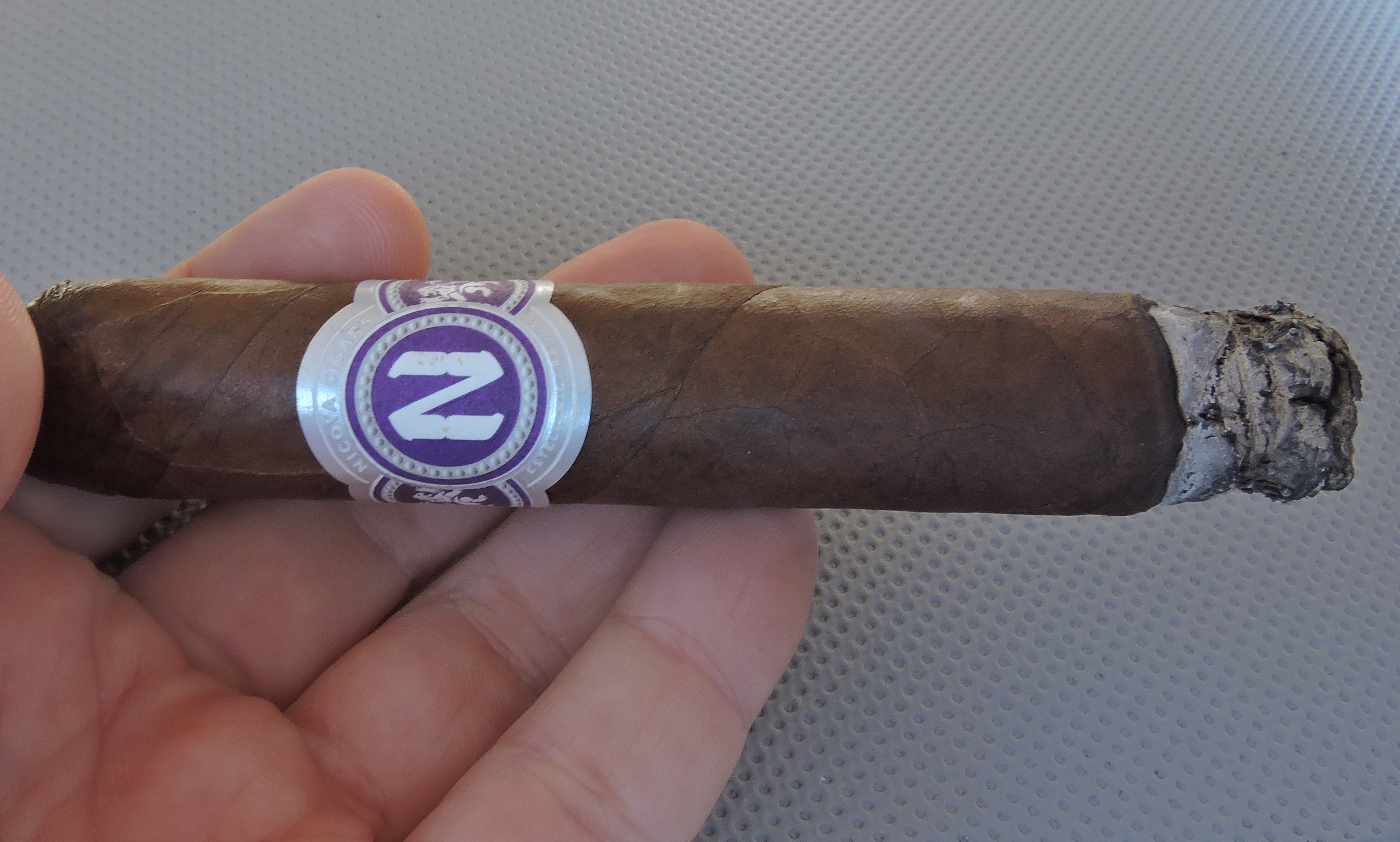 Burn of the Nicoya Robusto Fuerte

The draw to the Nicoya Robusto Fuerte had a touch of resistance to it – which is something I like. I could infer this was from the cigar’s tighter pack. Overall this cigar was still a low maintenance cigar to derive flavor from.

In terms of the name “Fuerte”, I definitely found the Nicoya Robusto Fuerte earned this name. I found this cigar to be a medium to full strength cigar. During the last third of this cigar, I found the strength came close to approaching the full level. In terms of body, there was a lot of depth and boldness to the flavors. With the retro-hale factored in, this was a full-bodied smoke from start to finish.

The Nicoya Robusto Fuerte is quite an impressive offering for Hayes. Right out of the gate this cigar commanded my attention and held my interest. It delivered a nice balance of sweetness and spice along the way. The boldness of this cigar was signature A.J. Fernandez. At the same time, the sweetness I derived from this cigar was very different than anything I had smoked out of Tabacalera Fernandez in the past. The price point was a little higher ($10 to $12), but this cigar does deliver a quality smoke. Overall given this is a stronger and bolder cigar, it’s one I would probably steer to someone who is a little more experienced.  As for myself, this is a cigar I would smoke again – and it’s certainly worthy of a box split.