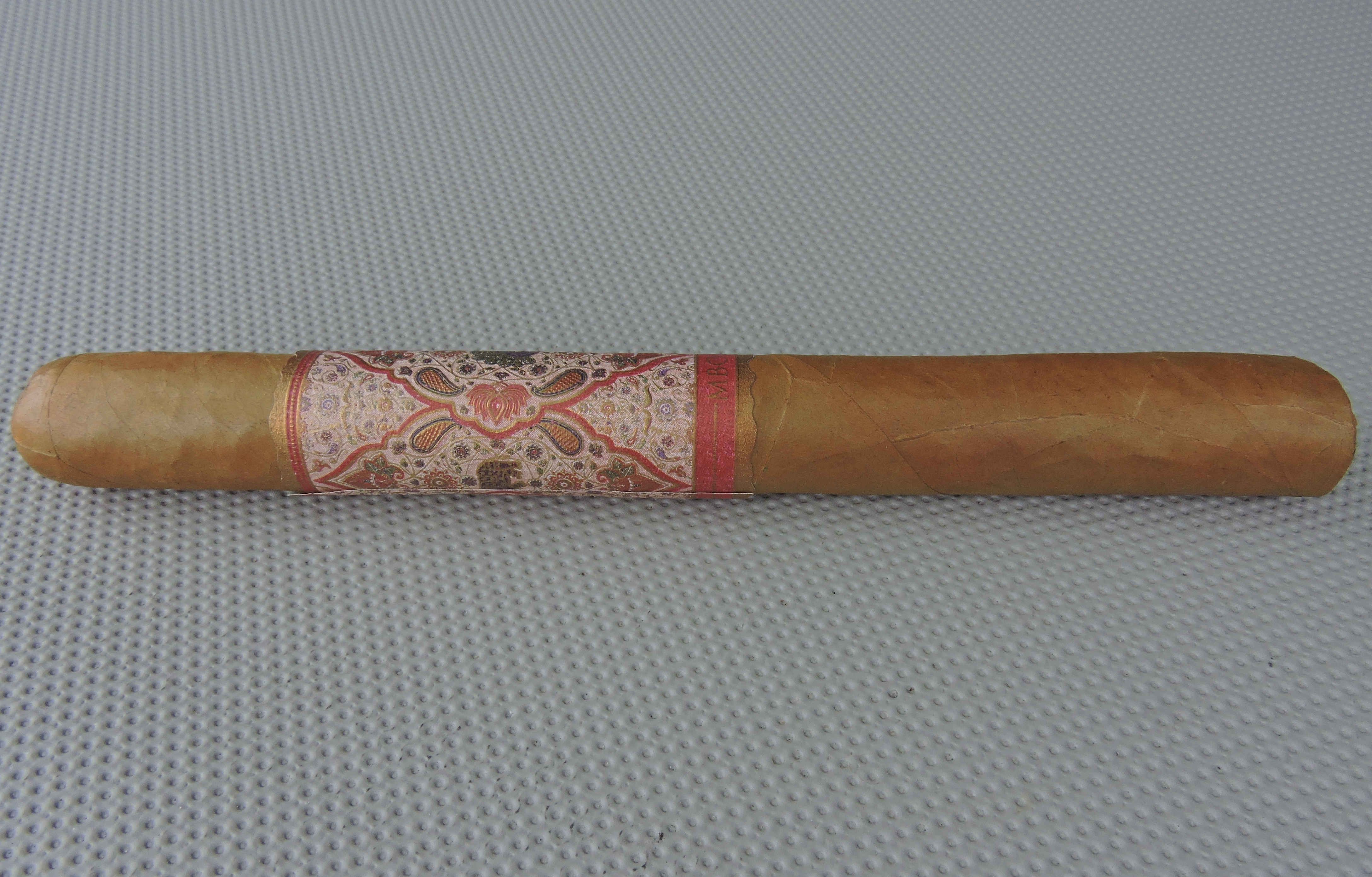 The MBombay Classic is one the first regular production lines from Mel Shah’s Bombay Tobak. The cigar highlights a “classic” Ecuadorian Connecticut Shade wrapper. Over the past few years, I’ve been quite intrigued with smoking Shah’s blends. One reason is that they have intrigued me for being unique multinational blends. In addition, it has impressed me how each vitola in a line tells its own unique story – and the MBombay Classic is no exception. Recently I’ve had an opportunity to smoke the MBombay Classic in the Churchill size. Overall I found this to not only be an enjoyable cigar, but an example of where I thought a blend came together really well with a vitola.

Shah came into the cigar industry by way of the IT industry. In 2001 he retired from IT, and he launched Fame Wine and Cigars in Palm Springs, California. In 2014, Shah took the next step in his evolution in his cigar career and entering the manufacturing space by launching Bombay Tobak. The company is known for its MBombay and Gaaja brands.

Without further ado, let’s break down the MBombay Classic Churchill and see what this cigar brings to the table.

The MBombay Classic has been launched in five sizes. Each of the five sizes is packaged in 20-count boxes.

The Ecuadorian Connecticut wrapper of the MBombay Classic Churchill had a light brown color to it. There was also a light coating of oil on the surface. The wrapper was slightly bumpy and had some thin visible veins and thin wrapper seams. The cigar is finished with a covered footer

Like many of the other MBombay offerings, the Classic has a large band covering the middle section. It has an Indian-mosaic design consisting of a red, rose, and olive color scheme. There is a red stripe toward the lower part of the band with the text “MBOMBAY” in gold font.

When the large band is removed, it reveals a smaller band that can stay on the cigar for a longer period of time. This band also features the brand’s signature rose, red, and gold Indian-inspired mosaic design. There is red and gold trim across the top and bottom of the band. Prominently displayed on the band is the text “MBOMBAY” in large red font. Just below that text is the text “CLASSIC” in a smaller red font. Identifying the Classic blend on this second band is something more recently introduced to the MBombay Classic line.

As usual, I used a straight cut to remove the cap of the MBombay Classic Churchill. After the cap was clipped, I proceeded with the pre-light draw ritual. The dry draw delivered notes of cream, cedar, and fruit. Overall I considered this to be a satisfactory pre-light draw. I then continued then lit the MBombay Classic Churchill and prepared to enjoying the smoking experience.

The start of the MBombay Classic Churchill delivered notes of cedar and cream. I also detected the presence of an herbal note. As the flavor profile evolved during the first third of the MBombay Classic Churchill, the cream and herbal notes took center stage. The cedar diminished into the background. Meanwhile, the retro-hale saw an additional layer of herbal and cedar notes.

Throughout the first third, the cream and herbal notes alternated in intensity. As the MBombay Classic Churchill moved into the second third, the cream notes seemed to have an edge over the herbal notes. During this phase, an orange rind note surfaced, delivering some additional sweetness and a touch of bitterness. This orange flavor varied in intensity throughout the second third. The cedar notes also remained in the background.

By the last third, the herbal notes took control over the flavor profile again. There was an increase in the cedar notes. Meanwhile, I still picked up notes of orange rind and cream. This is the way the flavor profile of the MBombay Classic Churchill came to a close. The resulting nub was firm to the touch and cool in temperature.

The MBombay Classic Churchill had no trouble maintaining a straight burn path.  The burn line was slightly curved at times, but this was a cigar that was never in danger of meanderings. The resulting ash was tight and firm with salt and pepper complexion. I judged the burn rate and burn temperature to be ideal. 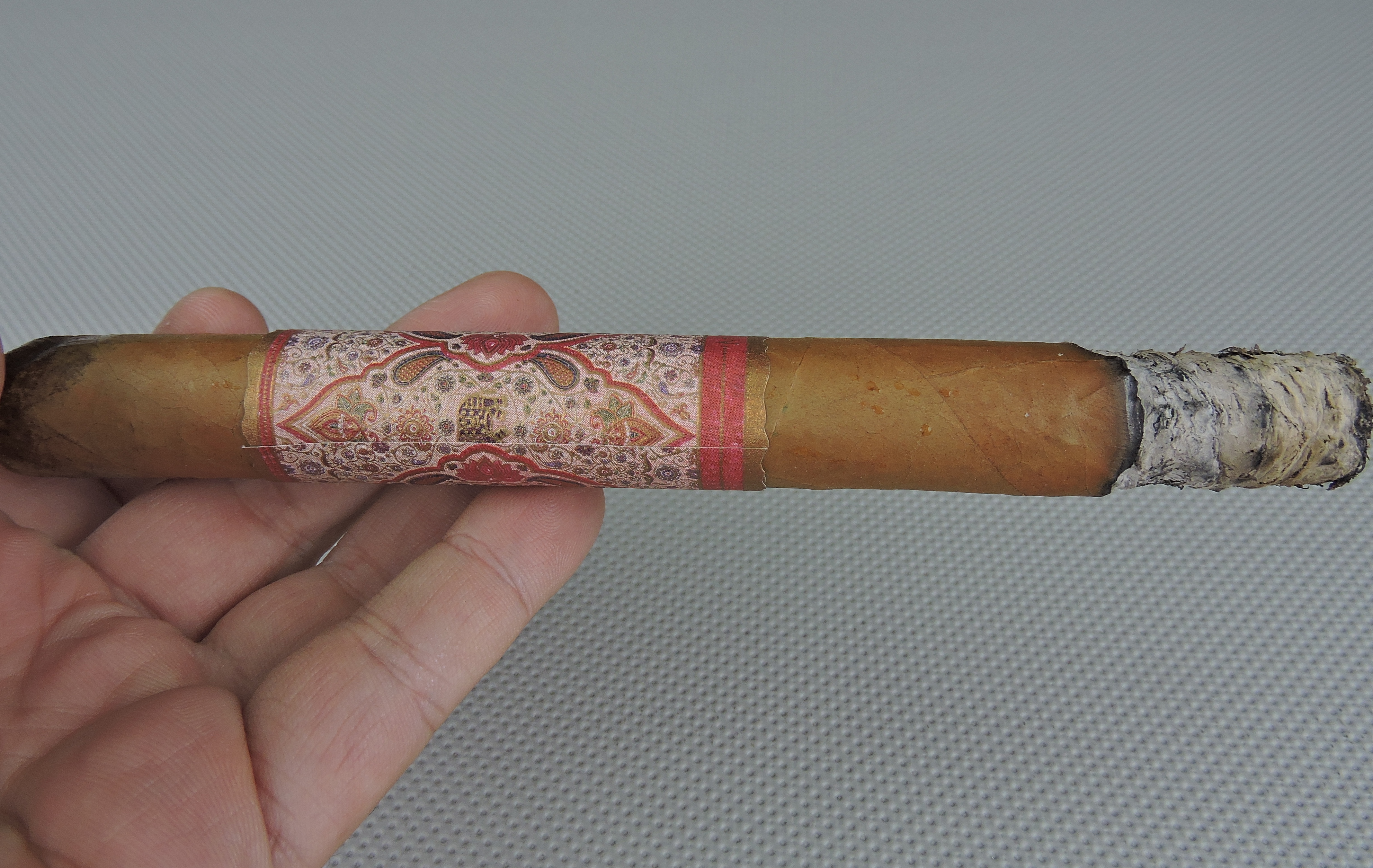 Burn of the MBombay Classic Churchill

The draw was also perfect. It was not too loose, nor was it too tight. This was a low maintenance cigar to derive flavor from.

From a strength perspective, I found the MBombay Classic Churchill to be on par with a traditional Connecticut Shade cigar. This cigar started out mild to medium in strength. I found the strength level to increase linearly and by the second half, the strength had crossed into medium territory.

On the other hand, I found the MBombay Classic Churchill to be a bolder Connecticut Shade from a body standpoint. This was a cigar that started off medium-bodied before progressing to medium to full in the second half.

As for strength versus body, I gave the edge to the body.

As I said at the beginning, sometimes a blend comes together in a particular size and shape. If you would have asked me whether the Churchill for the MBombay Classic would be enjoyable in that size, I probably would not have thought so. Sometimes I find that cigars 7 inches or greater in length tend to run out of steam flavor-wise. This was not the case with the MBombay Classic Churchill, as it held its flavor from start to finish. The longer length allows some of the complexities of this cigar to develop. Finally, I did like how this cigar was traditional in terms of strength, but more contemporary when it came to flavor.