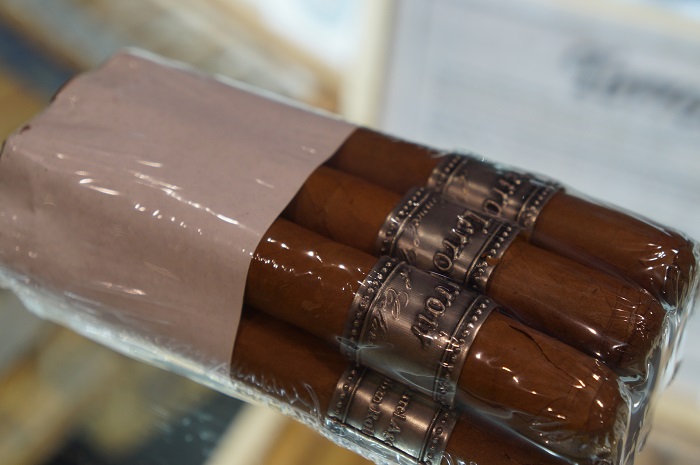 Terroir is produced at the El Titan de Bronze factory in Miami, Florida. Chinnock worked with Willy Herrera to develop the blend.

Chinnock Cellars also has a corresponding wine brand, and owner Brian Chinnock has worked to integrate the world of wine and cigars with his brands – and this is showcased on the unique metal band that is a part of the Terroir line. Chinnock used the technology involved with a foil capsule from a wine bottle to build the Terroir’s unique metal band. While metal cigar bands are nothing new, what you will see on the Terroir Series is a metal band that essentially has all of the characteristics of a paper band. The band is flexible and has a wax backing so it doesn’t damage the wrapper.

Terroir is a term used in the wine industry that refers to the environment where a particular wine is produced. This environment incorporates factors such as soil, topography, and climate.

At a glance, here is a look at the Chinnock Cellars Terroir line.