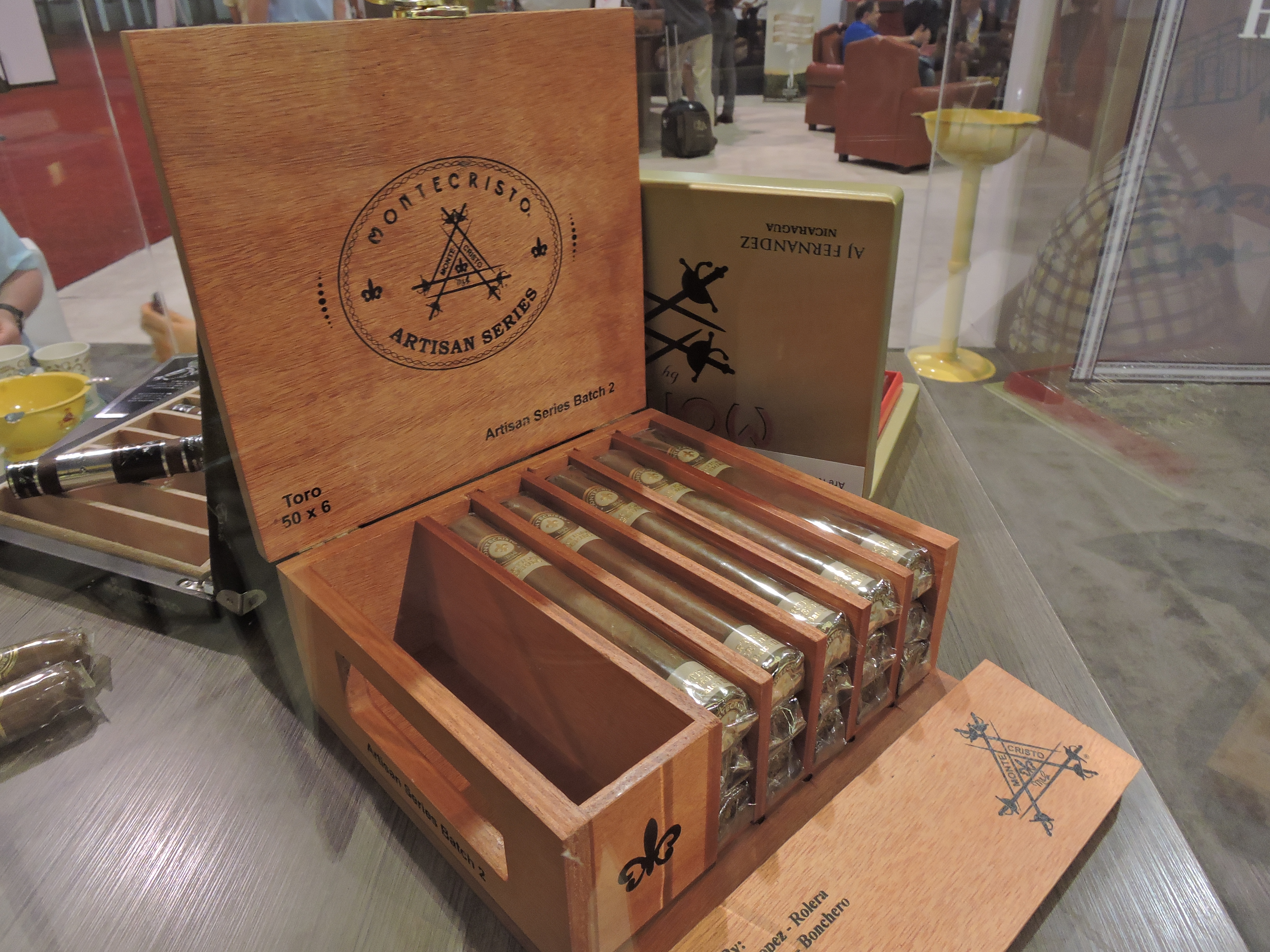 Like Batch 1, the Montecristo Artisan Series Batch 2 uses aged tobaccos from a private batch of some of Altadis’ best tobaccos. The Batch 2 features a different blend from its predecessor as it consists of an Ecuadorian Habano wrapper, a Java Indonesian binder, and fillers from the Dominican Republic, Nicaragua, and Colombia. This year’s cigar is also a Toro, but it measures 6 x 50 (as opposed to Batch 1’s 6 x 54).

The Montecristo Artisan Series Batch 2 uses a similar concept to Batch 1 in that it was blended and rolled by a subset of Altadis’ Grupo de Maestros. The cigar was blended by Javier Elmudesi, Candido Rosario, and Elmer Suárez. The cigars were rolled by Paulina Lopez and bunched by Alberto Yach. This is a completely different team than who worked on Batch 1.

“Something imaginative needed to be created to meet the expectations and overall standard set by the original artisan batch,” commented Altadis U.S.A. in a press release. “When you factor its propositioned demand with the limited nature of the release, Artisan Batch 2 may become one of the most desirable cigars within the Montecristo brand.”

The cigars are packaged in 15-count boxes. Each cigar is priced at $18.00. Shipping to retailers is expected in September 2017.

At a glance, here is a look at the Montecristo Artisan Series Batch 2: