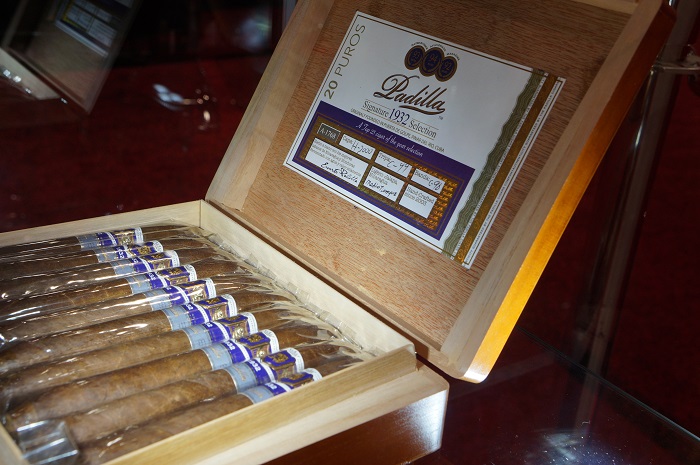 Padilla Cigar Company is bringing back what many consider to be its most iconic release. At the 2017 IPCPR Trade Show, the company showcased an all-new look for the Padilla Signature 1932 line.

The Padilla 1932 pays homage to Heberto Padilla, the father of company owners Ernesto and Carlos Padilla. Heberto Padilla was an acclaimed Cuban poet who was imprisoned by the Cuban government. Eventually, he was released from prison and he and his family settled in the United States.

It was in 2006 when the Padilla 1932 was released. It was originally produced out of the El Rey de Los Habanos factory in Little Havana with Don Pepin Garcia. In 2012, Padilla decided to restructure his portfolio and the 1932 was discontinued, although it did return for short time as an exclusive to Meier & Dutch, the distribution arm for Cigars International.

This time production of the Padilla 1932 will come out of Fabrica de Tabacos Raices Cubanas S. de R.L. (Raises Cubanas) in Honduras. The cigar is highlighted by a High Priming Corona wrapper, Double Criollo binder, and Nicaraguan fillers. It is available in seven sizes each packaged in 20-count boxes.  The boxes and bands also got a packaging update.