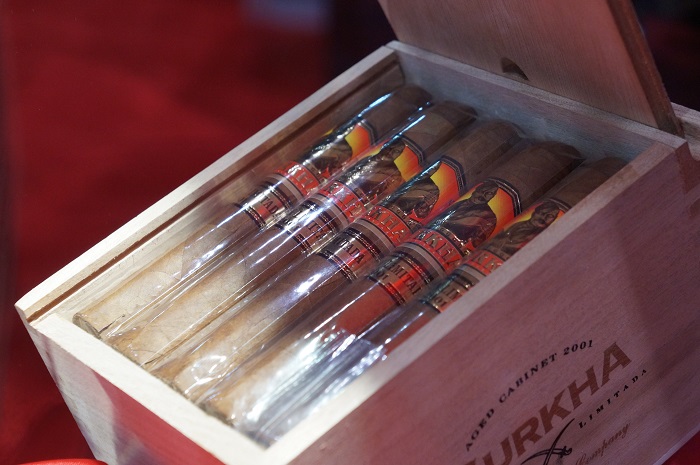 While most of Gurkha Cigars’ new product was announced prior to the 2017 IPCPR, the company held back one thing to unveil at the trade show. It’s a two blend line known as the Gurkha Aged Cabinet Selection.

The Gurkha Aged Cabinet Selection comes in one size – a 5 x 50 Robusto, but it comes in two blends – one featuring an Ecuadorian Connecticut wrapper – and the other featuring an Ecuadorian Habano wrapper. Both blends feature a Dominican binder and filler. According to Gurkha, both blends feature tobacco from a 2001 vintage. The cigars are produced at the PDR Cigars factory.

As they name indicates, both blends come in cabinet-style boxes – a departure from Gurkha’s elaborate packaging seen on many of its lines. Each blend is packaged in 20-count boxes.

At a glance, here is a look at the Gurkha Aged Cabinet Selection: