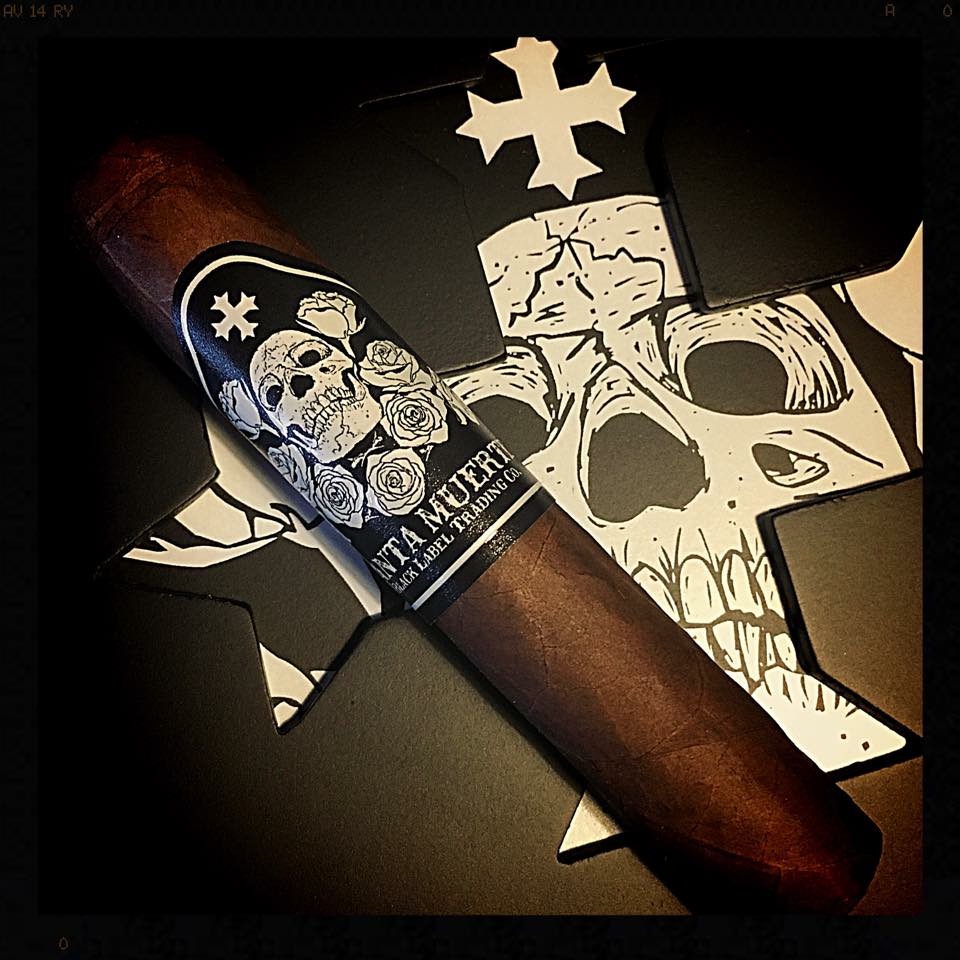 “This is our second release of Santa Muerte and people really responded well to the change of pace for us. Our limited releases tend to be full-bodied with a Maduro wrapper but this one is a medium bodied cigar with an Ecuadorian Habano wrapper. It features six filler tobaccos which create a very unique and rich flavor profile. You experience layer upon layer of coffee, malt, spice and cocoa,” said James Brown, creator of BLTC and partner at Fabrica Oveja Negra in a press release.

The Santa Muerte made its debut in 2016. The 2017 release features an Ecuadorian Habano wrapper and binder as well as Dominican, San Andres, and Nicaraguan tobaccos in the filler. The cigar also returns in the same sizes as 2016: Corona Gorda (5 1/2 x 48) and Short Robusto (4 3/4 x 52). Both sizes are available in 20-count boxes and each cigar has a suggested retail price of $10.00.

One slight change found on the 2017 Santa Muerte is a modification to the band from the inaugural release.

As Black Label Trading Company has released the Santa Muerte, the company’s factory Fabrica Oveja Negra has moved into a larger facility in Estelí, Nicaragua.