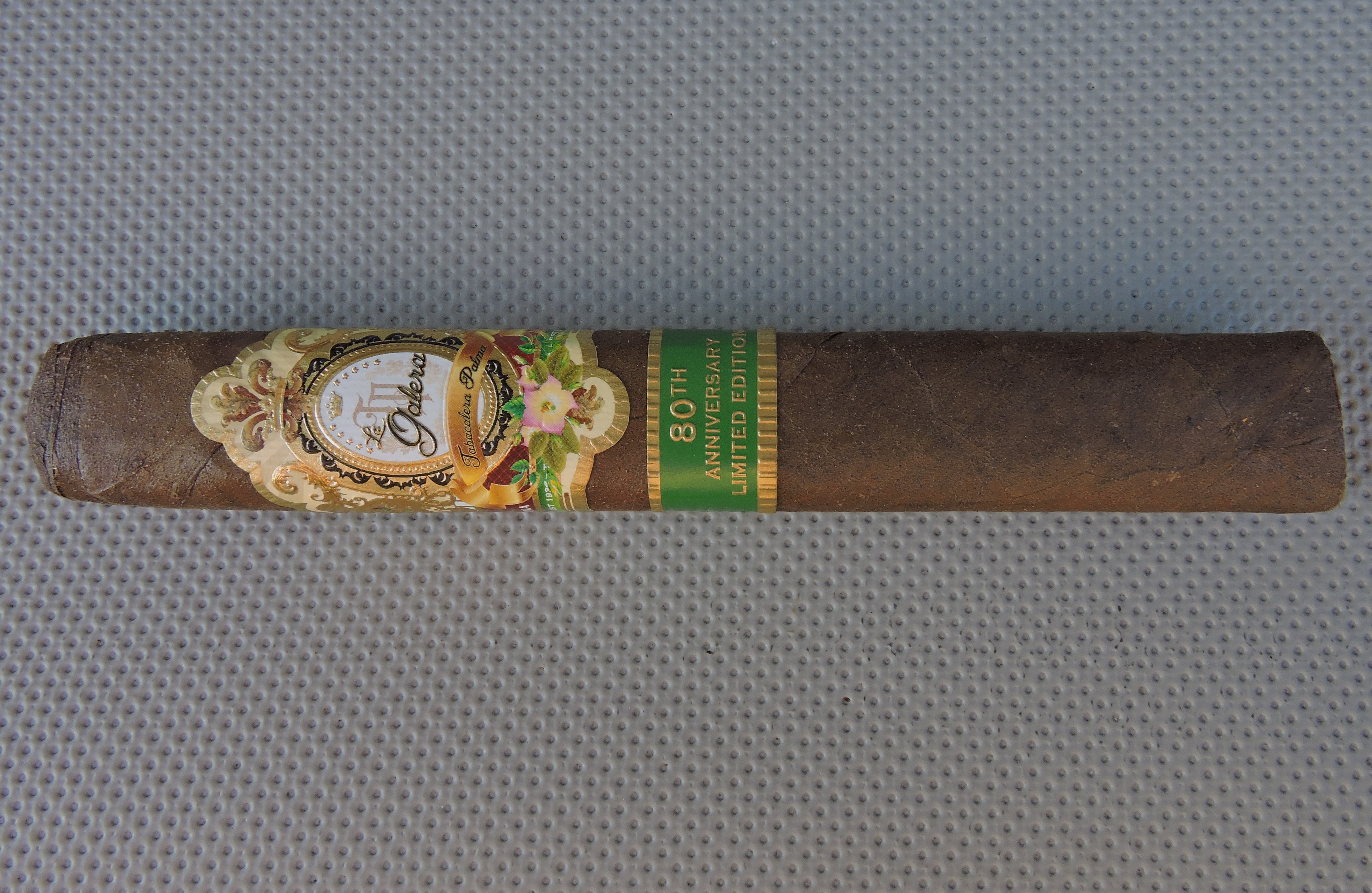 Over the past few years, Jochy Blanco has become a power in the cigar industry. He is best known as a tobacco grower and the owner of the Tabacalera Palma factory. Tabacalera Palma is known more recently for brands such as Boutique Blends, Matilde Cigars, Villiger, and Las Cumbres Tabaco, but it is a factory with a long history. The factory originally opened in 1936 and last year celebrated its 80th anniversary. Right around this time was when Blanco was launching his own brand, La Galera, into the market. Last year, Blanco released a cigar under the La Galera brand to commemorate the occasion with the La Galera 80th Anniversary Box Pressed Limited Edition. Today, we take a look at closer look at the La Galera 80th Anniversary in the El Lector (Toro) size.

While Blanco was the creating the blends for La Galera Cigars, he acquired a company called IndianHead Cigars from industry veteran Bill Bock. IndianHead Cigars was a company that consisted of mostly value-priced cigars. La Galera would essentially become the premium cigar component under IndianHead. As for the name, La Galera brand pays homage to the cigar factory. “La Galera” refers to the roller’s room in the factory which is the heart of where the activity takes place. Many of the vitolas across La Galera lines are named after items in the factory. El Lector, which is the Toro size, refers to the person in the factory who would read the headlines from the newspaper to the workers in the factory.

Without further ado, let’s take a closer look at the La Galera 80th Anniversary Box Pressed Limited Edition El Lector and see what this cigar brings to the table.

The La Galera 80th Anniversary utilizes a San Andres Maduro wrapper over an all Dominican blend. This is one of two La Galera cigars utilizing the San Andres wrapper – the other being the La Galera Maduro.

The La Galera 80th Anniversary Box Pressed Limited Edition comes in a unique box that resembles a cigar mold. In the box are 14 cigars in two different vitolas: Seven of the cigars are a 6 1/8 x 52 torpedo known as Cortador while the other seven are a 6 x 54 Toro known as El Lector. Production is being limited to 4,000 boxes (each containing seven cigars in both sizes). Inside the boxes, there is a decal where the boxes are numbered and contain the signatures of Blanco, the roller, and the factory supervisor. 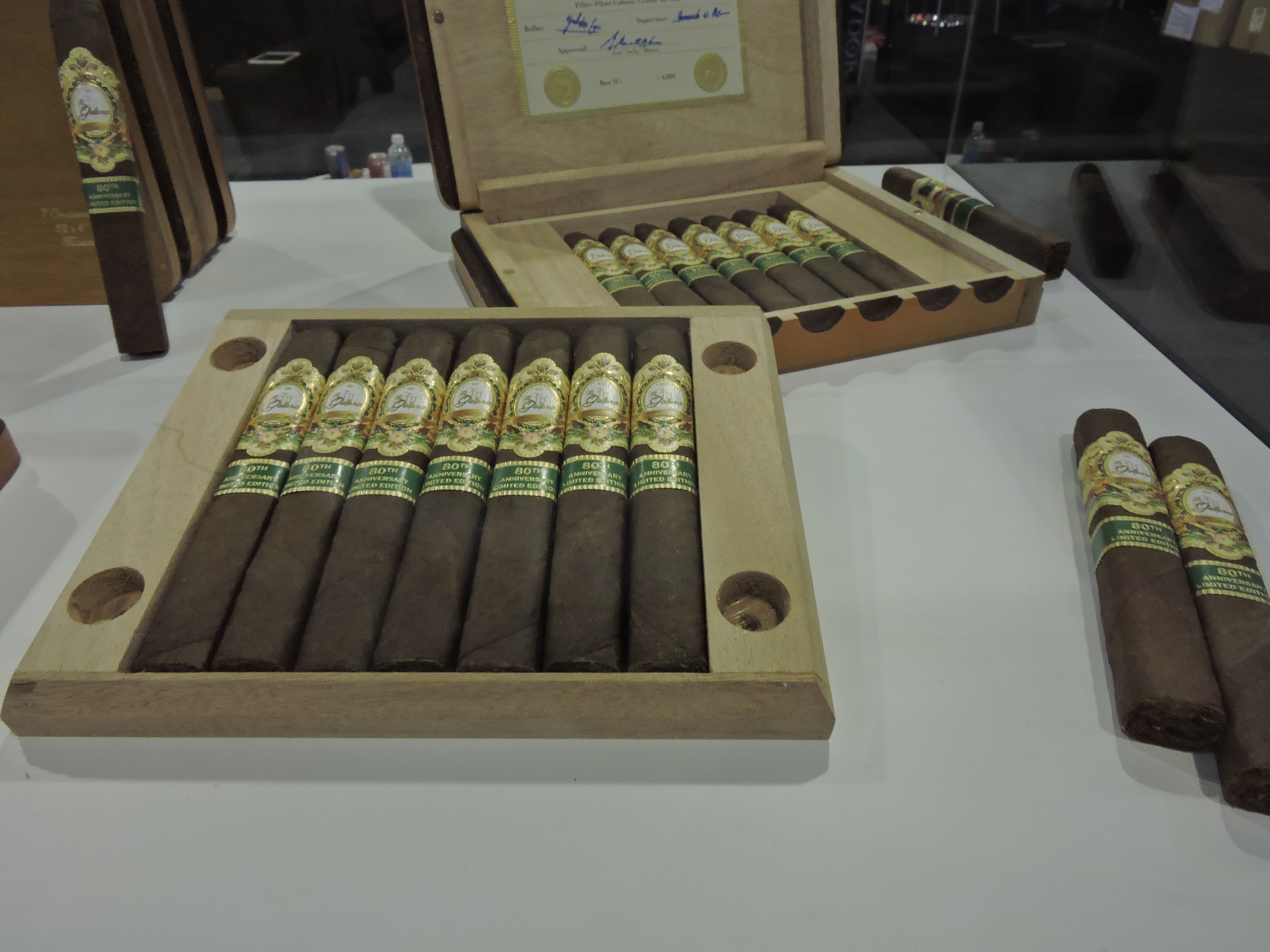 The San Andres wrapper of the La Galera 80th Anniversary Box Pressed Limited Edition El Lector has a classic chocolate brown color to it. Upon closer examination of the cigar I smoked, some mottling could be seen on the surface of the wrapper. The wrapper itself had a light coating of oil on it. This was a relatively smooth surface as there were only some thin visible veins and thin wrapper seams. The box-press itself was on the sharper side in terms of its pressing. There were no soft spots on the box-press.

There are two bands on the La Galera 80th Anniversary Box Pressed Limited Edition. The primary band shares the same elaborate design seen on other La Galera lines. The center of the band has a white oval with the text “La Galera” in a gold scripted font. The background of the oval also features the “TP” (Tabacalera Palma) initials in a light gold-colored old English font. The lower part of the oval has a gold ribbon design draped over it with the text “Tabacalera Palma” in a dark cursive font. The upper part of the band is adorned with pictures of a beach, a farm, and a representation of a portrait from the Tabacalera Palma factory. There are also various gold adornments on that section of the band.

The lower part of the band is red. The text “La Galera” in a light font flanks the left and right side of the band. The text “REPUBLICA DOMINICANA” is on the lower portion of the band in white font while the text “HECHO A MANO” is on the right side. On the far left lower side is a Dominican Republic flag. The far right side has another gold-colored “TP” (Tabacalera Palma” logo). The bottom of the band has a tobacco flower flanked by a green stripe with the text “TABACALERA PALMA” on each side in light font. There is also a secondary band that is green with gold trim. On the band is the text “80TH ANNIVERSARY LIMITED EDITION” in gold font.

Prior to lighting up the La Galera 80th Anniversary Box Pressed Limited Edition El Lector, I used my usual choice of a straight cut to commence the cigar experience. After clipping the cap, I moved on to the pre-light draw phase. The cold draw delivered a mix of cocoa, cedar, and a slight apricot sweetness. Overall, I considered this to be a very good pre-light draw. At this point, I was ready to light up the La Galera 80th Anniversary El Lector and see what the smoking phase would have in store.

The start to the La Galera 80th Anniversary Box Pressed Limited Edition El Lector delivered a mix of black coffee, earth, green pepper, floral, and cedar notes. The coffee and earth notes moved to the forefront during the early stages. Meanwhile, there was an additional layer of black pepper and cedar on the retro-hale.

By the midway point of the La Galera 80th Anniversary El Lector, the mocha notes started to shed some of the sweetness. This resulted in the black coffee and earth notes becoming primary. By this point, there was an increase in the cedar and pepper spices. A black pepper component was now mixed in with the green pepper. There was still a touch of floral notes.

By the last third, the spices were now pretty much on even par with the earth and coffee notes. The chocolate sweetness that was present early on had pretty much dissipated. However, there still was a slight floral component present. This is the way the cigar experience of the La Galera 80th Anniversary El Lector came to a close. The resulting nub was slightly soft to the touch and cool in temperature.

The burn of the La Galera 80th Anniversary El Lector maintained a straight burn path from start to finish. There was a slight amount of jaggedness on the actual burn line, but this burn never got or track nor was prone to meandering. The resulting ash was on the firm side. This was an ash with a light charcoal gray color. As for the burn rate and burn temperature, both were ideal. 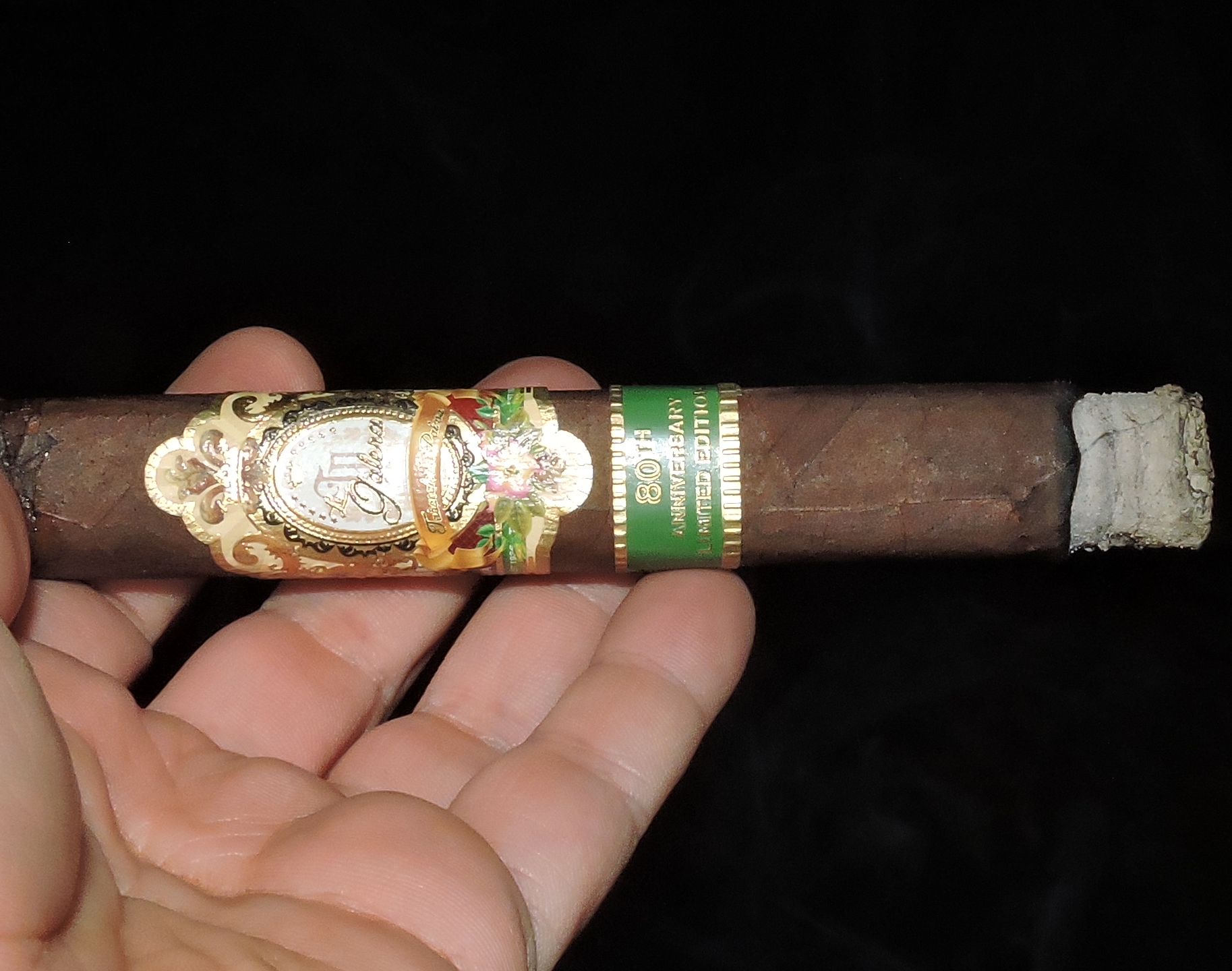 The draw to the La Galera 80th Anniversary El Lector performed quite well. This was a draw that was not too loose, nor too tight. I found this draw had the right amount of openness for a box-press, thus making this a low maintenance cigar to derive flavor from

When it came to the La Galera 80th Anniversary Limited Edition El Lector, the first and last 10% of this smoke underwhelmed me. However, I found that middle 80% to be excellent –  and that was more than enough to carry me with this cigar. At the same time there was enough in the way of complexity to keep me interested from start to finish. In the end, I still give a slight edge to the other La Galera San Andres blend, the La Galera Maduro, over the 80th Anniversary one. Still this is a cigar I could recommend to an experienced cigar enthusiast – or a novice looking to move to something in the medium/medium-plus range. As for myself, I’d smoke this again – and it’s certainly worthy of having a few of these in my humidor.