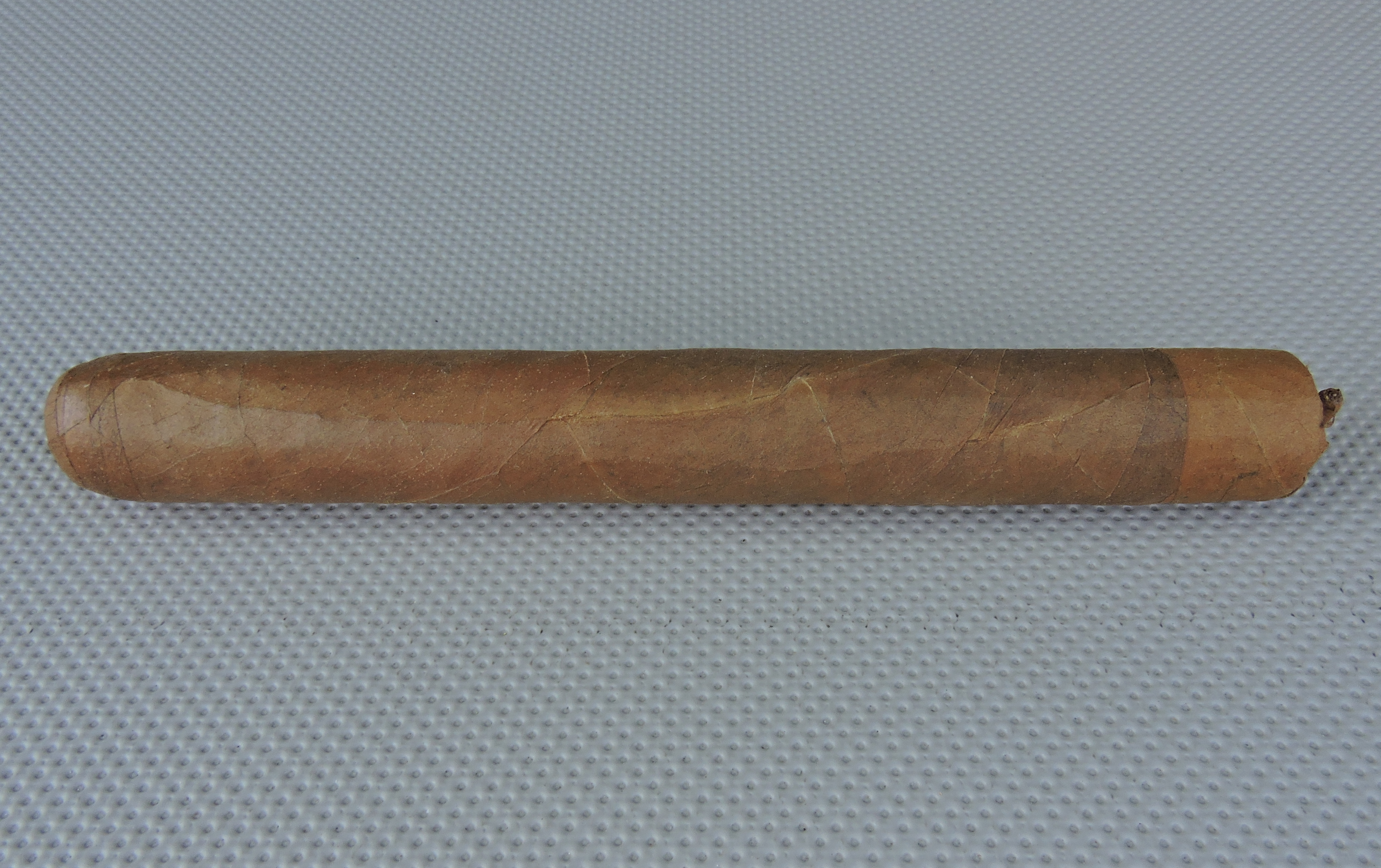 Gran Habano Cigars is the company owned by the father-son team of Guilliermo and George Rico. The Rico family’s involvement can be traced back to 1920 when Guillermo’s grandfather started growing tobacco. Today, the Rico family owns and operates the G.R. Tabacaleras Unidas SA located in Danlí, Honduras, with U.S. based distribution operation in Miami, Florida.

Without further ado, let’s break down the Gran Habano Persian King Rajah and see what this cigar brings to the table.

The Gran Habano Persian King is listed as a 100% Nicaraguan puro. Other than the origins of the tobacco, most of the details of the blend are shrouded in mystery. As mentioned above, the leaf covering the foot is a claro – a lighter colored leaf, but no specifics on that leaf have been disclosed.

The Gran Habano Persian King is available in two sizes. Each is packaged in 50-count cabinet boxes.

The Nicaraguan wrapper of the Gran Habano Persian King Rajah had a medium brown color to it. There was a light coating of oil on the surface of the wrapper. The surface of the wrapper was slightly bumpy. There were a few visible veins, but most of the wrapper seams were hidden. The cigar also featured a flat Cuban-style cap on it. The claro leaf covers the footer and extends close to an inch of the base of the cigar and is twisted at the end.

The Persian King Rajah started out with a combination of cream, cedar, and classic wood notes. During the claro-covered section of the cigar, the cream notes were the primary ones. Concurrently, there was an additional layer of cedar on the retro-hale.

As the Persian King Rajah moved to the natural wrapper section, notes of natural tobacco, mixed fruit, and earth surfaced. These became the primary notes early on. The cream notes became secondary and were joined by some baker’s spice notes. Both the classic wood and cedar notes on the tongue dissipated. As the cigar experience moved through the first half, the sweetness from the natural tobacco and fruit-like notes were in control. Meanwhile, on the retro-hale, the cedar remained, but now some black pepper was mixed in.

The last third saw the natural tobacco notes diminish, leaving the earth notes as sole primary note. The natural tobacco, cream, and baker’s spice were now all complementary secondary notes. During this stage, there was a slight uptick in baker’s spice, but overall, it didn’t overpower the flavor profile. This is the way the Persian King Rajah came to a close. The resulting nub was firm to the touch and cool in temperature.

Each time I burned through the Persian King Rajah, the burn was near perfect. This cigar maintained a straight burn path and straight burn line – requiring very little maintenance along the way. The resulting ash was firm with a charcoal gray color. The burn temperature was ideal. The burn rate was a little slow on this cigar, but the only difference is it slightly lengthened the cigar experience in duration (I smoked these in close to two hours). It is also worth noting that the burn transitioned from the claro section to the natural section flawlessly. Given this burn scored very high, it earns the Cigar Coop “Exceptional” rating. 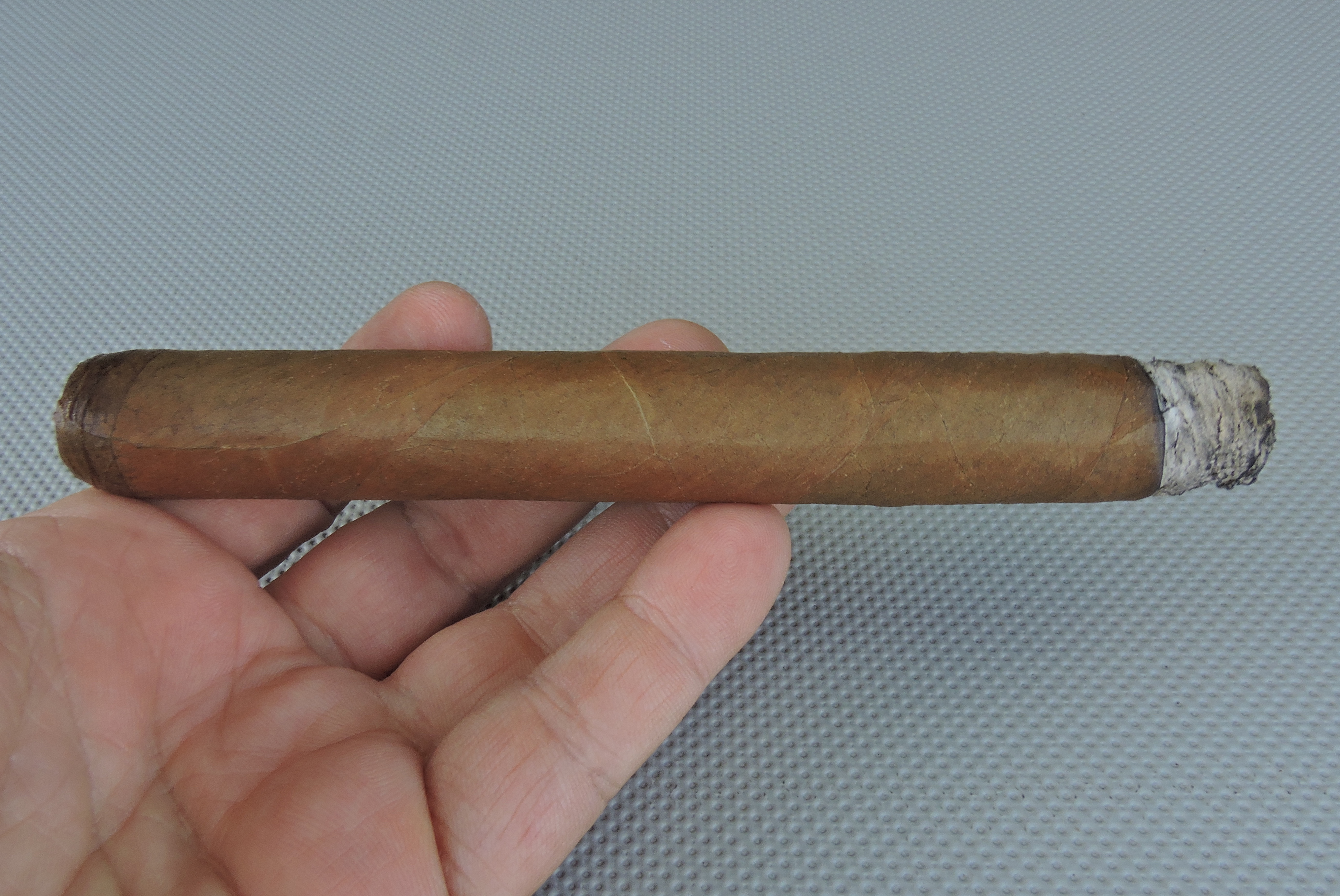 The draw performed excellently as well. It had just the right touch of resistance to it. There was an ample amount of smoke production during the smoking experience as well.

From a strength perspective, the Persian King Rajah started out on the upper end of mild to medium as it burned through the claro section. Once it crossed to the natural wrapper section, the strength level progressed to medium and remained relatively constant. Meanwhile, the flavors started out medium-bodied in the claro section and continued into the natural section as medium. During the first half, there was a gradual increase in body and by the second half, the body moved to medium to full. The body continued to gradually ramp up during the second half, but didn’t quite reach full.

I’ve mentioned it before, when it comes to delivering an excellent cigar under the $8.00 standpoint, Gran Habano is a brand that should not be overlooked. Coming in at under $6.00, the Gran Habano Persian King Rajah is a bonus. It’s a cigar that delivered in a lot of areas: it had very good flavor, a nice amount of complexity. and had excellent construction. Each time I smoke this cigar, I seem to find something more to like about it. I also think this blend has some excellent long-term aging potential. This is a cigar I would recommend to an experienced cigar enthusiast or a novice looking for something in the medium/medium plus range. As for myself, the Persian King Rajah is a cigar I’d smoke again. With 50-count boxes, it’s not practical for a box purchase, but definitely worthy of multiples for the humidor.