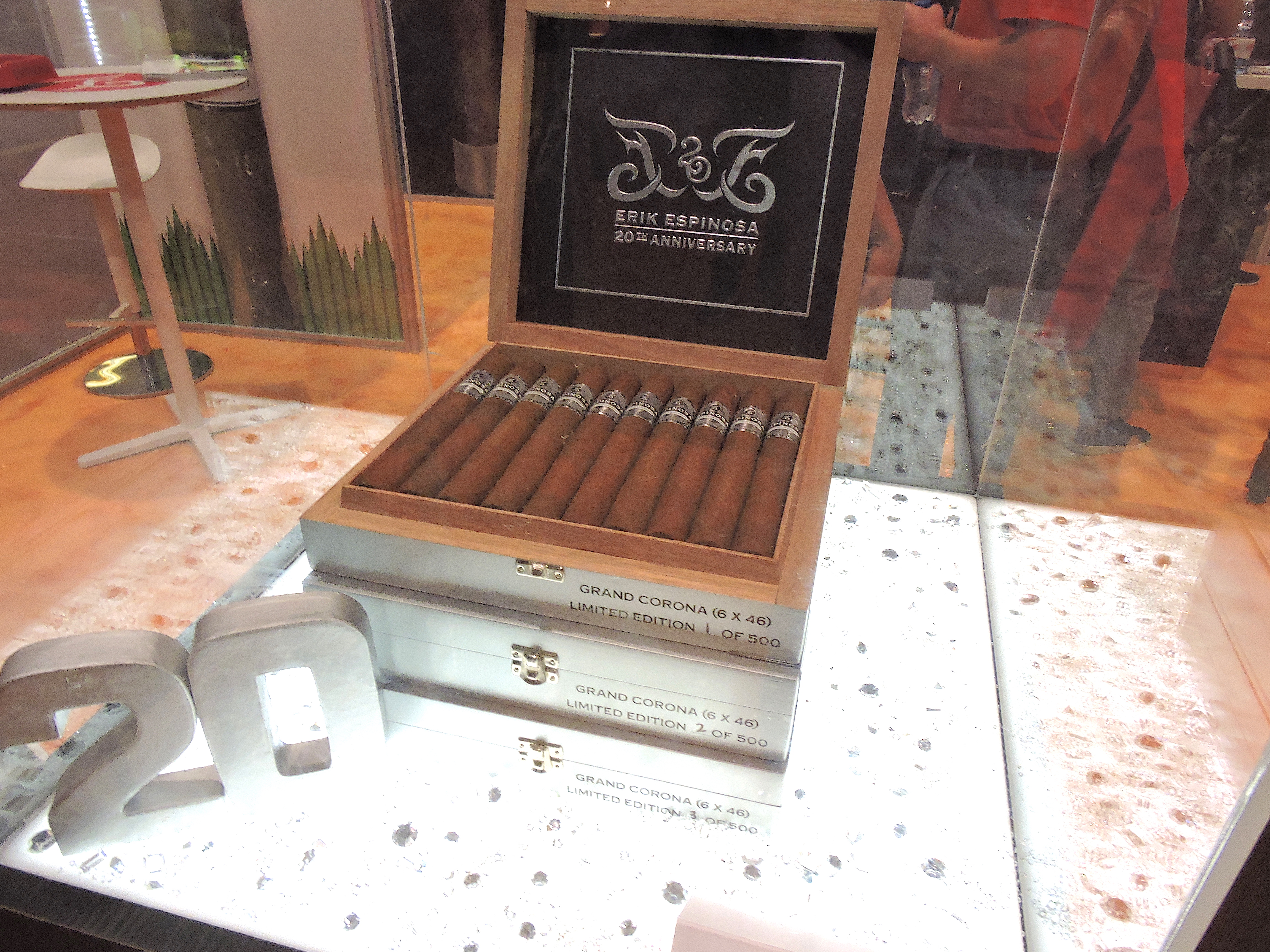 The blend to the Erik Espinosa 20th Anniversary consists of a Habano Rosado wrapper over Nicaraguan binder and filler. The cigar is available in one size – a 6 x 46 Corona Larga. The cigars are presented in 20-count boxes and production is limited to 500 boxes.

Prior to launching Espinosa Premium Cigars and becoming an owner in the La Zona factory, Espinosa was a partner in EO Brands with Eddie Ortega. He also worked on the sales end of the cigar business for many years.

At a glance, here is a look at the Erik Espinosa 20th Anniversary: