Feature Story: Spotlight on Fratello Cigars at the 2018 IPCPR 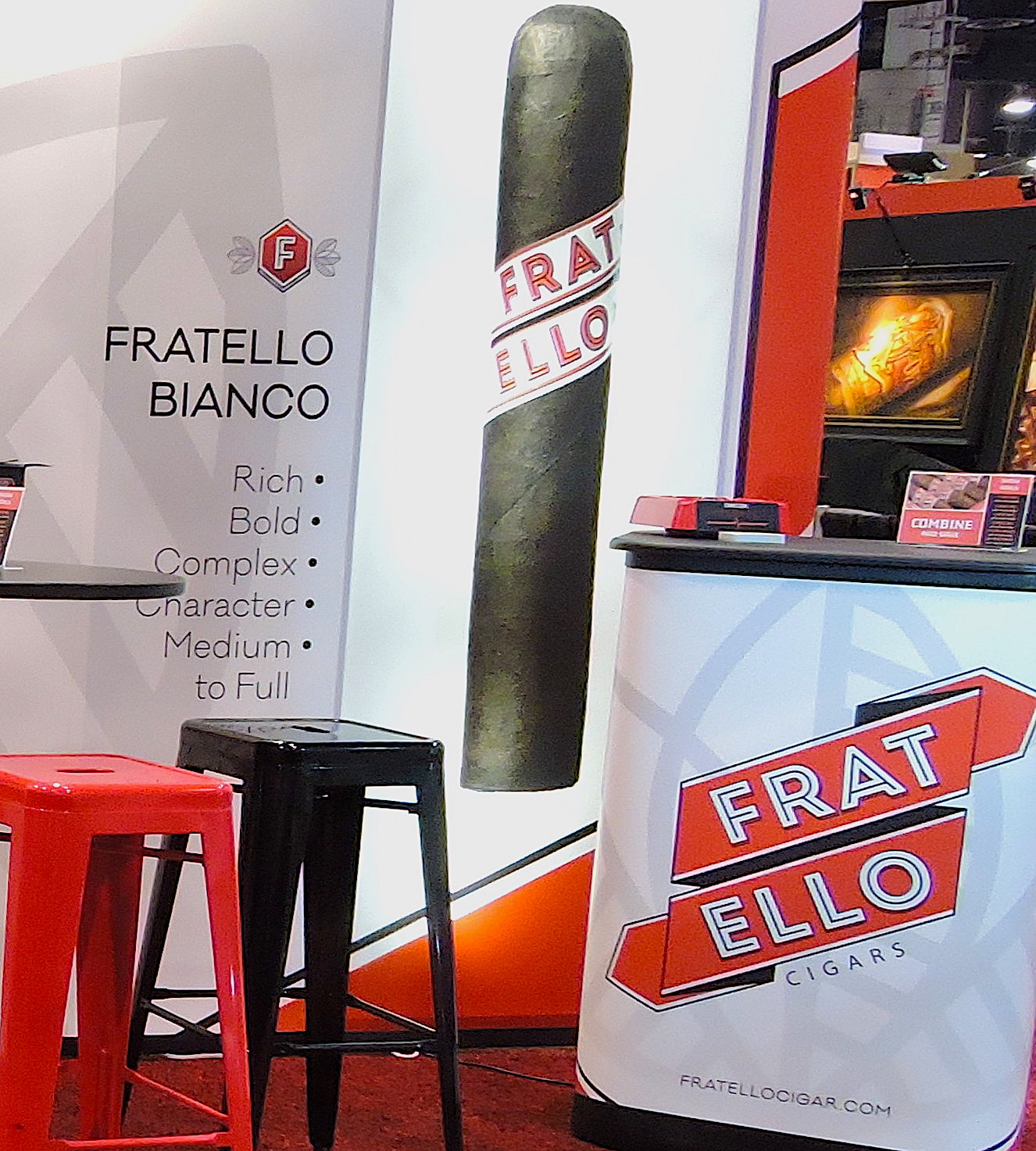 There are certain brands that you go and visit at IPCPR year after year, and you watch them grow and evolve as a brand. At the same time, you are amazed how much time passes when you first encounter them at IPCPR. One of them is Fratello Cigars. Company owner and founder Omar de Frias first went to the Trade Show in 2013, launching his debut cigar.  Now he has evolved the brand to include five different lines and has recently added an operations manager in Shannon Strang. The booth is consistently busy every year, yet de Frias always makes the time to talk to us with the energy and excitement he is known for. 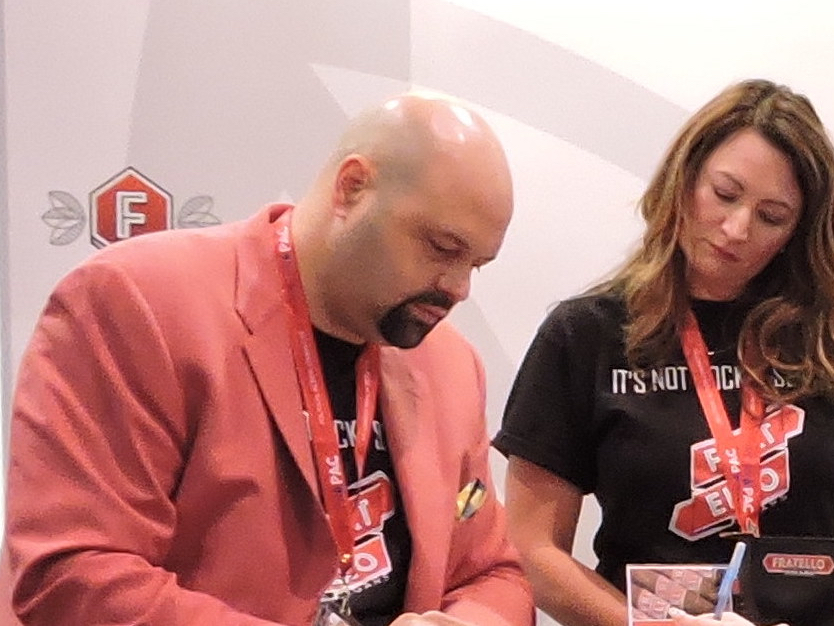 This year, Fratello introduced a new blend as well as new packaging for his first two lines.

The Fratello Navetta Inverso features all of the same tobacco components as the Fratello Navetta, but they are assembled into the blend differently. Navetta Inverso features a Habano Nicaraguan wrapper, an Ecuadorian binder, and a combination of Dominican and Nicaraguan fillers. (The original Navetta featured an Ecuadorian wrapper, Dominican binder, and Nicaraguan filler). The cigars are available in three sizes: Corona Gorda, Robusto, and Toro Fino. The cigars are presented in 20-count boxes.

Like the original Fratello Navetta, the Navetta Inverso pays homage to de Frias’ time with NASA. De Frias worked at NASA for 12 years before leaving the organization to focus on Fratello Cigars full time. 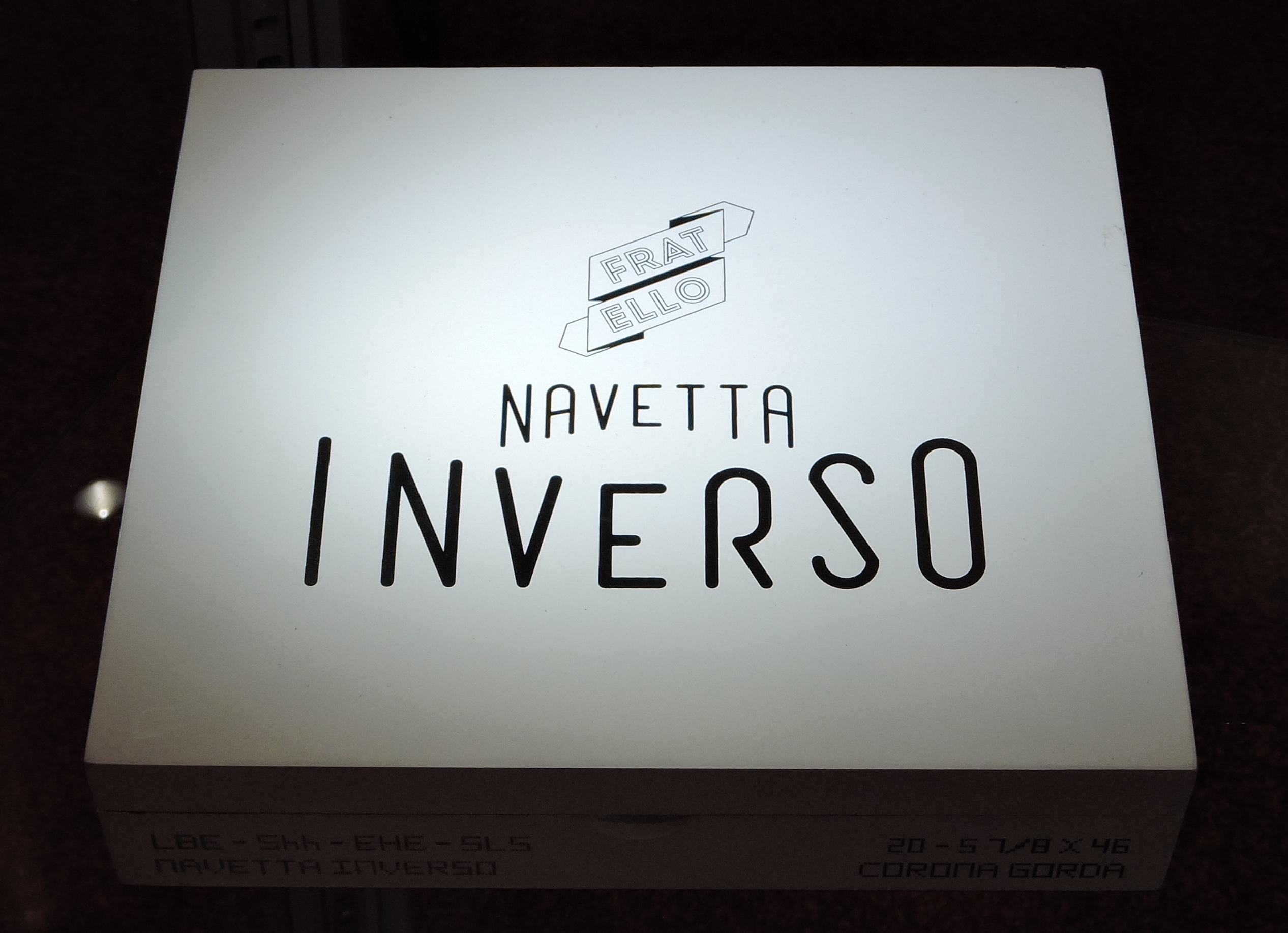 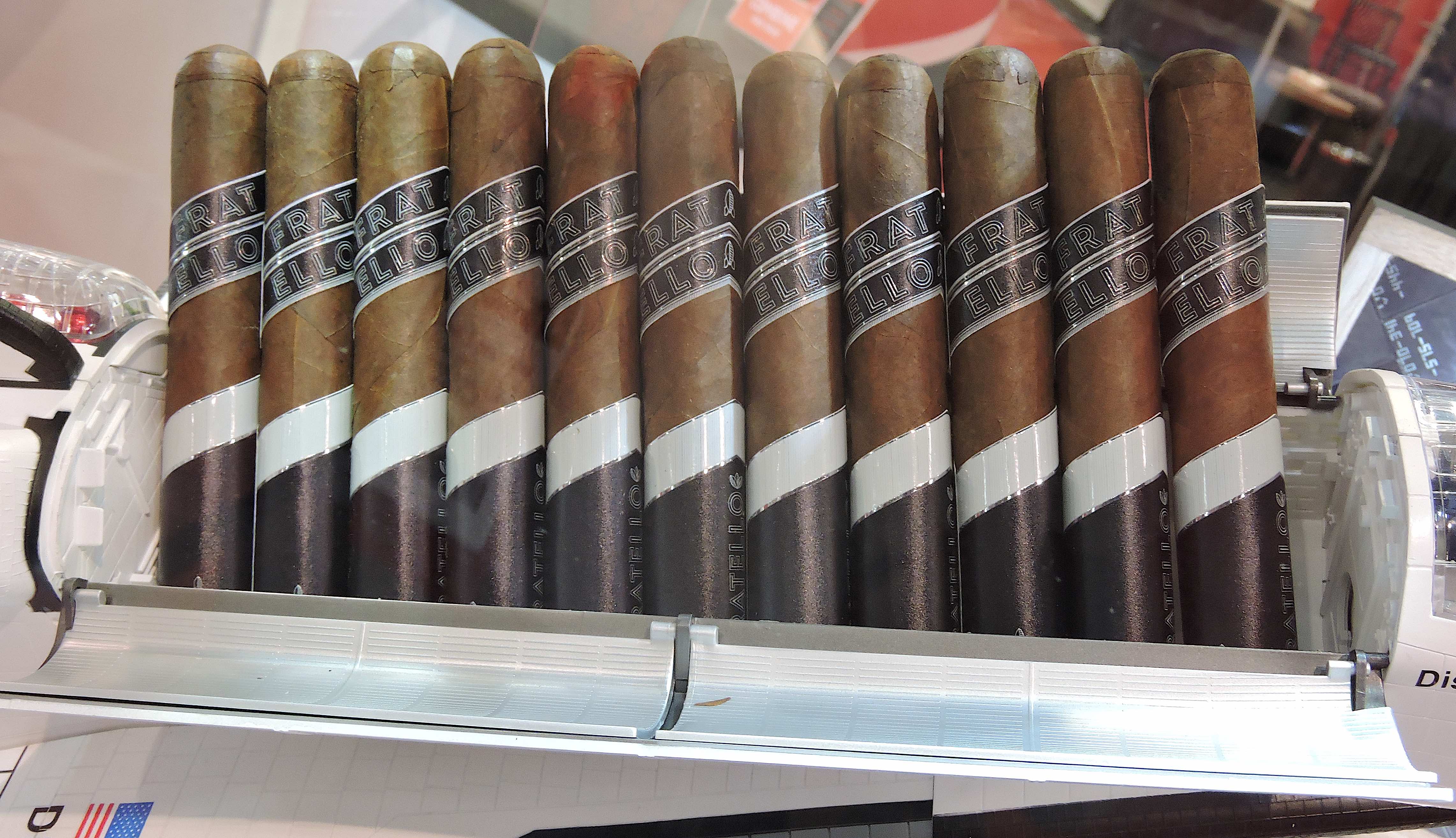 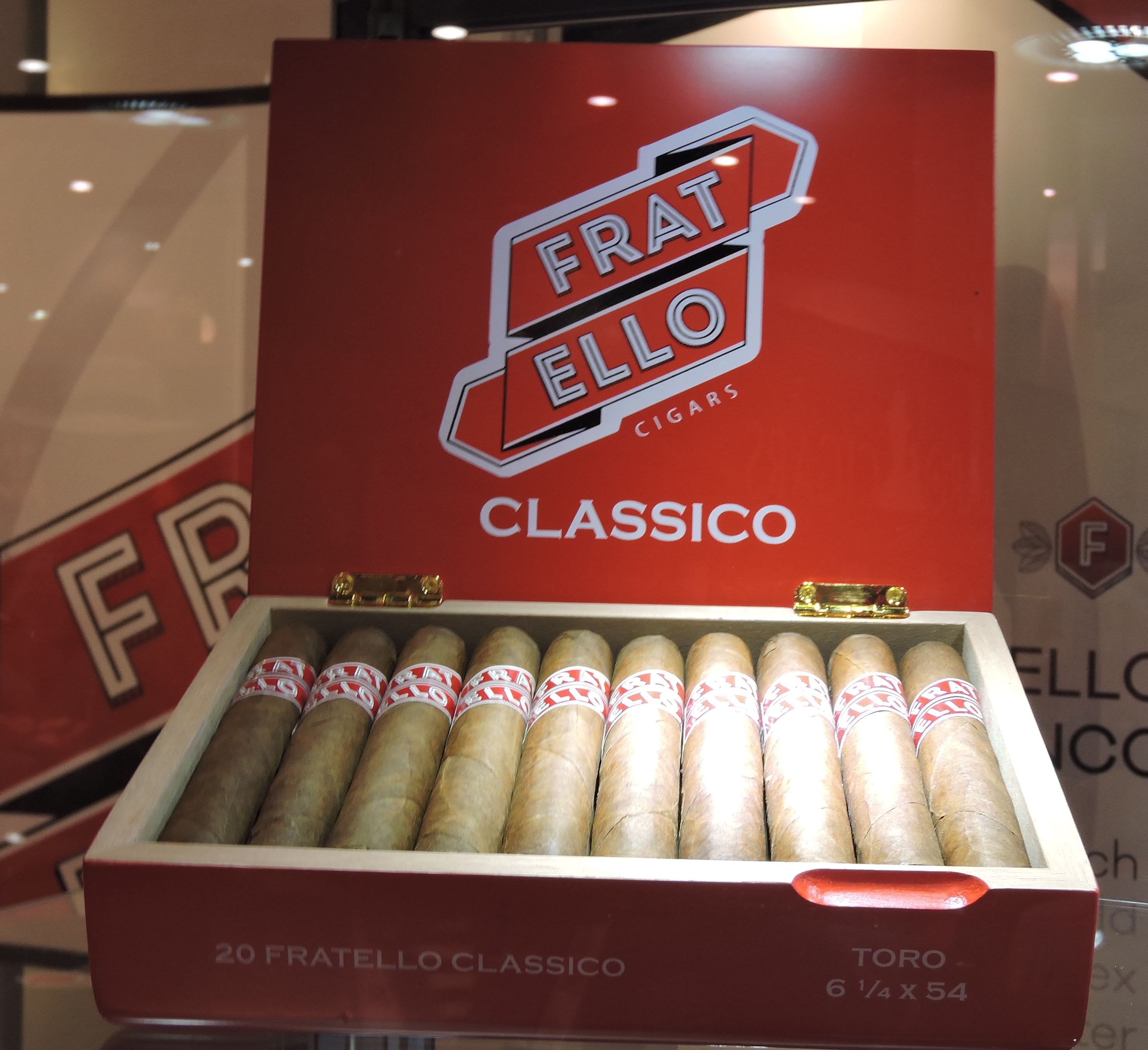 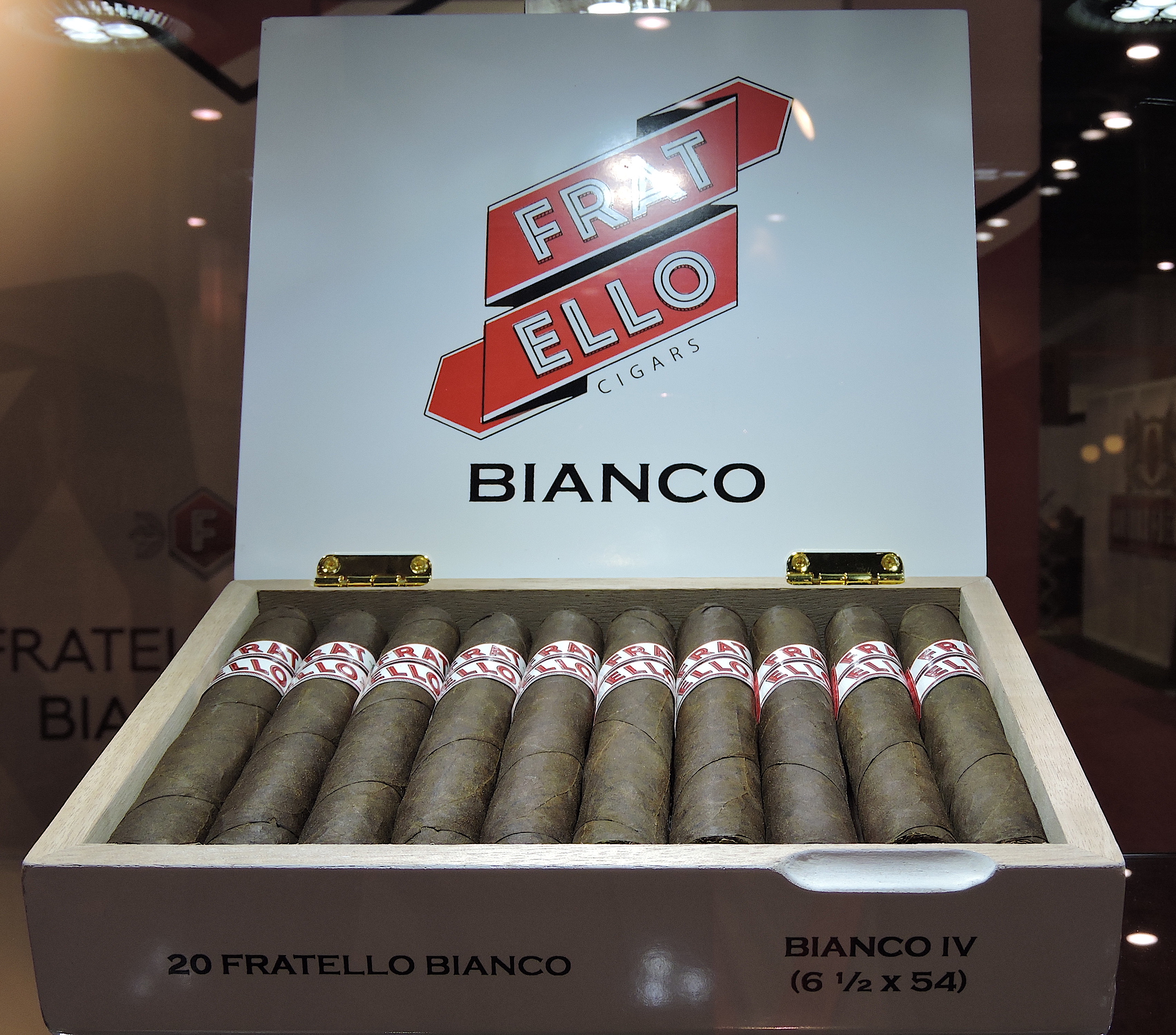