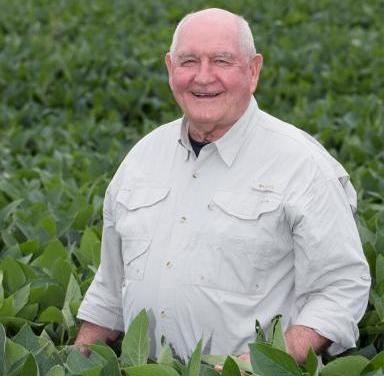 Cigar Rights of America has authored a letter to U.S. Department of Agriculture Secretary Sonny Perdue on the importance of the cigar industry in the United States and how regulations from the U.S. Food and Drug Administration (FDA) being imposed on the industry could cripple it.

In particular, the tobacco-growing operations in Pennsylvania, Connecticut, Kentucky, Florida, and Louisiana are highlighted. If regulations are allowed to advance, it could lead to an overall consolidation in the cigar industry, and ultimately less tobacco will be available from growers in these states.

Ultimately the goal is to get Secretary Perdue’s support from the Department of Agriculture in the inter-agency review process as the FDA re-evaluates how to regulate premium cigars.

The text of the letter appears below.

As you are well aware, tobacco represented the very foundation of this nation’s economy, and represented the basis for trade with Europe, and virtually served as currency for our country’s founding fathers. To this day, it still represents the livelihood for thousands of Americans, as well as with many of our international trading partners.

At this time, the U.S. Food & Drug Administration is reevaluating their approach to the regulation of premium cigars. Although a public comment period closed on July 25, we are requesting that the Department of the Agriculture issue comments during any interagency review, and communicate to the Secretary of Health & Human Services as to the significance of the agricultural element in this regulatory process, and due to the potential adverse economic consequences for premium cigar tobacco farmers in the states of Connecticut, Pennsylvania, Kentucky, Louisiana and Florida.

The FDA is advancing a regulatory program on the cigar industry that, according to the U.S. Small Business Administration, would decimate over 50% of the industry, with onerous new regulations on blends, testing, warning labels that trounce upon the artistic expression of cigar boxes and packaging, user fees and approval processes that would make it impossible to produce new blends for discerning adults.

This, in turn will impact demand and production for American cigar tobacco farmers, and hence directly threaten hundreds of family farms, as well as seasonal worker employment, and peripheral economic implications.

In an international trade context for our industry’s agricultural interests, this tobacco is primarily exported to Latin America, principally the Dominican Republic, Honduras and Nicaragua, as well as Mexico, Brazil and Costa Rica for production into premium handmade cigars, which is then imported back into the United States. In a domestic context, small and mid-sized factories also exist in Tampa, New Orleans and Miami.

The U.S. House of Representatives, under the sponsorship of Congressman Bill Posey, has H.R. 662, The Traditional Cigar Manufacturing and Small Business Jobs Preservation Act. Between 2011-2018, 292 members of the U.S. House of Representatives and 26 members of the U.S. Senate have supported this legislation that would prevent the FDA from regulating a tightly defined class of premium cigars. Your two fellow Georgians, U.S. Senator David Perdue and U.S Senator Johnny Isakson, are also patrons on this bill.

Our plea for evaluation of these questions was formally submitted to your predecessor, Secretary Vilsack, by Connecticut Congressman Joe Courtney, during his service on the House Agriculture Committee. The request went unanswered. That letter is attached for your reference.

As the President’s Administration revisits cases of regulatory overreach, we hope that the Department of Agriculture will include this in the agency’s efforts, through participation in the inter-agency review process, to prevent adverse economic consequences on the remaining cigar tobacco farms remaining in America.

Your assistance and attention to this matter would be most appreciated, as we work together to advance the President’s regulatory reform agenda.