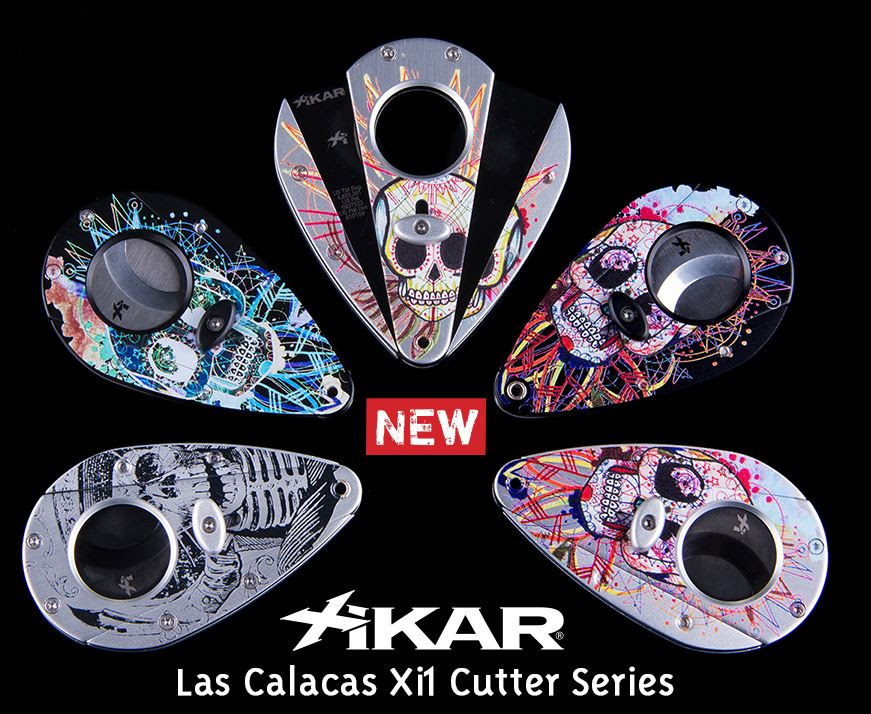 In recent years, Mexico’s Dia de Los Muertos (Day of the Dead) celebrations have been popular themes in the cigar industry. This year XIKAR pays homage to the celebration with the release of the XIKAR Limited Edition Las Calacas Xi1 cutter series. The series made its debut at the 2018 IPCPR Trade Show and is now en-route to retailers.

The Xi1 is a double guillotine cutter which arguably has become one of XIKAR’s most popular cutters.

Dia de Los Muertos is a celebration widely celebrated in Mexico to honor those loved ones who have passed away. This year the celebration is scheduled from October 31, 2018 through November 2, 2018.