Agile Cigar Reviews are cigar assessments where we use a lightweight, shorter format. These will never take the place of our comprehensive reviews. They are only used on blends we have previously assessed. This might be a blend we are re-scoring or giving a score for the first time. It might be a blend we are looking at in a different size. Today we look at the Camacho Nicaraguan Barrel-Aged Toro. This is a cigar we previously assessed back in October 2017. 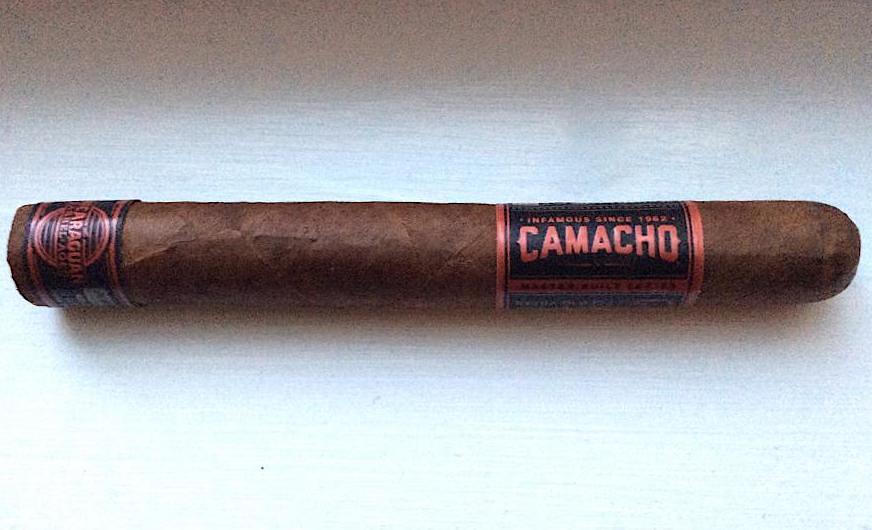 Back in 2015, Camacho launched its Master Built Series with the release of a cigar called the Camacho American Barrel-Aged. While barrel aging of tobacco is not a new concept, Camacho took a different approach than what had been seen before. The American Barrel-Aged featured a Honduran-grown Corojo leaf that was aged in a barrel previously used to age bourbon incorporated into a blend featuring American grown tobaccos. The project became a huge success and this led Camacho to try a spinoff of the concept with its third release of the Master Built Series, the Camacho Nicaraguan Barrel-Aged. This time a Nicaraguan-grown Corojo leaf was used that was aged in Flor de Cana rum (which is a Nicaraguan-made rum) barrels. This is a cigar we revisited about a year ago, and today we take another look at the Camacho Nicaragua Barrel-Aged in the Toro format. This time we look at a cigar that has been aging in the Cigar Coop humidor for an additional 12 months.

For the blend of the Camacho Nicaraguan Barrel-Aged, a Nicaraguan Corojo leaf aged in rum barrels was incorporated into a filler of Honduran and Dominican tobaccos. A San Andres Negrito leaf from Mexico was used for the binder and the cigar was finished with a dark Habano Ecuador wrapper. The Toro size is a classic 6 x 50 – a size prominently used in many of the Camacho lines. The cigars are packaged 20 per box. 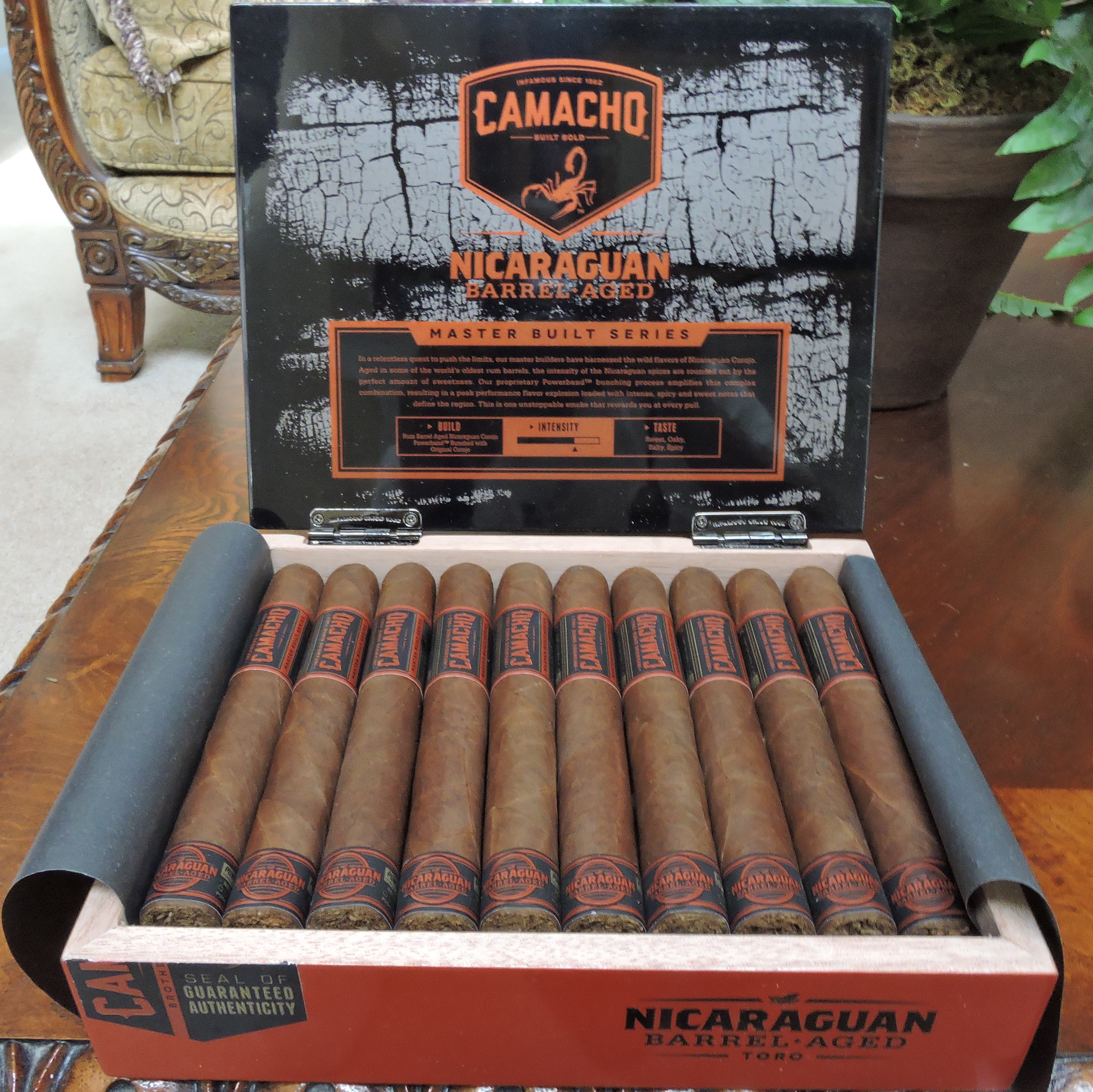 In terms of the construction of this cigar, the Camacho Nicaraguan Barrel-Aged, it borrows a concept from the Camacho Powerband (the second installment of the Master Built Series). This involves the use of a proprietary bunching technique that was designed to deliver a more intensive flavor experience.

The Camacho Nicaraguan Barrel-Aged Toro delivered a profile of earth, char, classic wood, red pepper, and some of the rum sweetness absorbed from the barrel.  Early on the rum sweetness and earth notes were showcased. I found the rum sweetness remained relatively constant throughout the smoking experience, but as the cigar was smoked, the char and wood notes became much more prevalent. Concurrently, there was also a layer of red pepper present in the background, but quite prominent on the retro-hale.

This is a cigar that starts out medium strength and medium-bodied. Both attributes build up in intensity and by the second third, the Camacho Nicaraguan Barrel-Aged Toro progressed to medium to full-bodied, and by the midway point, the strength level was also in the medium to full range.  During the first half, I found the strength and body to be relatively balanced, but during the second half, the body took a slight edge.

The Camacho Nicaraguan Barrel-Aged Toro was a cigar that responded very nicely to aging. The flavors delivered were more robust and there was a better overall balance on the aged version of this cigar. The rum sweetness never overpowered the blend – even during the early stages where it seemed to be a more prominent note. This allowed the other subtleties of the blend to be featured. This was something that I felt had been missing with the cigar experience I had last year.

This is a cigar I would recommend to an experienced cigar enthusiast, but at the same time, I wouldn’t discourage a novice from trying this cigar and experiencing what it has to offer. As for myself, the Camacho Nicaraguan Barrel-Aged Toro is now one that garners box worthy consideration – and it’s a cigar I look forward to smoking more of.