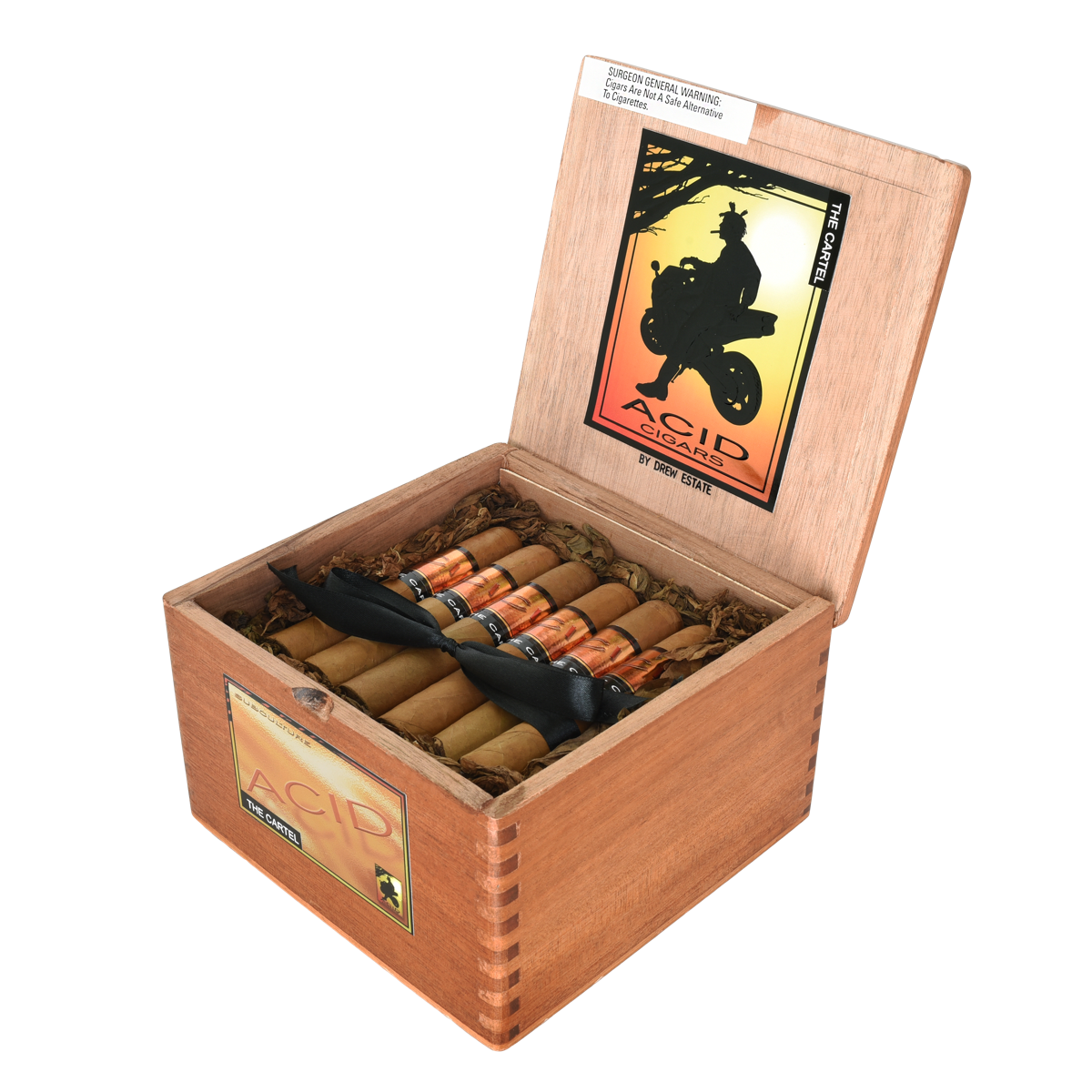 Drew Estate has announced the return of another offering in its ACID portfolio as a shop exclusive. The company has announced that ACID Cartel Subculture will become an exclusive offering for Michigan-based JML Wholesale, who operates approximately 80 retail stores as Wild Bill’s Tobacco.

ACID Cartel Subculture is a cigar that made its debut back in 2007. It’s a 5 x 54 Robusto and its highlighted by a Connecticut Shade wrapper. The cigar is presented in 24-count boxes. Pricing is set at $238.80 per box.

In a press release Jonathan Drew, President and Founder of Drew Estate notes, “Next year we are entering a huge milestone for Drew Estate, the 20th Anniversary of ACID cigars. JML has long been more than just a partner to us in Michigan, they are true friends. We are excited to be re-launching the ACID Cartel with them, bringing a piece of ACID history back to the forefront of a landmark moment for Drew Estate.”