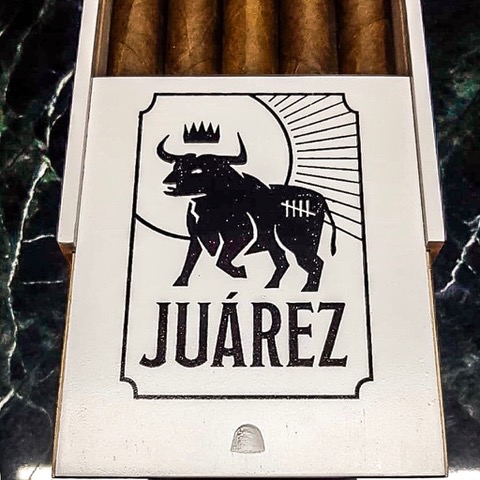 Crowned Heads has announced its exclusive project to online retailer Thompson Cigar known as Juarez. It’s a cigar being produced in conjunction with a factory known as Tabacalera Pichardo.

According to Crowned Heads, the Juarez was inspired by Jericho Hill – the company’s first Mexican San Andres Mexican wrapped cigar.  “The challenge was put forth to us by Thompson Cigar Co. to create a value-conscious alternative to our Jericho Hill brand,” commented Crowned Heads co-owner/co-founder Jon Huber. “We had been working behind the scenes with Tabacalera Pichardo in Estelí (Nicaragua) on some blends since 2016, mostly just fun, but as time passed and more and more samples were delivered, we became very impressed with the quality and there was certainly potential in working with that house. When we smoked the final blend that would ultimately become ‘Juarez’, we felt like we had something ready to launch.

In addition to a San Andres Mexican wrapper, the blend for Juarez features an Ecuadorian Sumatra binder, and a mix of tobaccos from Nicaragua and the Dominican Republic in the filler. The cigar is available in three rounded parejo sizes: 4 3/4 x 52, 6 x 54, and 5 x 56. Each cigar will be available in 20-count boxes with pricing ranging from $5.95 to $7.95 per cigar. 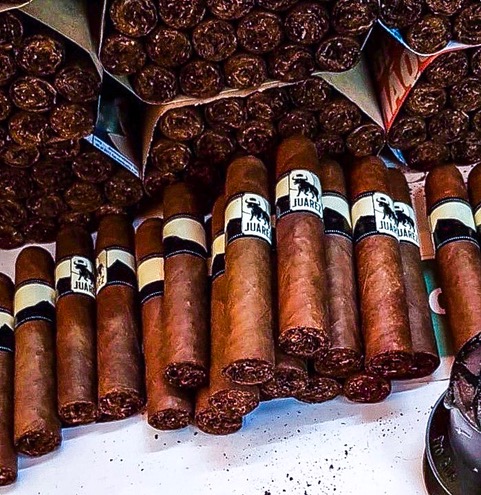 As for the factory, Tabacalera Pichardo is the second factory that Crowned Heads is collaborating with for the first time. Earlier this year, Crowned Heads announced it was working with Drew Estate for the Buckeye Land cigar.

According to Crowned Heads, Tabacalera Pichardo was established in 2005 (then known as Dhatuey Tobaccos). It was founded by Don Radio Pichardo. Originally from Cuba, Pichardo is a third-generation agriculturist who worked under the late Arsenio Ramos. In 2014 Pichardo teamed up with entrepreneur and sommelier Luciano Meirelles, who helped expand the operation. Today Tabacalera Pichardo is producing cigars for 16 brands and 12 different countries.

Thompson Cigar is an online retailer that was acquired by Scandinavian Tobacco Group (STG) earlier this year. It is known to sell a wide variety of exclusive cigars made just for Thompson.

At a glance, here is a look at the Juarez: