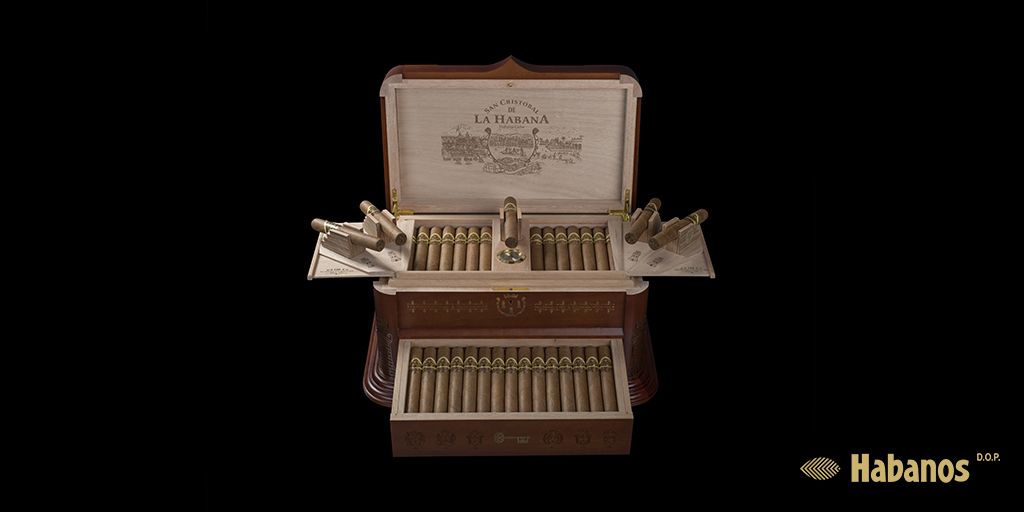 The first night of the XXI Festival de Habano paid homage to the 500th anniversary of Havana. On center stage that evening was Habanos S.A.’s San Cristobal de la Habana, the brand named for the city of Havana which was celebrating its 20th anniversary. On the gala evening, a special limited edition handcrafted humidor was shown off. It containined a new limited edition marca of the San Cristobal de Habana line known as 1519.