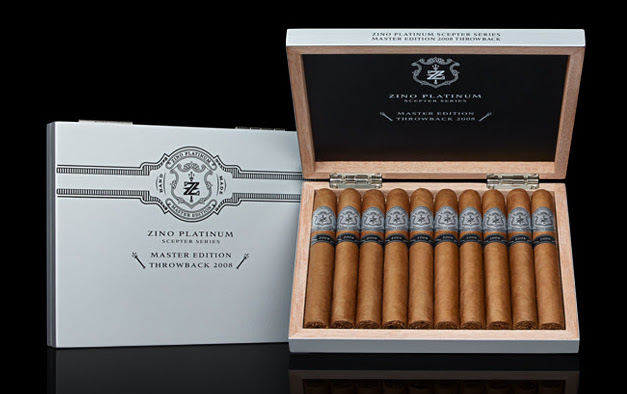 The blend features tobaccos from five countries including an Ecuadorian grown Connecticut wrapper along with a Dominican Olor binder and fillers from the Dominican Republic, Nicaragua, Honduras, and Peru. The cigar comes in one size – a 5 5/8 x 46 vitola. The cigars are presented in 10-count boxes with a total production of 25,000 for the Throwback release.

The Zino Platinum Master Edition series ran from 2007 through 2010.

At a glance, here is a look at the Zino Platinum Master Edition Throwback 2008