Agile Cigar Reviews are cigar assessments where we use a lightweight, shorter format. These will never take the place of our comprehensive reviews. They are only used on blends we have previously assessed. This might be a blend we are re-scoring or giving a score for the first time. It might be a blend we are looking at in a different size. Today we look at the Crux Guild Short Salomone. This is a cigar line we previously assessed several times, most recently in October 2018 in the Corona size. 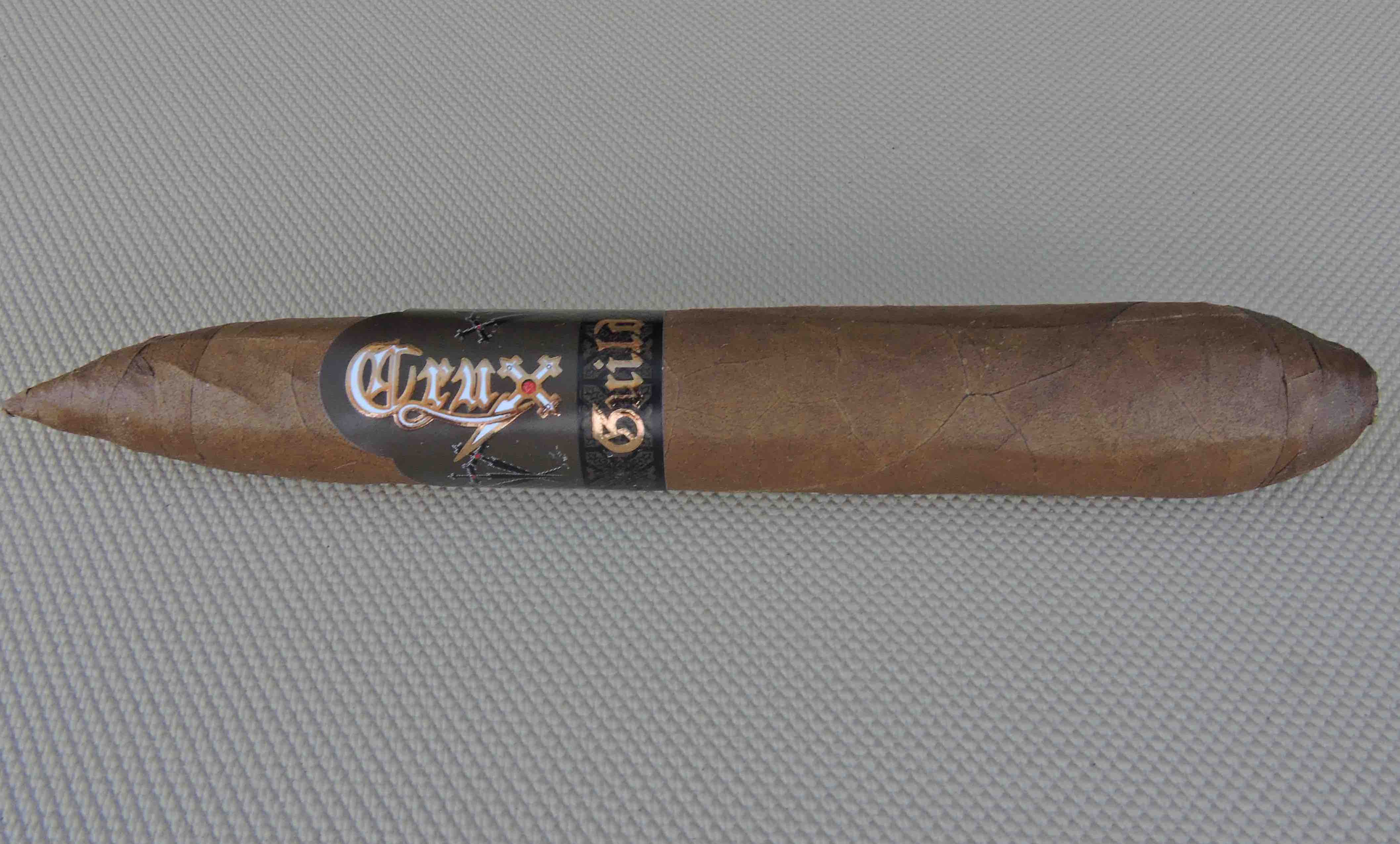 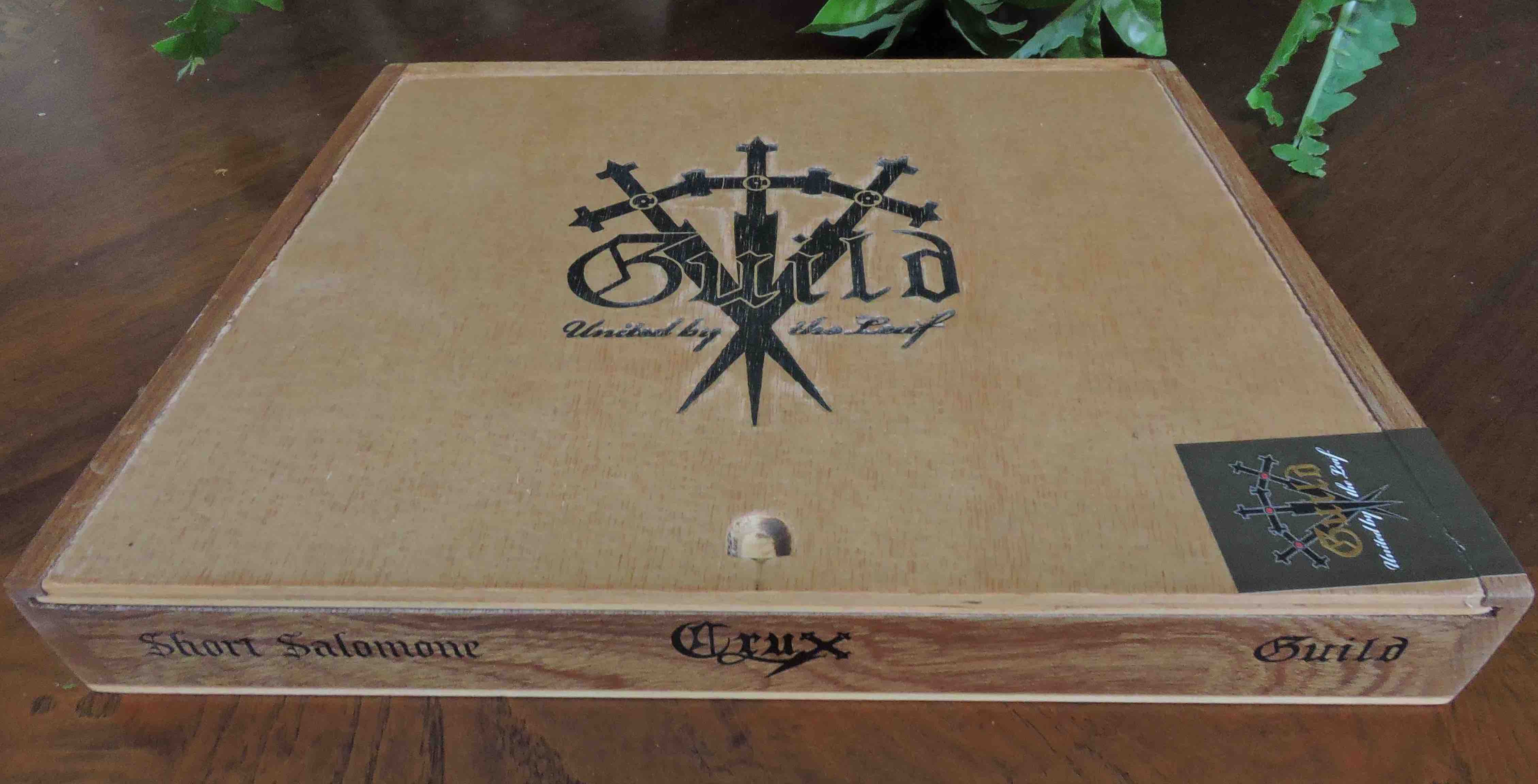 It was in 2015 when Crux Cigars introduced the Crux Guild line. This is a line designed to pay homage to the “craftsmanship and history of cigars as a handmade product which allows each person who enjoys them to be ‘United by the Leaf’.” Concurrently, it is also designed to be one of the bolder offerings in the Crux portfolio. 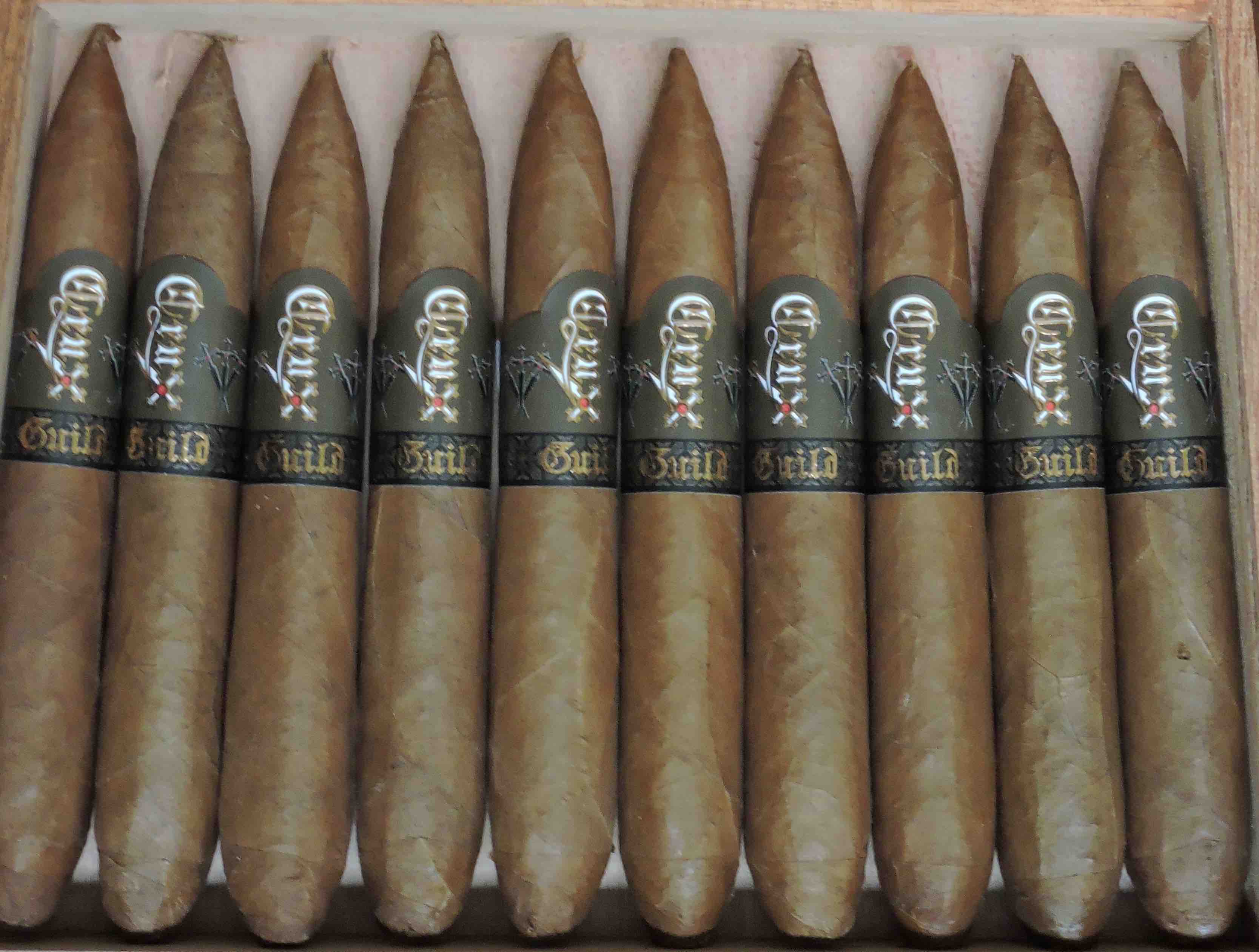 As for the blend, it consists of an Ecuadorian Habano wrapper over Nicaraguan binder and fillers. As with all Crux products, the company works with the Plasencia SA facility in Estelí, Nicaragua to handle production. The Crux Guild Salomone is packaged in trapezoid-shaped ten-count boxes. 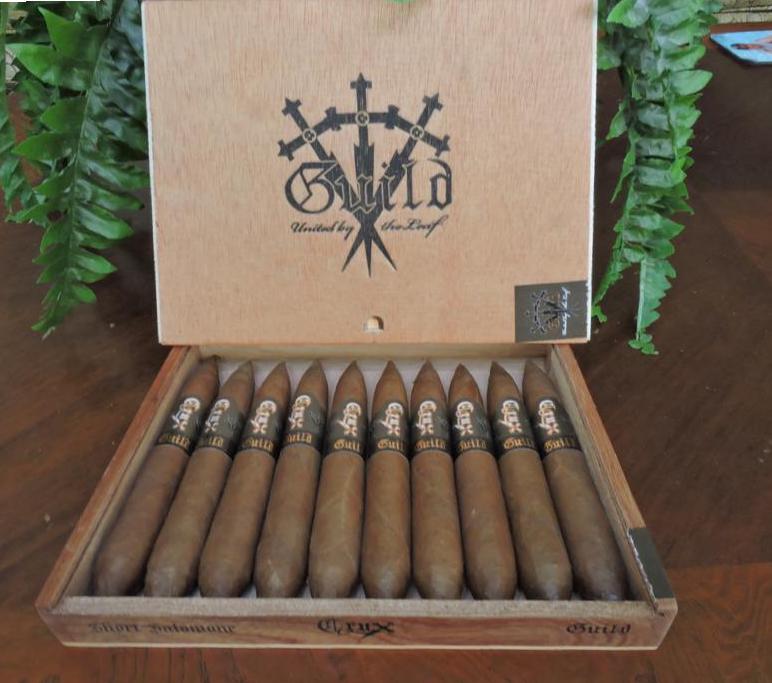 The Crus Guild Short Salomone started out with notes of natural tobacco, raisin, black pepper, and a slight chocolate note. The raisin and natural tobacco notes became primary early on with the chocolate and pepper notes secondary. Usually, raisin is a sign of young cigar in my book, that’s not so with the Guild Short Salomone. During the second third, the chocolate notes increased joining the natural tobacco in the forefront. Meanwhile, the raisin notes settled into the background with the pepper. Just past the midway point, the pepper spices increased. By the last third, the chocolate note morphed into an earthy note which joined the natural tobacco. The pepper notes closed into the forefront, but did not overpower the flavor profile. Meanwhile, there still were some raisin notes in the background. As the cigar came to a close, the resulting nub was soft to the touch and cool in temperature.

The flavors of the Crux Guild Short Salomone remained medium to full-bodied from start to finish with little variance in intensity. The strength started out dead-center medium and slowly built up throughout the smoking experience. By the second half, the strength crossed into medium to full territory and the increase in intensity leveled off.

This is a cigar I would recommend to an experienced cigar enthusiast, but it’s certainly one a novice could enjoy – especially if one is looking for a medium/medium plus cigar. As for myself, it’s a cigar I’d smoke again – and it’s one worthy of having multiples in the humidor.