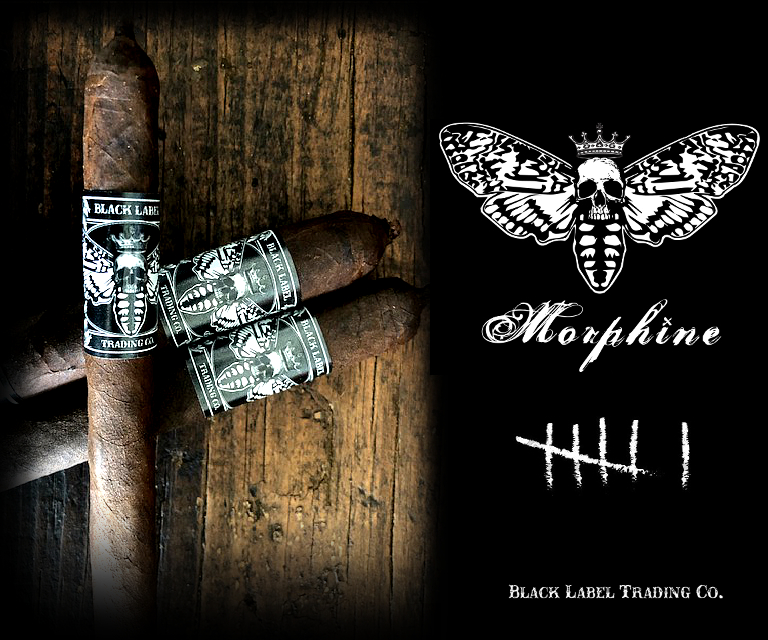 “I can’t believe it’s been six years since our first Morphine release. To celebrate we have brought back one of my favorite vitolas, the 7×38 Lancero. The other vitolas are old favorites also, the short Robusto and the Box Pressed Corona Gorda. This years vintage is rich and earthy with bold spice on the retro. The key note flavors are raisin, black cherry and a big blast of anise on the finish. This vintage is one of the best yet!” said James Brown, creator of Black Label Trading Company and partner at Fabrica Oveja Negra in a press release.

The lancero first made an appearance with the Morphine line when it debuted in 2014. The Short Robusto and Box-Pressed Corona Gorda followed in 2015. In each year of the release, the company has changed up the vitolas released for each annual installment of Morphine.

Morphine is produced at Brown’s Fabrica Oveja Negra in Nicaragua. The cigars are expected to ship to select retailers nationwide this week.