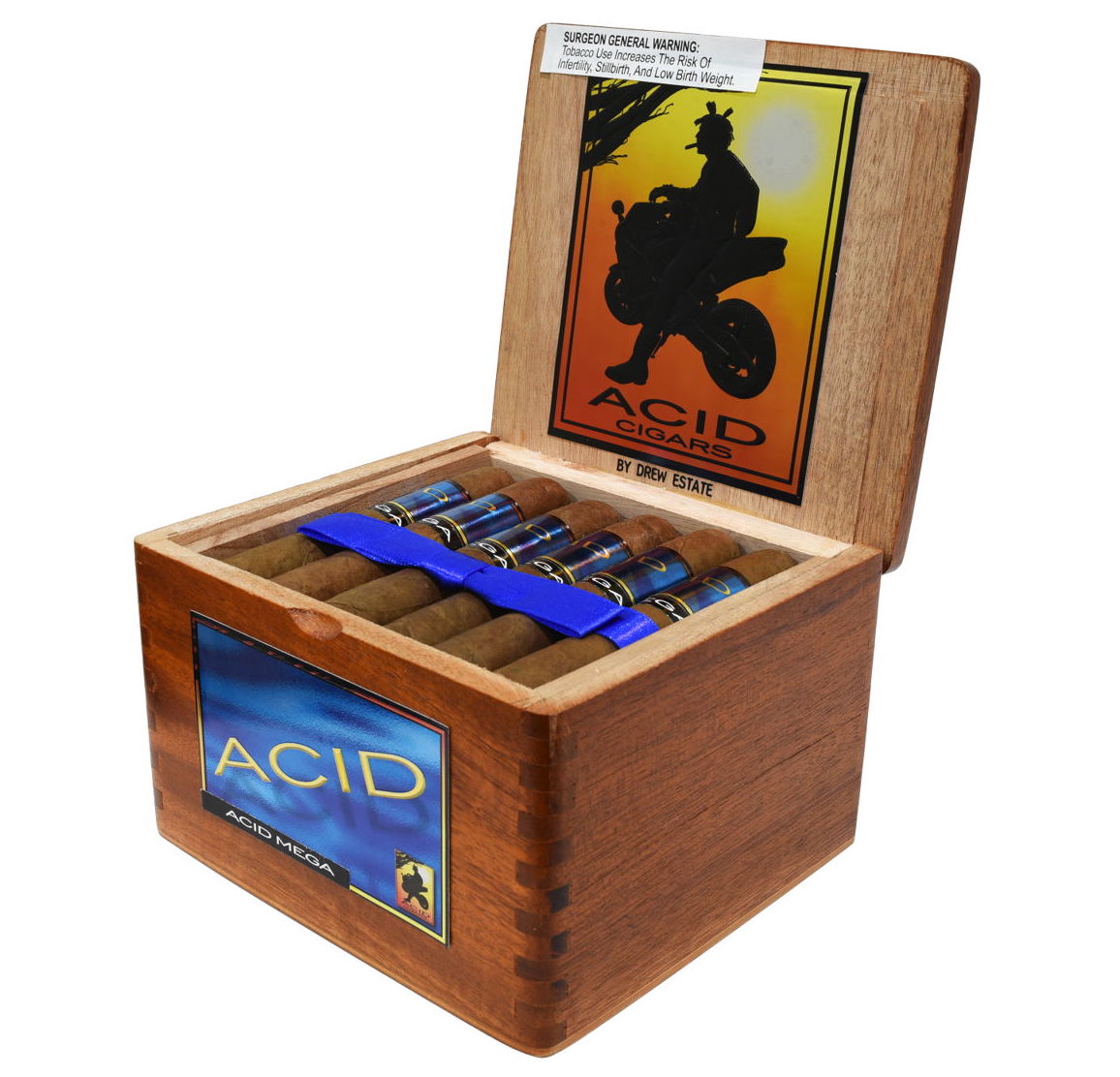 Coinciding with the 20th anniversary of Drew Estate’s ACID brand, the company announced the launch of the ACID brand in Germany. The launch begins with the introduction of ACID Blondie and ACID Mega and a series of supporting events.

ACID Mega is actually ACID Cuba Kuba with a new name for specific international markets. The cigar itself is a 5 x 54 vitola featuring a Sumatra wrapper and filler tobaccos from Nicaragua. Meanwhile ACID Blondie is a 4 x 38 offering featuring a Connecticut wrapper over Nicaraguan binder and fillers.

“We have reached a major milestone as we celebrate the 20th Anniversary of ACID with our global expansion into Germany. We have always said, the only way to describe ACID is to experience it. Now our European consumers will have the opportunity to experience ACID, which has been blowing minds in the United States for 20 years. Welcome to the party!,” commented Jonathan Drew, President and Founder of Drew Estate.